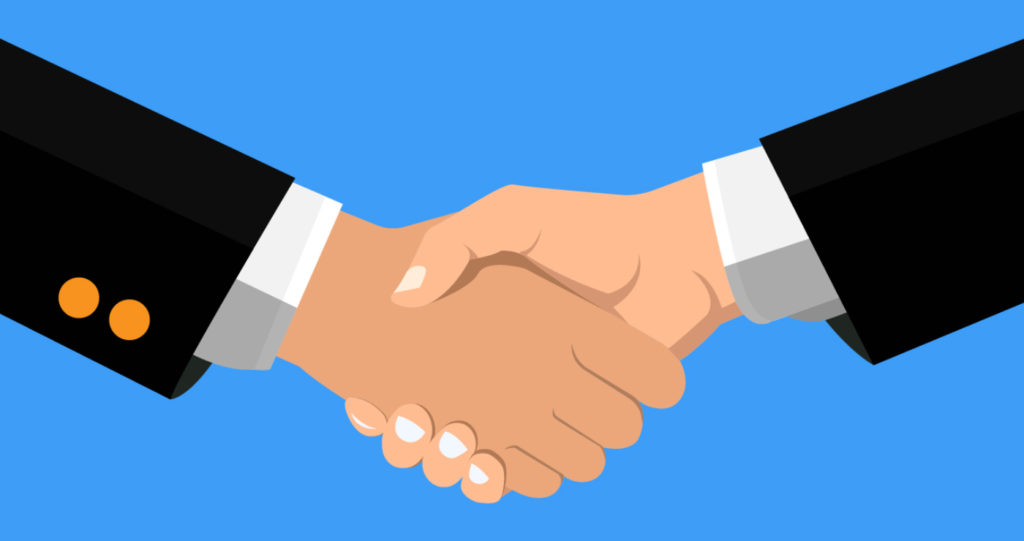 In this article, I’ll explain how to build rapport on a sales call, and 4 lethal mistakes to avoid during your sales conversations.

In our rush to focus on the latest automated email app or Chrome extension, we’ve forgotten that at its core, sales is about harnessing the power of human-to-human interactions. Because of this, too many salespeople are sabotaging their opportunities for success from the very start.

You might be a rookie rep who wants to engage new prospects more quickly or a veteran who needs to uncover more opportunities in your existing pipeline. But when you improve the way you start your sales conversations, you create more trust, influence, and engagement that you can leverage later in the relationship.

There are a few all-too-common mistakes that professionals make at the beginning of their sales calls. Let’s look how you can avoid these pitfalls and instead use a simple process to create genuine connections to the people you work with.

4 Mistakes That Set Your Sales Conversation Up for Failure

1) You Skip The Small Talk

Creating a connection with your prospect starts from your very first interaction. If you want prospects to trust you when you make a suggestion down the line (e.g. a closing question), you have to set it up from the start.

The first place to hone for increased sales success, then, isn’t the end of your sales conversations, it’s their beginning.  For example, too many salespeople think that small talk is something we engage in before we get to the important stuff.  In fact, they’ll try to skip over it because they think it’s a waste of time.

But there’s no such thing as small talk, just small salespeople.

If you skip over small talk, you skip over the first chance to make build a bond.  Talking isn’t always about sharing information, it’s also about developing a social bond.

Communication scientists call this phatic communication.  It’s why asking someone how they are doing is so important.  You’re not asking because you need to know.  You’re asking in order to show that you care.

2) You Talk AT Your Prospect

Your prospects don’t sit around thinking, “Gosh, I really wish someone was just talking at me right now.” Which is unfortunate because most salespeople get into sales because they were told they were a good talker. I know I did. But that’s just not the case. Don’t just talk at your prospect, as there’s no opportunity to create a real connection.

The best salespeople understand this and know how to reverse it.  If you want to be interesting to your prospects (and get them interested in what you are offering), take an interest in them.  You don’t have to be interesting, instead, be interested.  That’s how you create a connection.

I’ve seen salespeople get so excited that they have a real live prospect that they end up going overboard and killing the relationship before it can breathe.

Here’s the fastest way to do that: spend the first few minutes bragging about how awesome you, your offering, and your company are.

Salespeople do this because they think that they have to start “sharing value” right from the very beginning.

But it just sounds like bragging, and that isn’t the way to make them trust you.

The less you try to impress, the more impressive you are.

When you are first creating the bridge of rapport with someone, don’t go overboard.

I’m sure you’ve been in a conversation with someone when they “jumped the shark” and took things way too deep way too fast.

You’re just chatting with someone you met at a party and all of sudden they’re telling you how horrible their ex-girlfriend is (in detail) or they are asking you about your feelings on religion, politics, and the 2nd Amendment.

This does the exact opposite of what you are going for: it pushes people away.

Don’t assume you have to be best friends with your prospects in order to create trust.  Avoid oversharing or pushing them to tell you their deepest thoughts and opinions.  You don’t have to be BFFs, just friendly.

3 Plays For Building Rapport During Sales Calls (Depending On Time)

One of the challenges with scripting relationship-building is that it can come off as stilted and fake.  It’s one of the reasons why salespeople often resist any kind of scripting at all, but that’s just throwing the baby out with the bathwater.

We all have different personalities and different styles. The key is to find a few guiding questions and ideas that you can bring into your conversations to help you build the relationship.

And important to note, none of these ideas have to take a lot of time.  Even 60-90 seconds spent on relationship-building can have huge benefits on your sales conversations.

What if you are starting a conversation cold?  For example, what happens when you have prospect who is willing to give you 5 minutes, and that’s it.  Time is of the essence, and you can’t ask for a person’s life story.

But even a simple question can build the emotional bond:

If you are in different cities, “I’ve heard that Toronto is a very cosmopolitan city? How long have you been there?”

If you are afraid to waste time, use the phrase “by the way” to interrupt yourself and ask a quick question about them. “By the way, I noticed that you are adding a lot of people right now, is it making it tight on space in the office?”

You Have a Little More Time (AE)

When you are going into a conversation that isn’t as time-constrained, there are a lot of opportunities to build the relationship.

Let’s say you have a sales presentation scheduled for 30 minutes.  You can easily spend a minute or two talking with the other people at the meeting:

In-person meetings or video meetings are the best for noticing your prospect and their surroundings. “That’s a really interesting painting, where did you get it?” or “I hear a dog in the background…is that the office dog?  What’s its name?”

If you know of a success or big move that your prospect’s organization has had, congratulate them and ask them their perspective on it. “I saw you recently expanded your Dallas office. Is the growth affecting you much?

When there was a large holiday or event in the recent past, ask how they spent it (and volunteer  how you spent it first to make them more comfortable).  “Are you back in the swing of things after the 4th of July weekend?  We had a really low-key cookout with some neighbors – did you get a chance to enjoy it?”

As you move into more complex (and longer) sales cycles, there will be more opportunities to build the bond between you and the people you work with.  You will have more time to focus on relationship-building.  Unfortunately, it will also be easier to take that for granted and let your connections wither.

“How is the wife and kids?” is such a hackneyed question, but its essence is crucial.  If you have an on-going relationship with a prospect or customer, you will find out about their life.  Take notes about relevant topics and ask after them.  “Last time we talked you were getting your daughter ready for college, how is that going?”

When you have more than one contact at a prospect organization, it’s important to navigate the relationships between them.

“I had a chance to talk with Bill last week.   He was telling me that there’s been a lot of pressure to get the new line out fast.  Has that affected you guys in marketing much?”

It’s OK to share about yourself.  Avoid the mistake of oversharing, but understand that reciprocity is critical in human relationships.  If you work with a prospect or customer over months or even years, be professional, but be human and let them into your world a little.

Whenever you engage with your prospects and customers, remember that each of them is a person. Connect with that person, and you unlock a host of possibilities. David Fisher
@david-j-p-fisher
More from this author
Stop “Closing” Your Prospects! Instead, Ask Them For The Next Step (Checklist)