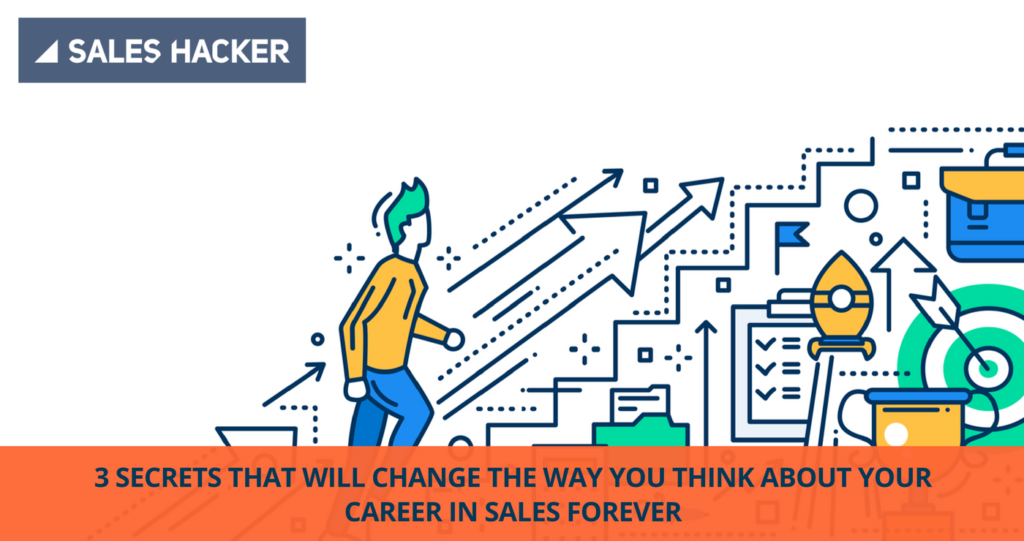 The software and technology landscape around you is changing rapidly—that means your career path in sales too. But in order to accelerate your sales career, you have to balance the risk versus the reward.

This is how I did it, and what you need to know to do it too.

Step 1: Find out what you want for your career

I started my professional sales career at HubSpot in 2012. And as soon as I learned my way around the product and how to run a sales process, I became increasingly interested in sales strategy.

How could I produce more with the same effort?

I knew call reviews focused on both qualifying and closing—these would move the needle. But I also learned that the biggest closed-lost-and-churn reason was, “no time, too hard”.

HubSpot asked customers to invest heavily in blogging. What was tricky was many businesses didn’t have a champion committed to writing regularly. Or most signed up with the best intentions of writing and then dropped the ball.

How a simple playbook helped me sell surprisingly easier

Interests outside of my own quota had led me to work with colleagues in Customer Training, Product Marketing, and Channel Sales. One of our Channel Partners created a survey asking about a customer’s buyer persona. And then turned the results into a step-by-step playbook on everything a customer would need to do to win using inbound marketing.

It included an outline of the first 9 blog posts a customer should write. The partner used this to sell their content writing services. They helped me use it to close deals where the customers were sensitive to the unknown challenges of blogging. The Content Marketers Blueprint helped me close several deals during a grueling time at HubSpot.

After 6 years of up-and-to-the-right signup growth, the “Lead Fiscal Cliff” occurred. Lead flow died, for the first time in my tenure, teams missed quota. A year later, 3 out of the 10 members of my sales team were still around. Strategies like the Blueprint helped me close the business needed to earn my stay.

This experience, along with a few other out-of-the-box efforts led me to be more interested in our sales and marketing alignment mechanics than my own funnel. Leveraging the sales machine excited me more than the pursuit of individual deals.

How I, along with HubSpot, evolved (you’ll see how I toyed with a ton of ideas)

At this time, HubSpot wanted to get into the sales productivity software game and was playing around with different product ideas. AtQuota didn’t make it, but Signals (now known as HubSpot Sales) did.

Along with another sales colleague, Mike Pici, I had an opportunity early on to be a part of the brainstorming and selling of these fledgling products. It was the most exciting and fulfilling experience I had at HubSpot.

And, after a time, my colleague joined the product team full-time to help sell and figure out what to sell in what would become the HubSpot sales suite.

Still, in the core business funnel, I was jealous of the rapid learning and high day-to-day variance Mike was experiencing. He was selling an immature software tool and taking all of the closed-lost-and-churn reasons back to product to make it better. After a time, the product matured to a state where people in large volumes were buying without a rep.

Over the next year, Mike built out a sales a team and worked with Mark Roberge to innovate on compensation, strategy, hiring, and messaging.

I, on the other hand, was doing very well in the core business funnel. Software sales can be lucrative. If I continued to do well, I’d have a good shot to pursue upcoming sales management opportunities. This didn’t do much to get me excited.

I began playing around with the idea of traveling the world and working remotely in my Account Executive (AE) role. I thought of business school, enterprise sales, moving to NYC, something to cover a hole I felt in my work.

However, each of those was a band-aid. Ultimately, I recognized that I wanted what Mike had—an opportunity to use my sales skills and creativity to help develop a product and sales machine to bring to market.

Another opportunity similar to Mike’s was unlikely to emerge internally, so I opened my eyes to the outside.

Step 2: Find out if there’s a way to get it faster

Around this time I started reading Jason Lemkin on Quora and then SaaStr.

Jason’s posts introduced to me the concept of a “Stretch VP”—a person who could enter a company at an early stage with limited experience and grow with that company as their sales leader.

Boom! It hit me right then.

There was a precedent for fast-tracking to sales leadership. (Now, reading more closely, I should have been discouraged. My experience was still too limited to fit his definitions, but, sometimes we hear what we want to hear.)

The road to being a stretch VP (the options I had) 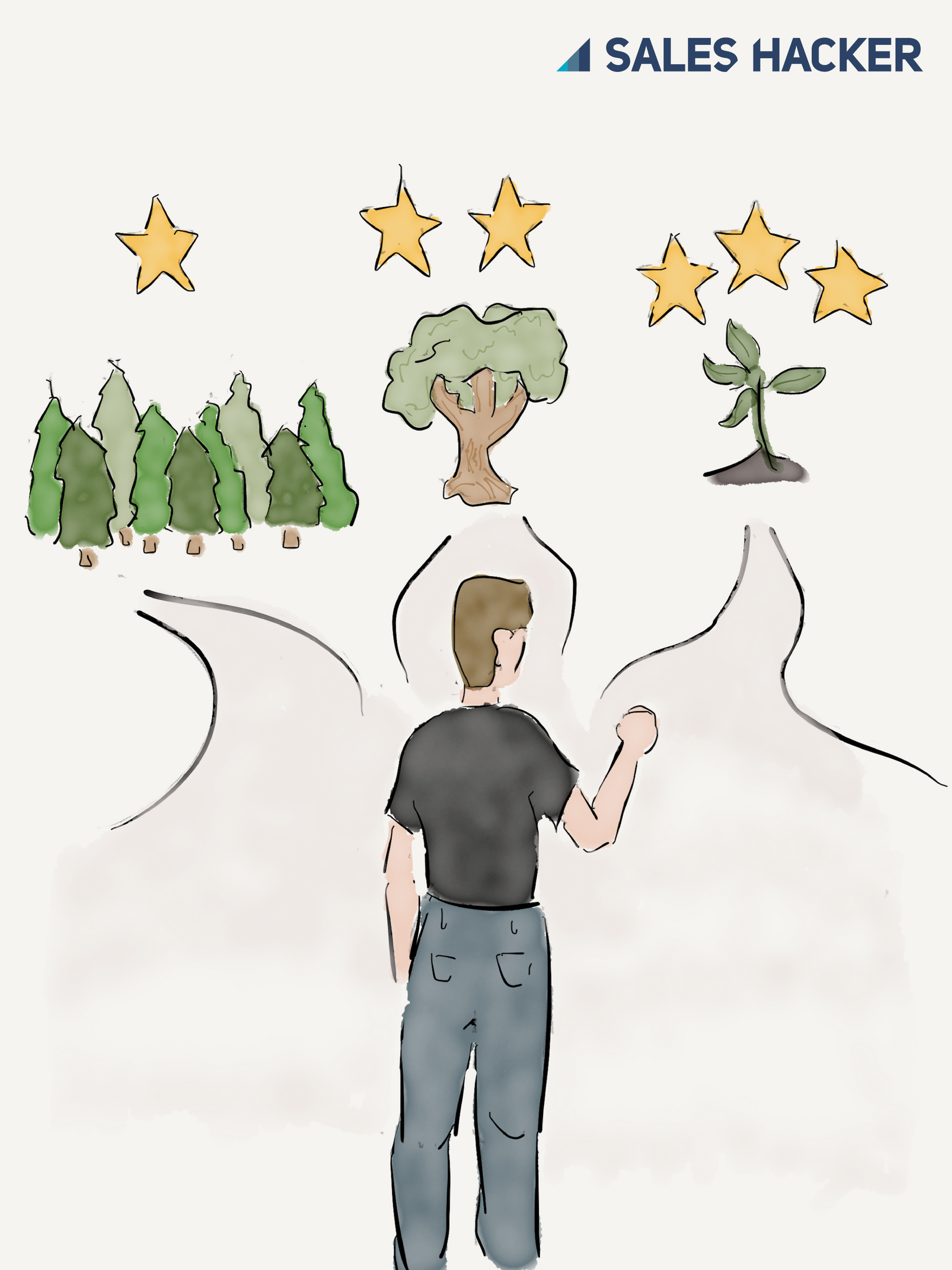 With Mike as an inspiration and Jason showing me there was a precedent, I turned to HubSpot’s former stretch VP—who went $0 – $100M—Mark Roberge. We grabbed lunch at Cheesecake Factory, and I told Mark I wanted to fast track to sales leadership.

“You’re a rep at an IPO company. You have three options:

Be a director at an A stage business, OR,

Dive in at seed stage, try to be rep #1, and attempt to maintain the sales leadership role as you grow.”

Finally, the “How.” I now knew what I wanted, there was a precedent, and a general path to make it there.

Step 3: Get lucky (aka putting yourself out there)

I had shared my new ambitions with a few close friends at HubSpot. Jonathan Kim, a former HubSpotter who had just launched a beta version of a product reached out to Mike and asked him for advice on how to sell to the leads he got from a Product Hunt launch. Mike knew this was what I was hungry for and introduced me instead.

One afternoon, I went to the WeWork Jonathan was using as an office, and we crammed into a phone booth and called all of his leads together.

It was torture for him, hearing me ask qualifying questions to these people. They had signed up to try his product, and not deal with a salesperson (classic product person, right?).

Then hours after one of our sales demos, a company from Australia decided to buy our largest package. This would have been a solid deal at HubSpot.

I thought to myself, “Man, Jonathan is smart! We pretty much just sold an idea.”

That night, hanging out at home, I realized he had found a real problem to solve. Clearly, it was time for me to learn how to take a risk. Time for me to stretch.

It’s now been 3+ years since I joined Appcues. We’re growing faster than ever and the sales org is up to 10. Jonathan and Jackson—the founders of Appcues—and I continue to thrive together. We’re still early and most of this journey is yet to happen.

Here’s My #1 Takeaway for YOU

If this story resonates with you—if you feel it’s your time to take a similar risk—start here.

Someone has done what you’re trying to do. Find them.

Find businesses running the plays you need to run 6-9 months from now. Look for similarities in the buyer, ACV, and go-to-market strategy. I found InVision as we were establishing an Enterprise plan and bothered their VP of Sales to the point where he introduced me to a Google Group for sales leaders called Modern Sales Pros.

Their content archives have been a weekly resource for me since!

1) You wanna go upmarket, find someone who just went upmarket.

2) Launching a new product? Go find a company with a successful launch.

3) Building a hiring a plan? Look for someone willing to share their template.

There’s always someone out there who got a ton of help along the way and is ready to pay it back. But you have to ask. 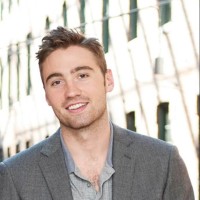 What’s In Your Personal Health Stack? 12 Tips for Mental Health in Sales

8 Tips to Advance Your Sales Career in Uncertain Times

From AE to CEO: Entrepreneurial Life Lessons with Asad Zaman