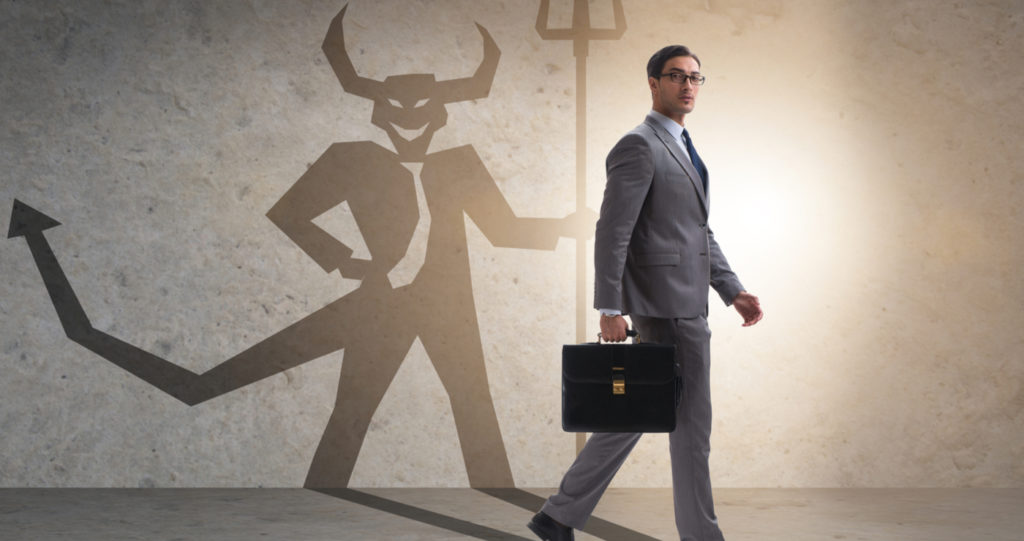 ‘Tis the season to be spooky, so let’s put a Halloween spin on a sales classic: cold outreach.

In this article, we’ll cover 6 cold outreach mistakes that scare away the best of prospects. So essentially, what not to do when you’re prospecting.

Mind you, this isn’t so much about habits or tactics as it is about you and how you present yourself.

Here they are, the 6 cold outreach “types” you DON’T want to be:

Mistake: Being too casual or silly with your prospect

It’s no secret that AEs, SDRs, and BDRs are looking to build rapport quickly. But reps often try to accomplish this is by being too casual, silly, or by sending jokes to their prospects.

Roy Raanani, CEO of Chorus.ai, recently responded to this issue by saying, “There is very little downside to starting things out professionally.”

Sales teams can eliminate language like, “Hey Scott,” sending over GIFs, or heaven forbid, sending your prospects the dreaded “List” in your initial emails.

Research is critical, and breaking through the noise by being human is imperative. But be careful to kick off your initial conversations with a prospect by sending an email that conveys respect.

What to do instead: Aim for outreach that is different, translates your personality, is well researched and most importantly, adds value!

It’s okay to use contractions, be transparent, and tell them the real story of why you’re reaching out. Just be careful to side-step messages that you typically share with your close friends over beers on a Friday night.

Mistake: Confusing your prospect with “wasted text” and long messages

Successful sales reps are persuasive, always deliver value, and are masters of confidently leading prospects down the funnel.

In an aim to appear more human, AEs and BDRs often lead with language aiming to make the email warmer and more personable. But instead of coming off as genuine, it can trigger the pattern recognition of a typical sales email.

This also adds to the length of the email without any additional value — easily earning it a spot in the “Spam” category rather than “Replied.”

Good examples of traps to avoid include:

Instead of using filler language that doesn’t add value, lean on Roy’s advice. “The best way to build rapport with me is by getting to the point, and telling me something I don’t know about my business.”

The crux to any good discovery call or meeting is questions.

But just like gas-station sushi, all questions aren’t necessarily good ones.

When speaking with a potential buyer, make sure your talk track doesn’t result in the prospect feeling invalidated or exposed, as if they don’t know something they should — or worse, feeling like you think you know more than they do about those issues.

If prospects are looking for a solution, regardless of their role, you always want to treat them with respect. Make sure everyone walks away from your conversation feeling valued, respected, and heard.

Top questions to avoid are:

Mistake: Being in the Child ego state with your prospect

There is a wise and familiar adage, “Treat others how you’d like to be treated.”

Eric Berne, author of Games People Play and founder of Psychological Transactional Analysis, determined that if someone is in the Child-Adaptive ego state (think rebellious teenager), you tend to appeal to the Controlling ego state when you’re speaking with them (think parent who is enforcing a curfew).

In the world of prospecting, if you send a message like, “That’s not fair,” you’re initiating the Child ego state, which is likely to trigger the Controlling Parent ego state in your prospects, encouraging them to say no to your request.

An easy way to check if you’re in Adult ego is when you’re asking your prospect a question. Quickly diagnose whether you’re asking that question to prove a point, or asking the question out of genuine curiosity.

All sales reps (hell, all people) can get emotional and have an agenda behind the curtain. Frame conversations in a respectful, logical, and data-driven manner to raise the bar with your prospect.

Mistake: Bait and switch your prospect

Expectations are key to any experience.

The bedrock of any quality business relationship is understanding, respect, and trust. Trust that you will tell them the truth, define and understand their needs, and subsequently deliver on the promises you made within the context of your business conversation.

The most expedited way to erode rapport is to trick your prospect by relaying an agenda and quickly shifting to an alternative one.

Examples of this scenario include:

Be truthful about your intentions early on, so your prospect can rest assured that you’ll continue to be truthful down the line.

Have you ever been to a rock concert where the lead singer says something like, “I need to tune my guitar,” and the crowd goes wild with applause? Or laughed at a joke that wasn’t funny in an interview?

We all want to convey that we appreciate our prospects in the early stages of our relationship, but be careful not to be overbearing and scare your buyers away with over-aggressive compliments.

Instead, focus on sincere compliments as to avoid coming off as disingenuous.

Don’t Scare Off Your Prospects

Whether cold calling or emailing this spooky season, always remember to be human! Bring all of the wonderful qualities of who you are and what you have to bring to the table..

Your prospects are people on the other end of the line, waiting for someone who will make their world an easier and better place.

If you’re so focused on getting results that you morph into a horror-film villain every time you hit the phones or send cold emails, you’re doing it wrong.

Here’s all you need to know to win at cold outreach:

And BE YOU so you’re prospects don’t end up turning into a ghost! 👻 Becc Holland
@beccholland
CEO & Founder
Flip the Script
More in this channel
Sales Engagement: What You Need to Know in 2022 and Beyond

How to Create Sales Sequences Your Reps Will Actually Use

The Future of Sales: Engagement & Intelligence Together

How to Create Sales Sequences Your Reps Will Actually Use