It is only in a Utopian B2B technology sales world that potential prospects from the lead list are all able, ready, and keen to buy the offered products or services.

In reality, IT sales lead acquisition processes are seldom that precise, and almost every prospect in the lead list has some sales objection that makes them hesitant to move ahead.

However, as an ambitious IT salesperson, the onset of these objections need not be something you should be demoralized about. Instead, you must view them as latent opportunities to help a prospect solve his or her problem and thereby build a long-standing business relationship with them.

In this blog, we look a why objection handling is critical for technology sales and what would be the SMART way to go about it.

Why Is Objection Handling Important?

Handling objections implies responding to a prospect’s concerns in a way that offers a way to resolve their problem, convinces them of their own accord, and helps them move ahead in the buying journey.

The idea behind effective objection handling is to provide prospects value and help them decide on their own – without being pushy or annoying.

Interestingly, as per a research conducted by HubSpot, 82 percent of salespeople felt that they provided value to the prospect whereas only 34 percent of the buyers concurred with that opinion.

Proper and thorough objection handling is vital to successful deal closure and maximizing deal value. Statistically speaking, as per Annuitas, out of leads closed – the ones that are handled well are likely to spend 47 percent more.

As a salesperson, if you leave any of your buyer’s concerns unaddressed and try to bury them, the same concerns are surely going to resurface at a later stage and then they’re going to be much harder to address then.

On the other hand, if you proactively identify and handle the customer objections effectively– your overall chances of success become much higher. Even if the process doesn’t lead to immediate success, the right approach does unfold greater chances of success in future sales.

While there can be lots of specific rebuttals to the list of most common sales objections, as an IT salesperson it is pertinent to be aware of, understand, and practice the right framework for customer objection handling.

It essentially is a four-step process that revolves primarily around:

2.1. Pause and listen carefully to the objection

The foremost thing to do when a potential prospect voices an objection is to immediately slow down, pause, and listen very carefully to whatever they have to say. This is very important as it makes the customer believe that you’re genuinely concerned about what they have to say, and it also brings clarity to you about what exactly you are required to address.

On the contrary, what most salespeople actually end up doing out of anxiety is quickly interrupt the customer midway with their own version, start speaking faster than usual, or behave in a flustered manner.

This wrong impatient approach turns out to be one of the most common ways technology salesmen end up annoying prospects and simply lose out on the trust and rapport they’ve managed built so far!

Once you’ve heard the customer patiently, the next step is to acknowledge their concern. If you demonstrate that you’ve been carefully listening to them, you immediately invoke a sense of calm in their mind and avoid a probable unnecessary argument. Moreover, this acknowledgement step sometimes also presents you with a chance to get the buyer to share finer details without you even asking!

Acknowledging effectively can be done in multiple ways, ranging from a simple head nod to restatement of the issue to validate it. In fact, a clever way to restate an issue is by using mirroring techniques to trigger the buyer to elaborate further.

For instance – you could simply repeat the last few words of their objection in a slightly upward tone as if you are asking a question (without actually asking one!), and then pause. This will automatically create a situation where they start elaborating on their own without getting defensive. On the other hand, if you actually start asking them direct questions such as “why”, you could put them on defense mode as they could start feeling that you’re questioning the validity of what they’re thinking.

Hence, acknowledging and making them feel understood and comfortable is the crucial next step not to be missed.

2.3. Explore and single out the real objection

Once you’ve carefully listened, and acknowledged – the next step is to explore the concerns stated and get to the real core of it. Many times, what a buyer presents as their objection is not the truth per se, but just a smokescreen they are creating to get away with telling their real reason. For instance – they could state a price objection for migrating to cloud solutions, but in reality, they could actually be hesitant to migrate to cloud out of their reservations from the viewpoint of their own job security. Hence, as a smart tech salesperson, you must know how to explore their true objection and isolate actual reasons from ones that are just stated for the sake of it. Some phrases can be very handy to that end.

For instance, in a situation such as that described above, you could consider to respond by asking “If we figured out a solution to the cost angle with respect to cloud, what would be the other obstacles that need to be addressed before moving ahead?” Doing so will compel a buyer to share their real reasons. If they end up not stating any additional objections, in all probability what they had said first is the only true one.

The final step in this framework is to respond effectively to the objection. A good way to start with the responding step is asking for permission in a way that neutralizes the buyer’s mind before you even begin.

If you start with asking them “Can I offer a solution to your concern”, the chances are that they’ll get instantly defensive and ignore whatever you say behind a smile. Instead, when you ask for permission, what you need to do is project yourself as the vulnerable one so that they neutrally listen to what you have to say. A useful phrase to that end could be maybe “Can I bounce off some thoughts on this?” Once they have given you their true consent, it’s time to convince and convert them.

Sometimes reframing objections as an opportunity to act can also help convince buyers. For instance – say the buyer wants to delay the trial of your technology solution, as they’re very busy with the quarter ending deliverables. You could reframe this situation by suggesting that since they’re very busy, now is the best time to try it as they could get their work done with much more efficiency using your software, and it is way more useful now than later. Reframes can be thus used to turn problems into opportunities, weaknesses into strengths or bad timing to best timing. Alternately, you may also consider offering your recommendation, an alternative, an example from the past where you solved the same problem or even a next step to address their concerns.

Whichever way you adopt to respond, you must make sure to clarify if there’s anything left to be addressed further or when you may follow up with them again.

Customer objections are inevitable in the tech sales world. Anticipating them, and responding to them effectively with a well laid out framework is the right approach to closing more and bigger deals – now and even in the future!

Handling objections skillfully revolves around 4 pillars – listening to the customer, making them feel understood while identifying the core of the problem. Finally, use all this information to respond of their own accord without pressurizing them in any way.

As tech salespeople, it is important to realize that even if the objection handling process doesn’t lead to the closing of the immediate deal – if done well, it certainly helps build genuine long-term relationships with prospects and impacts the chances of future deals positively. 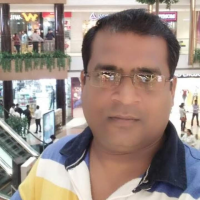