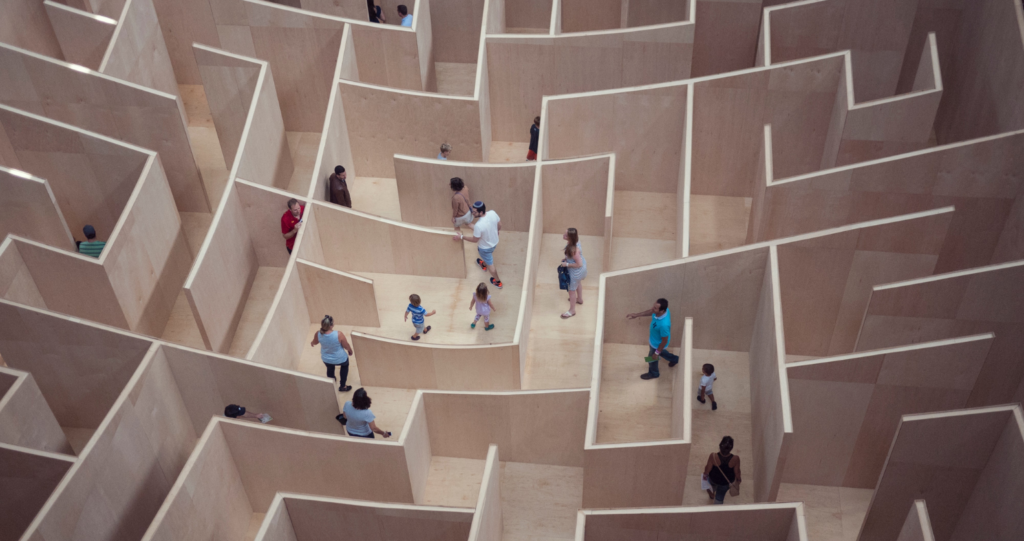 Complexity bias — our tendency to value complexity over simplicity — is part of being human. But this natural leaning causes significant headaches and roadblocks when it bleeds into the sales world.

Let’s talk about how to spot overcomplication in your sales process and what to do about it.

To understand how complexity bias works at a fundamental level, imagine someone who wants to lose weight. This person might try everything to shed pounds: drink apple cider in the morning, take special supplements, or even switch to “healthier” beet chips. They engage in the most complicated mental gymnastics to avoid doing the simplest actions: eat fewer calories and exercise more.

Regardless, our hypothetical dieter might still complain about not losing weight. They might blame the problem on hormones, genetics, or their astrological sign. That’s complexity bias at work. It’s more exciting to believe that the world doesn’t follow the principle of Occam’s razor.

Occam’s razor is a millennia-old notion that the answer to any problem is probably the simplest, least sexy one.

Occam’s razor is a millennia-old notion that the answer to any problem is probably the simplest, least sexy one.

It’s relevant today because people still resist it. It’s more thrilling to come up with conspiracy theories for why cryptids exist than to admit that even with all our digital cameras and technologies, we still don’t have a Bigfoot selfie. Sure, we have spotty footage. But hard, verified evidence? That’s scant.

Occam’s razor would suggest that Bigfoot is fiction. Still, we hold tight to our hope that life is secretly a little more interesting than we know.

“Eat That Frog” & complexity bias — e.g., how your selling day gets lost on unproductive activity

Have you ever avoided making a cold call in favor of writing emails, answering DMs, or creating proposals? Blame it on your complexity bias.

Instead of taking the most straightforward action, you’re spinning your wheels and losing momentum. A RAIN Group study from 2019 found that nearly 7 out of 10 prospects accepted at least one cold call yearly. That’s a fantastic statistic — but you can’t work those odds if you aren’t picking up the phone.

A few years ago, I read Brian Tracy’s bestseller “Eat That Frog.” Here’s the 10-second synopsis: If you want to get ahead professionally, do what you hate first.

“Eat That Frog” 10-second synopsis: If you want to get ahead professionally, do what you hate first.

It’s a simple process shift, but it gets your most dreaded tasks out of the way and opens the door for you to be more productive.

Most salespeople don’t eat their frogs first; they lean in to their complexity bias. It can feel easier (and still productive) to fill a day with busy work and avoid the money-making work they should be doing.

In sellers’ minds, busy work can satisfy an intrinsic bias toward making life a little more chaotic. But by overcomplicating their schedules and wasting precious time, they hurt their chances of meeting goals, snagging promotions, earning commission, and helping their team thrive.

At our company, I have a rule: Do all selling activities during the golden hours of 8 a.m. and 5 p.m. Save administrative tasks for before or after those hours. It’s a simple strategy, allowing everyone to get the “frog eating” out of the way.

It’s the most uncomplicated way to work smarter. Nevertheless, some salespeople will resist the idea that sales can be easy or predictable. They’re sure they must be doing sales all wrong unless they feel overwhelmed. (Spoiler alert: The opposite is true.)

How to spot overcomplication on your sales team

Think about how your sales team members work together and independently. Are you sure everyone’s taking the Occam’s razor route?

Luckily, there are red flags you can watch for to let you know whether your sales process is overcomplicated.

🚩 The first is that your team isn’t following the workflow they’re supposed to.

When people don’t believe a strategy will help them sell more, they won’t invest themselves or their time. Even if they’re told they have to follow the process, you won’t get full cooperation until your team sees its value. Your job is to be able to show them how a simplified approach is going to help them sell more.

🚩 Another sign that you’re mired in overcomplicated processes is that you can’t find essential information on leads and clients in your database.

Why? No one’s keeping records the way they should. (In other words, they’re not following tried-and-true processes because those processes seem mundane or too simple to work.)

Recently, I had a prospect call me out of the blue. If I hadn’t been able to go to our Salesforce CRM and read thorough notes about the prospect, I wouldn’t have been able to secure the next steps. Fortunately, our team has embraced a consistent process because we’ve seen the benefits.

When your whole team follows the same process like a well-oiled machine, you’re in a great position to lead your industry.

Of course, you’ll need to evaluate the process from time to time. You might need to make tweaks, too. That’s fine as long as you get everyone’s buy-in and agreement to produce changes en masse.

Later, you can evaluate those changes to ensure they’re getting you where you want to go.

Harnessing the power of simplicity in your sales process

Ready to enjoy a less chaotic, disjointed sales experience at your company?

Try these tactics to stop complexity bias from wrecking your quarterly projections:

You can file this under the “well, duh” category, but you’d be surprised how many organizations don’t have clear, concise, and documented processes.

Without a strategy, everyone on your sales team will do what they think is best. Not only will this disorganization inhibit their ability to work in tandem, but it will also make new hire training and employee reskilling practically impossible.

Start with a process that embraces a “less is more” mentality. Make it streamlined. (It can still have multiple steps, but it shouldn’t look like a cluttered, hard-to-follow flowchart.)

Then, bring your process to your team to get adoption. Explain that you’ll entertain modifications after everyone uses this process — no exceptions — for several weeks. Until then, you want all salespeople in your boat to row in the same direction.

2. Help salespeople understand how to drive “next step” action

It would be great if you could just put your process in place and call it a day. But you need to do a little more to ensure your salespeople don’t fall into the trap of reverting to their comfort zone.

Many sales professionals start overcomplicating things when they aren’t sure about the next steps they should propose. Should they ask for the sale? Set up another phone call? Arrange a Zoom or in-person meeting?

Many sales professionals start overcomplicating things when they aren’t sure about the next steps they should propose.

Your team needs clarity on the steps they should take in any situation, and those steps shouldn’t be overcomplicated. Let’s face it: You rarely get unusual objections to process changes. Most of the protests you hear are pretty commonplace and expected.

To anticipate these protests, lay out the steps to take when objections do arise. Second, clearly define the steps for moving a prospect further into the process.

When your salespeople have all the answers provided to them, they can’t fall back on excuses like “I didn’t know what to do next, so I improvised.” Remember: Improvisation is fun on the stage but not in sales.

Traditionally, sales teams are trained to follow BANT, which stands for budget, authority, need, and timeline.

Related: BANT and Beyond: Advanced Sales Qualification for SDRs & AEs 📚

It’s a method to prequalify leads by ensuring their company has a budget for what you sell, the lead can make decisions, the lead needs what you sell, and you can establish a solid time frame for a potential close date. While BANT is great, we’ve modified it to BAPT by switching out “need” for “problem.”

So how does BAPT reduce complexity bias? It allows salespeople to reframe when it’s time to move on.

Join the discussion: What’s the best way to apply BANT? 💬

It’s not uncommon for a sales member to stick with a prospect for far too long. The salesperson concocts reasons that the prospect might “flip,” which only wastes time and dilutes the sales process.

If a prospect can’t be BAPT-qualified, salespeople shouldn’t be encouraged to try a million different out-of-the-box tactics. The more straightforward approach is to pick up the phone and cold-call someone else who might be interested in the buy.

4. Promote widespread note-taking in your CRM

Related: A CRM Is Just a Database — Learn How to Build One 📚

Most sales teams use CRM tools. Insist that all documentation be entered directly into the CRM. Expect some pushback, though. A Sales Insights Lab survey indicates that around one-fifth of all top-performing salespeople cite recording data in the CRM as a time waster. But it’s only a time waster if everyone isn’t doing the same thing.

Some sales representatives might say they want to transfer their notes from other systems. That’s an understandable but unreasonable request because it just overcomplicates everything (once again!). Moving information from a spreadsheet, notes on a phone, or even scribbles in a notepad can cause a host of interruptions in the sales process and lead to the risk of human error.

Complexity bias can make your personal life more entertaining. Make sure you swap it for Occam’s razor when you enter sales mode. You’ll find that your team’s overall selling prowess becomes more manageable, measurable, and lucrative. A Sales Leader’s Guide to a Killer SKO

I See You: How to Elevate Women of Color on Your Sales Team

Tips for Startup Owners: How to Make Investors Stay in the Period of Change and Crisis