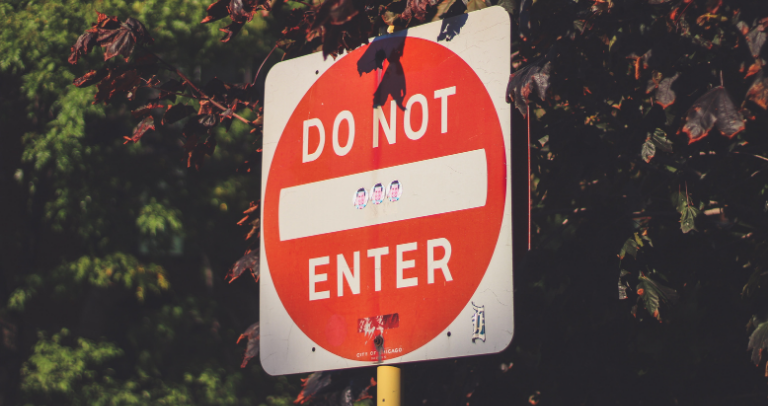 In today’s difficult business environment, you don’t have the time or the resources to waste time on a prospect that’s not a sure thing.

That’s why qualifying your prospects is even more important now than when the economy was roaring.

The good news is that your prospects are probably more than happy to help qualify (or rather, dis-qualify) themselves.

Your customers are under just as much pressure as you are in a difficult business environment like today. They’re working remote, they’re sick of Zoom, and they’re under strict instructions to not spend a dime AND fix all the new problems that are landing on their desk.

They don’t have time to waste on a deal that won’t work out either. So, with the right series of disqualification questions (DQ), your prospects will happily give you all the information you need to disqualify the bad deals fast and find the hidden gems.

The earlier you disqualify a bad deal, the better. That’s why this first question should be asked early in discovery.

After you discuss what their business challenges are, after sharing your commercial insights, and after giving a high-level proposal of how your solution can fix their problem, ask them this:

“I think we can help. Would you like to see how it works and how we implemented a similar solution for another client in a similar circumstance?”

There are two ways this conversation can go.

There is always a chance that the prospect says, “No. I am not interested in hearing how you’d implement your solution to fix my problem.”

If they say no at this point, you’re either talking to the wrong person, you didn’t adequately align your solution with their problem, or they are not actively buying.

It’s on you as a salesperson to figure out which it is and what to do next.

If you’re on a discovery call, you likely have at least 30 minutes of their time. Don’t waste it.

Ask the above question at least 10 minutes before the end of the meeting to give yourself time to discover why they’re not interested. This also gives you time to reset your value prop and try to land it a second time.

If they say, “Sure. I’m interested in how it works,” that’s great news. You have a buyer-signal, and they’ve given you explicit permission to move forward.

But you haven’t asked them to do much work, so it’s not much of a signal, and you’re still a far cry from alignment and a signed contract.

Take this time to show them your high-level plan that stretches from today to their problem being solved.

Give them a plan they’d be proud to show their boss. Include real calendar dates to give some perspective. Make the steps between milestones safe and reasonable, so they don’t feel like they’re making any big leaps of faith.

The important thing here is instilling confidence. Show them you know what you’re talking about, that you’ve done this before, and that your organization has ironed out all the kinks.

This is your chance to put some detail on your value prop and stand apart from the competition, but keep it high level.

Once you’ve shown the high-level plan of how to fix their problem, it’s time to ask another question.

“If this high-level plan looks reasonable and will get you where you need to be, would you like to see how it looks if we dial it in for your specific situation?”

Again, if they say no, that’s good. They’re telling you that you need to take a step back.

But you’ve also been given the seeds of a really productive two-way discovery conversation.

Are you asking for too much change?

Are there risk factors you haven’t discussed?

Does the value prop not connect anymore?

Is the timing bad?

Work with them to discover why they’re not ready for a personalized plan just yet, and if it’s an easy fix, fix it. But if they’re just not interested, consider them disqualified and put them back into a nurturing sequence.

If they say yes, then it’s time to get into deep discovery questions — the depths of detail where deals truly live and die.

“Cool. We know most customers want a security audit before a pilot. We’ll bring Susan, our head of technical implementation. Who’s your point-person for security? Paul? Great, let’s get him involved.”

“We know procurement normally takes 3-4 weeks, so we should allow for that unless you know your team is faster or slower?”

“Beyond who we outlined here, do other people need to get involved for a deal like this?”

By this point, you should have a mutual action plan and clear milestones that both sides agree to.

But being qualified isn’t an eternal, unchanging state of being. So, now it’s your job to hold them accountable, and if anything changes, ask a third disqualifying question.

“Something has changed, and we’re off track. Your desired state is at risk. Are you willing to work with me to adjust your plan and get back on track?”

If they’re unwilling to talk, or if you’re unable to agree on a new mutual action plan, then they’re not a qualified deal, and you should let it go. And that’s ok.

It’s better to DQ now than to keep wishing and hoping for another 2 months until the projected close date comes and goes.

However, before you close out the deal in the CRM, you need to learn 2 things.

Was it ever real?

Was there an actual change, or did you make an error in your earlier assessment? Is there a question you could ask next time that would catch the blocker earlier?

Is the deal just delayed? Or is dead a better description?

If prospects are always saying, “at this time…,” they might be trying to let you down easy or avoid an awkward conversation.

Don’t let them off easy. If it’s a timing issue, then ask what will be different later, and get a meeting on the calendar.

Keep them in a nurture sequence, plan on following up, but don’t keep that number on the forecast until you get a new MAP up and running.

Ideally, you’ve built up enough trust that they will talk with you. Pull up your plan, reaffirm your value proposition, and re-work the timeline.

By resetting the plan, you’ve re-qualified them, and you can move forward with confidence.

It’s important to be accurate with the way you refer to prospects you’ve disqualified.

When you DQ a prospect, you’re not losing a deal. There was no deal.

This is not to say you can’t lose a deal. There are tons of ways you can lose a deal — if you don’t call back in a timely fashion, you skip to demo too fast, miss key factors in discovery, fail to overcome an objection that one of your peers would have nailed, or if you let a competitor take control of the conversation.

But if you kill a deal because they weren’t serious, then you should celebrate. Because you confirmed that there was no deal, you closed out a waste of time and won days or weeks of your life back to work on the good deals and new prospecting. Tom Williams is the co-founder of DealPoint, the first sales platform for customer-centric sales teams. DealPoint ensures reps and their prospects are perfectly aligned, reducing risk for buyers and sellers, driving a better buying experience and a higher close-win rate.

A Brit based in Portland, Tom plays squash, parents his two boys and talks about sales process at parties. Well, he used to before the lockdown. But we’ll be back at it before you know it.