The world of sales is undergoing a massive transformation with all the new advancements in sales technology, but one thing that has remained consistent over the past few decades is the use of email.

Before email existed, people wrote letters. Therefore, when email took off, people continued to write emails in the format that they would write letters. Well, letters have been on a steep decline in the business world and even the personal world for quite a while now. The only time I put something in an envelope is when I need to mail a check. Even then, I am silently shaking my head at the recipient who is clearly behind the times by requiring me to write them a check, instead of being able to pay them instantly with the many available online and mobile payment products that exist today.

So that brings me to my next point. Why are we still writing emails like we’re sending letters? I don’t know about you, but one of the most prevalent mantras I’ve heard as a salesperson from other salespeople is, “make emails short and concise so someone can read it with the flick of their thumb on their smartphone”.  Ok, that sounds like a text message, right? Then shouldn’t our emails start taking the form of texts and not letters?

Switching from “Letters” to “Texts”

Why are we still signing off on emails in an email thread? No point of saying “Best”, “Cheers”, “Thanks”, etc at the end of an email in an email thread anymore. The only time it’s not useless is when you are specifically demanding or asking for something or intending to end the conversation/thread. “Let me know” and “Please advise” are also unnecessary because a good email implies a response is required. The easier you can transition an email conversation from a back and forth “letter” feeling to a “text” feeling, the better you can build a rapport.

Let me know” is unnecessary because a good email implies a response is required.

Always use the “hi and bye” in an email to someone you’ve never spoken to before. Feel them out before you take it to a more casual place. After a few emails with the same person, there’s no need to say Hi {name} anymore either.

Knowing Who They Are

Social channels like Twitter are a great way to find out how someone likes to interact with others. Look at what they’re talking about and how they like to talk about it, and then build a rapport with them through that.

For example, If someone seems stiff and “old school” you may want to stick with the letter style emails until you warm them up. If someone is talking like a “bro” about startup acquisitions or sports, you can approach more casually.

The more you can find out about them, the easier it will be to motivate them and the better equipped you’ll be to interact with them and remind them of a place of trust. Social selling is not just about context or Why You, Why You Now (see John Barrows & Jeff Hoffman), which is great and incredibly helpful, but it’s also about understanding how they like to interact with others. This will help you understand who they are to the world and how they express themselves. This is how you take things to the next level.

I was recently talking with Scott Britton about Social Calibrations or the psychology behind how people interact through email. I’ve recently been thinking about this offline too and will follow up in a separate post.

The question really is, how do you know when it’s ok to start using that exclamation point or that smiley face? Some would say it’s never OK, but I think that’s a dated way of thinking because we’re moving these emails to a “text” format, not “letters”. I almost always like to make the other person be the first to use an exclamation point or smiley face. You would never want yourself to look amateurish or less professional because of a gaff like that. However, if you have the dominant hand, you can write however you’d like. If Richard Branson responds to your email, he can 😉 at you all day long. As the more junior in that situation, you would let him make the first move before returning serve with a 😉 of your own. Mirroring through email is a great way to continue building rapport. Just make sure you know your position and if you’re the lower in rank, let them make the first move. The only time I break this rule is if I need to change the attitude in the conversation and even then, it’s rare.

An example of this would be where someone makes a big ask and there’s no way we can oblige. Judging by the tone of the ask, I can tell if they’re shooting for the moon and know we can’t make that happen, or if they actually think that it is a reasonable ask. If I know it’s the former, I can respond with something along the lines of “as much as I’d love to provide all that value for you, we just wouldn’t be able to make it happen because it would interfere with XYZ and neither of us would benefit from that :-)” (use a scapegoat, never take blame, but never deflect to an individual, only on to something bigger than both entities or something intangible. More on this in a future post.)

Using the exclamation point too often or too quickly can also be seen as eagerness or over appreciation, thus giving the person on the other end thought that they are doing you a service by conversing or indulging you. This is why you want to be careful about your position. If in any way you can possibly be seen as equals or lower by the other person, don’t use the exclamation first, unless you need to turn the conversation around.

Listen, I’m not saying we shouldn’t have manners. We should always be respectful and say hello and goodbye when it’s the right time to. My point is, why say it constantly in the middle of a conversation? Let your email threads flow and create warmth around your conversation and it’s participants.

Let me know in the comments or start a discussion in our LinkedIn Community! Please add what industry you’re in and what the customer profile of who you’re selling to looks like. 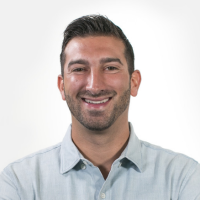 Max Altschuler
@max-altschuler
More from this author
Resources, Tools, and Tactics to Hack Lead Gen on the Cheap

5 Sales Hacks That Will Reshape Your Sales Process