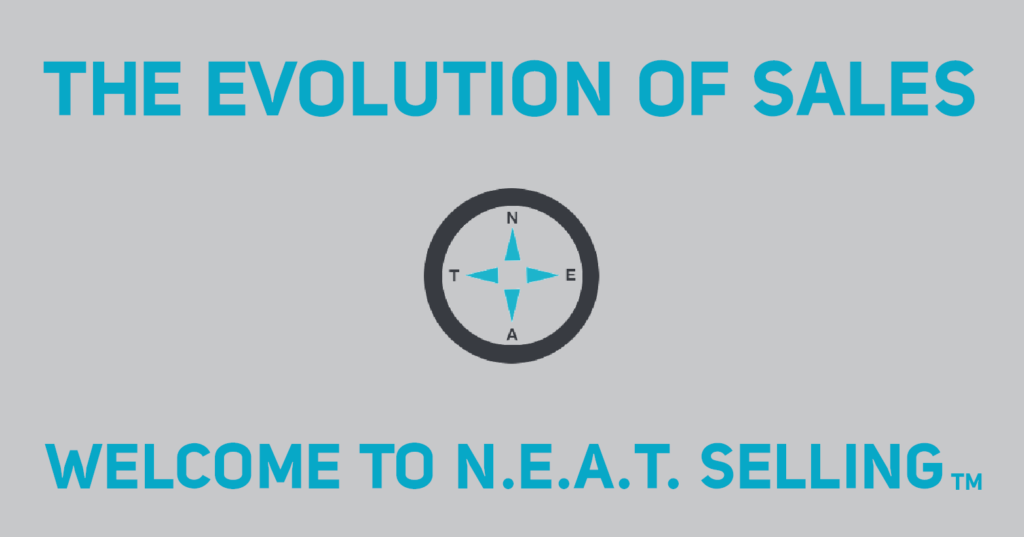 Over the last few years, we’ve talked sales with more people than I can count, and while our conversations run the gamut of sales topics, a select few never fail to make an appearance: BANT, ANUM, and AN.


For years, salespeople have clung to one or more of these acronyms, confident in their time-tested power. But like everything else in the world, things either need to evolve or they will be left behind. BANT was created in a different era. ANUM and AN improved greatly over BANT, and now it’s time for the next phase in the evolution of sales processes and sales methodologies. Whether you are in outside sales, inside sales or beginning a career in sales as an SDR, it’s time to adapt and evolve.

So without further ado, we at The Harris Consulting Group and Sales Hacker are here to say that BANT, ANUM, and AN need to move over.

I’ve suspected these acronyms were on their way out for some time, but my suspicions were confirmed after talking with enough people who “claim” to follow the BANT qualification process. Perhaps it’s me, but BANT and, to a certain degree, ANUM have felt linear and somewhat static. They feel like they speak to a specific part of the sales process as if it’s a finite thing with a singular answer. For sales in the 21st Century, that feels like square peg in a round hole.

When I have conversations with other sales leaders, CEOs, SDRs, and Sales Reps, they also feel like these two concepts are a bit foggy. You can see the shoreline but still aren’t sure if there are rocks ahead of you. They’re primed for change and and ready evolve.

Now don’t get me wrong. ANUM and AN certainly have their charm, and like many of you, I once fell in love with these acronyms and used them frequently in my work. But I eventually realized they were still not the right fit. Because just like BANT, ANUM and AN’s effectiveness hinges on the sales process that feels linear.

Whether you are an SDR, AE, or even in Customer Success, there is one thing we all know: Sales in the 21st century is definitely not linear. Sales is often more fluid, more unpredictable. I once had a sales rep tell me that today’s sales conversations often feel like you are trying to play fusion jazz while jumping on a trampoline. To confine yourself to a rigid sequence is to handicap your natural sales abilities.

An alternative—and much more up-to-date—qualification process is N.E.A.T, which stands for:

N – Need – What are your prospect’s core needs?

This is often best achieved by making sure your sales team has a clearly defined Ideal Customer Profile (ICP), both for verticals and for titles/roles within the organizations. An ICP helps you understand the context the prospects operate within, granting you better opportunities to dig beyond surface pains and uncover those at the core. Don’t treat the symptoms, treat the disease.

E – Economic Impact – What is the economic impact of your prospects’ needs?

Executing this segment of N.E.A.T. Selling™ isn’t about proving your ROI to the prospect. Instead, it’s simply about helping the prospect understand the economic impact of their current situation combined with the economic opportunity based on implementing a solution. After all, everyone has a price, and at some point, the economic pain will be great enough to tip the scales in your favor.

In today’s SaaS selling world everyone is claiming that economic efficiencies are differentiators. In reality, that’s only part of the solution. If you are going to bring up efficiencies, which often means saving time, that does have value. But the other half of the equation is to ask your prospect: Once you have X more hours a week, what would you be doing with that time and how what would be the positive economic impact of that?  In short, put some concrete value to the opportunity costs.

According to the latest studies, the average purchasing decision actually involves five people, all of whom may be decision influencers and decision makers. This is often referred to as the “Consensus Buying Cycle”.

In many cases, not one person can singularly say “yes”, but any one person can say “no.” Furthermore, in an outbound sales cycle, many prospects don’t reach an ultimate decision until much later in the sales process. So your goal as an SDR, Inside Sales Rep, or Account Executive is to determine which of these five people can get you access to authority.

Champion is a word often used in this scenario, but people typically select the wrong champion by overestimating the decision making power of the user. Yes, you do need to connect with the user, but if they don’t have the juice to get you access, then are they really a champion?

By the way, most people we speak with identify the champion as a single person, “The One”. What if you had different champions for different parts of the solution?  Can’t the actual “do-er” or “end user”  of your service be a champion to help convince their boss on how much easier their job would be? What if the “do-er’s” boss used this information to make the presentation to their boss?

How about speaking to the end user to understand the internal politics of the organization? Wouldn’t that knowledge help you better position for Access to Authority?

Many salespeople base their timeline on a perceived deadline. Furthermore, they get a simple date on the calendar from the prospect and then just accept it as gospel… until it passes. We should all know better by now. Unless you really qualify timeline, you are just drawing a line in the sand and hoping the high-tide of EOM or EOQ doesn’t come along and wash it away and drag your deal back out to sea.

Instead, base your timeline on the implications of either meeting or not meeting the perceived deadline. For example: If there are no negative consequences for failing to meet the proposed timeline, than the timeline is really just a date on the calendar and you need to prepare for high-tide.

And finally, N.E.A.T. Selling™ will not always follow a linear and logical progression. Like a compass needle, it will swing back and forth based on the direction of the conversation. In some cases, you may kickoff the process with Need. In others, you may begin with Timeline, or Economics, or even Access. As long as you collaborate with the prospect rather than preach to them, you will both come to identify what works best.

We are entering a golden age of Inside Sales, where sales reps have more information about their prospects, as well as more sales tools at their fingertips, than it was possible to imagine even a decade ago.

But as the sales landscape is changing, so too must the sales process. The time is nigh for a new idea. A new paradigm. One with a more fluid sales process that works just as well for a simple sales call as it does a complex sales cycle. This new process must be agile, nimble, and versatile. It must provide enough guidance to keep salespeople on track and enough flexibility to allow for course corrections. It can no longer be a static map which ones follows to the big shiny X. Instead, must now be the compass that helps you make sure you’re using the map correctly.

The philosophy behind N.E.A.T Selling™ comes from personal time in the trenches and years of observing and working with inside sales professionals in all types of sales organizations. We’ve talked with thought leaders, CEOs, CFOs, VPs, Engineers, VCs, SDRs, AEs, and Managers, all of whom live by a specific sales process, methodology, or philosophy. But with N.E.A.T Selling™, our goal is not to build a single ideology, but to make room for more creativity within the sales world.

For some, N.E.A.T will be a sales philosophy. For others, a sales methodology or process. And for many, it will be all three. And as the sales world continues to morph, the barriers between philosophy, methodology, and process will degrade until there is only N.E.A.T Selling™.

7 Ways to Get Marketing Aligned with Your Sales Goals