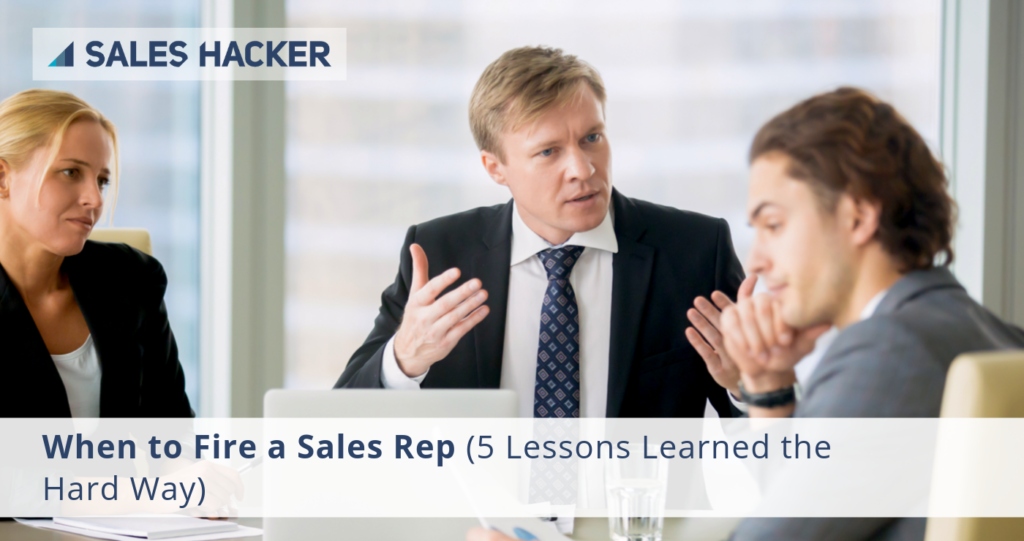 The truth is, you need to know when it’s time to fire a sales rep.

I learned these lessons the hard way, from painful personal experience in leading teams for multinationals.

Keep reading as I share my hard-won lessons, so you’ll know without a doubt when to fire and when to invest in an underperforming sales rep.

5 Lessons on Whether You Should Fire a Sales Rep

The wrong person or people in a team can destroy your productivity. Worse still, they can damage your brand and momentum.

Think about it: If you hire the wrong salesperson for your sales team, and they’re carrying a two-million-dollar target, I would argue that their failure will cost you at least a million dollars — not just in lost revenue but the 9 to 18 months of lost productivity you’ll experience as you manage them out and onboard the next person.

Now, think about the wasted time and energy, the damage to your credibility — not just with your boss but also with customers and partners.

Lesson #2: The DNA of a Good Sales Rep

Before you can know who to hire, who to keep, and who to fire, you need to know what a good sales rep looks like.

And that’s easier than you might think if you look at 4 key areas of performance:

This infographic breaks it down for you.

Using these 4 criteria to evaluate your sales team, it’s easy to know who’s working out and who’s not. The question, then, is what to do about it. Which brings us to Lesson #3.

How do you objectively make the decision on who should stay and who should go?

I see business leaders agonize over this, and their angst can easily spiral out of control, causing them to second-guess themselves.

They’re dealing with when to fire a sales rep. But what they really want to know if whether they’ve provided enough coaching and support.

They feel a sense of obligation to their employees, which is good. But when asking questions replaces decisive action, there’s a problem.

The truth is, holding on to the wrong people can turn caustic. If you’ve identified a member of the team who isn’t a good fit, you need to resolve the issue quickly and effectively.

Here’s a simple formula for making the tough decision. I call it my “Rule of 24.”

The Rule of 24 rates employees (or potential new hires) in each of the 4 areas in the infographic above.

THE RULE: If someone scores negatively in 2 of these 4 areas, they need to go. Manage them out as fast as you can — it’s time to pull the trigger and fire them.

Here’s what you need to ask to evaluate a salesperson in each area:

Lesson #4: When to Be Patient

Never fire a sales rep for performance reasons alone. At least one of those other DNA factors must be in place to warrant letting them go.

If an employee is competent and committed, they’re working hard, and they’re a force for good within your team and organization, you should turn yourself inside out to help them hit their numbers and be successful. You can afford to be patient with them.

Always ask yourself, “Am I, as the employer, delivering on my promise to provide an environment my people can be successful in?”

A good environment for success includes a viable territory, training, resources, alignment, intrinsic value in what you actually offer the market, the right tools and support.

It also includes coaching and development, and a core belief in your people.

If an employee rates well in all three of these areas, use a mirror to diagnose why your people are not successful rather than aiming the blowtorch at them.

RELATED: If You’re Churning More Than 10% of Your Salespeople, They Aren’t the Problem

But what if a rep isn’t competent or committed? And what if they aren’t a good fit?

It’s hard to measure these qualities, which makes it difficult to build a case for letting this type of employee go.

But these aren’t skills you can train someone in, and they’re hard to influence externally. You see, behavioral issues often stem from deep within. Attitudes and values come from hard-wired beliefs and a lifetime of behavior — they won’t change overnight, and you can’t mandate that they change.

If someone’s a poor fit, not a force for good within the team, and they’re also just not diligently making an effort, then they need to go, plain and simple — even if they’re scraping by with their numbers.

RELATED: Reality Check: You’re Probably A Bad Salesperson If You Possess Any Of These 11 Qualities

Never fire someone based on stack ranking alone. But if someone doesn’t have the DNA of a good salesperson — meaning, they rate poorly in 2 out of 4 of the key DNA areas, they need to go.

Don’t stew over the decision. Just start managing them off your team.

Ultimately, the boss and the employee are in a partnership for success. If each is doing their best, the other benefits as well. And when both are fully invested in the others’ success, it creates a win-win for everyone.

Have you struggled with how to handle a salesperson who obviously doesn’t fit? How have you handled it? What hard-won lessons would you share? 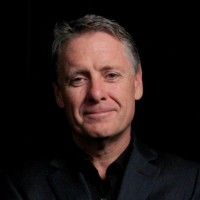 Selling to C-Level Executives: 8 Tips for Unlocking Access to the Busiest Buyers on Earth