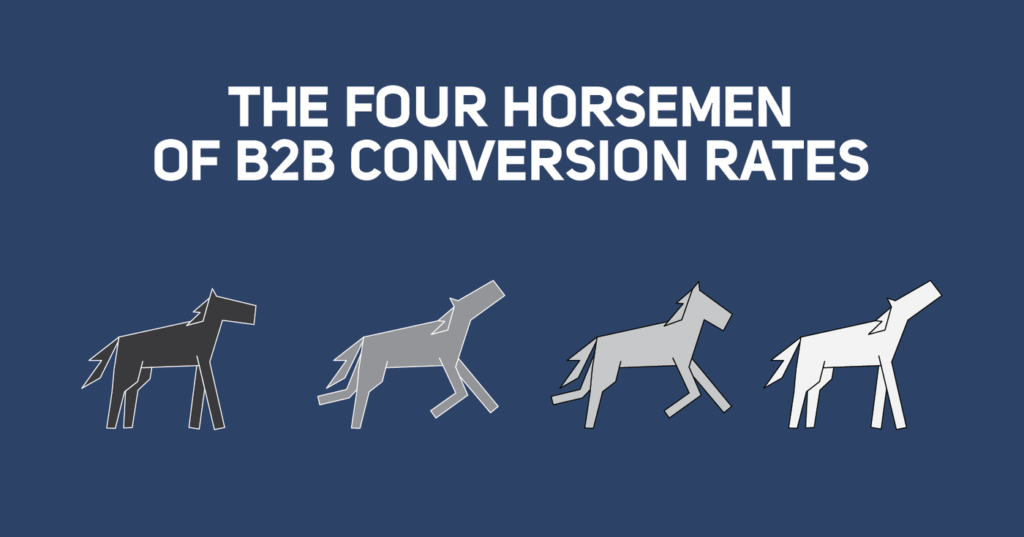 If you have chosen to invest a large part of your marketing resources in advertising, I have good news for you… and some bad news.

Let’s start with the positive: While people are spending less time on other media (press, radio, TV), mobile keeps growing. The same goes even for professional use. According to the latest research, with now 61% of workers who spend at least part of their day outside the office, the number of mobile devices used in enterprise increased by 72% last year.

Mobile is overtaking desktop, even in ad spending

Marketers are increasingly aware of the opportunity offered by mobile. In fact, the economic resources allocated to this channel are constantly increasing. According to forecasts, for the first time this year, mobile ad spending will exceed spending on desktop, with a total investment of approximately $40 billion. 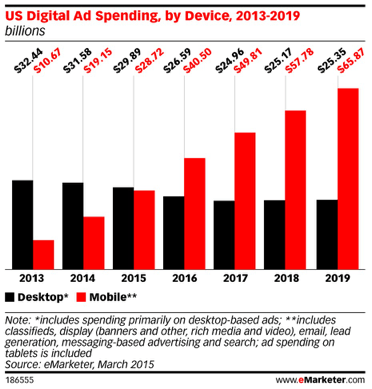 To make ads more effective, brands are becoming more aware of the importance of creating engaging content for the target, whether they are the final customer or another company, and the need to use more channels and new formats. This year, 96% of companies will create a B2B video campaign as well.

Now here’s the bad news: mobile ads still have a lower return on investment (ROI) compared to desktop campaigns. The same applies to B2B campaigns, although very little data is available since only 21% of companies are able to measure the ROI.

What does it depend on? According to Jeremy Hull of iProspect, the problem lies in understanding this particular type of communication.

Brand marketers tend to treat mobile advertising campaigns as if they are essentially equal to those carried out on desktop. Nothing could be more wrong. What engages people on smartphones and tablets follows a very different set of factors which must be taken into account in order to generate clicks.

What are these factors? Here are the four essential components to keep in mind before making any mobile campaign, accompanied by real case studies proving their effectiveness.

When it comes to mobile ad campaigns, reaching your target in the right place at the right time is more important than being seen by millions of people.

This is true given that we take our smartphone with us wherever we go. Those who intend to purchase or use a service for personal or professional purposes don’t want their time wasted; they need to find quick answers that are preferably nearby.

For this reason, it is fundamental to send messages to users based on geolocation. According to studies, location-targeted campaigns can increase conversions up to 2.5 times.

Location targeting can also be extended to a larger (geo standard) or a more specific area (geo-precise). In the latter case, your campaign becomes much more effective. 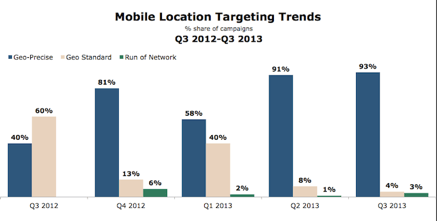 Life Technologies is a biotechnology company that sells its products worldwide, with nine regional sites dedicated to various countries where it operates.

For a long time, the content and promotional campaigns had been managed in a fragmental and generalized manner, without considering the specific needs of the local target. However, with the growth of the company, it needed to act differently.

Life Technologies therefore decided to build a marketing cloud accessible by all local teams. The platform allows content and online campaigns customization in line with the company’s guidelines and at the same time closer to local needs.

This resulted in a 25% increase in online traffic and 6% increase in orders on e-commerce. Their next goal will be optimizing the design for mobile, by using videos and interactive formats.

There are many different formats for digital advertising but not all work on mobile.

The recent phenomenon of ad blocking has demonstrated how many users were finding ads not helpful but annoying and intrusive. Now, try to imagine reading an article about a product that interests you and then discovering a campaign that offers a discount for the same product later on. Would this type of promotion still annoy you?

The trick is to know the channel and be contextually relevant. Unsurprisingly, a native ad or a promotional message ingeniously inserted into the content of a page is proving to be an effective format on mobile.

In this way, it appears visually and thematically less invasive. Native ads are in fact viewed 53% times more than traditional banners. Moreover, people are much more willing to share it–168% more than regular digital ads, to be exact.

If you have never made a B2B or B2C campaign, ride the wave before your competitors outperform you. Spending on native ads will be 7.9 billion dollars this year and will reach 21 billion in 2018. 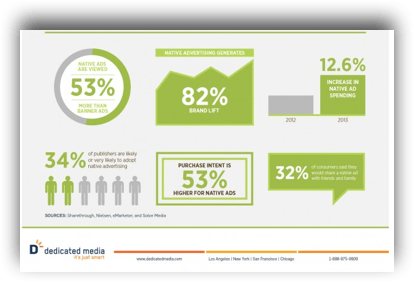 The famous magazine Forbes has created a platform called Brand Voice which offers B2B marketers the option to directly publish their content. This platform allows marketers to reach a much broader and more transversal audience than what could be obtained if they only used their own channels.

Giving brands a free space for self-publishing may seem risky; it is not easy to make a good native ad without falling into mere self-promotion. Yet the results confirm that many companies have already learned to make good use of this opportunity.

An article published by NetApp last September was the most read article on Forbes. Here’s another example: an article by Gyro has been viewed 100,000 times on Forbes, compared to an average of 5,000 views on their platform.

People who surf on mobile are often doing other tasks simultaneously, especially at work. Their attention is greatly limited compared to that of desktop users. To capture their attention and especially their clicks, you need more than just a simple image.

There’s no rule that says that advertising for businesses must necessarily be formal and fixed. In fact, content that leads to interaction can be greatly appreciated by users in times of stress.

Video is an effective variant while interactive content such as mini-games is even more so. Through simple game mechanics, this type of advertising intrigues and impresses the user. It also meets the desire for entertainment, which has become steadily more important on mobile with games being the third most downloaded app category.

For St. Patrick’s Day, some retailers of an American hardware store created a themed campaign. A mini-game was sent to customers who subscribed to their loyalty program. This would allow them to win discount rewards to be used during the holiday weekend.

The CTR of this campaign was reported to be 26% and redemptions were 15%. Moreover, the success of this campaign has had a positive impact on subsequent activities. One month after the campaign, the CTR for their mobile promotions increased by 290%.

This proves that results beyond expectations can be achieved when creative and targeted marketing activities are carried out.

The relationship between users and their smartphones is personal and unique, even when they are using it for work purposes. Therefore, mobile advertisers have to offer something just as exclusive and relevant to the target audience.

Effective mobile campaigns never put all users on the same footing, but instead, they make it clear that the message is specifically sent to the user or the company.

They use an appropriate tone. They appeal to the user’s tastes and interests. And they offer exactly what the users are looking for: a coupon, a complimentary product or premium content, which entices them to click.

For more than 60 years, Fisher Tanks, the manufacturer of steel tanks, has made its sales by contacting potential customers and focusing on referrals from existing ones.

Then it decided to start promoting online as well: it made a new site, activated social channels and above all offered a free download of some valuable content to its target.

The results were striking: in just 12 weeks, the campaign increased online traffic by 119%, conversions by 3900% and new sales opportunities by 3.4 million dollars.

Ready to improve your conversion rates?

To create a digital advertising campaign, forget about the traditional kind. To make sure your investment will produce more conversion, start thinking about the specific dynamics on mobile. Furthermore, your audience must be taken into account.

If your target audience is B2B, try to figure out who are the professionals to address and get in tune with their interests, coming to understand them as people.

You can help your target find great solutions to improve their work while entertaining and exciting them at the same time. Make relevant campaigns that satisfy their desires and will lead them to click naturally. What’s your next conversion goal? 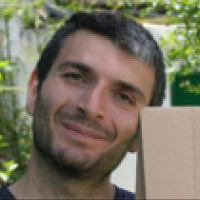 Silvio Porcellana
@silvio-porcellana
More in this channel
New Research: The State of the Sales Tech Stack in 2023