At the beginning of this year, the U.S. unemployment rate was under 4%. Companies were growing their sales organizations and bringing in more revenue. The biggest obstacle to hiring was that there simply weren’t too many great candidates on the job market.

All of that has since been turned on its head.

Companies everywhere have frozen their hiring and laid off workers — with sales reps often among the first to go.

I’ll be honest: as the leader of a sales-focused recruiting company, this has been tough for me and my team. In March and April, we found ourselves on shaky ground. Things have since stabilized, but for a while there, it was stressful. Plenty of our partners were taking hiring off the table for the foreseeable future, and putting their work with us on hold.

But not all of them.

I’ve been talking with our partners over the last few months (even more than I usually do). And have found that many of them, in spite of the pandemic, have resisted the impulse to freeze their hiring.

Their philosophy: it’s easy to have a knee-jerk reaction to disruption. But if you take a deep breath and keep a level head, you’ll realize not only that growth is still possible in these times, but that now might actually be the most opportune time to hire that we’ve seen in years.

“Just because there’s a blip in the market doesn’t mean I stop hiring. In order to drive growth, I’ve got to have conversations, meetings held, and opportunities created.”

That’s Nick Bruckner, VP of Sales at Lexipol, on why his company has continued, undaunted, to hire through the pandemic.

I spoke to Nick and several of our other partners to find the answer to some simple, yet highly impactful, questions:

How to Make Hiring Work During the Pandemic

In my conversations with our partners, I found two types of answers to these questions: one born from big picture analysis, the other from small picture thinking.

The big picture: Take advantage of what the market is offering you

If you look at the market today, you may notice something interesting: the very factors that caused so many companies to lay off workers are creating opportunities for other companies to hire more easily, and more successfully, than they were previously able to.

“There are more qualified, active job seekers on the market today than there have been in the last five or six years, due to companies going through layoffs and furloughs thanks to the pandemic,” Nick told me. “It’s understandable. Pandemics are scary and unexpected. But what it means is that there’s an opportunity for other companies to upskill their teams a lot more easily than in the last few years, which had such a tight labor market.”

Suddenly, it’s hiring boom times. The pandemic has brought us from a candidate’s market, where candidates held the cards and employers often had to take what they could get, to an employer’s market. A plethora of great sales talent is suddenly available to companies that are still hiring.

The candidate’s market of the last several years didn’t only make it hard to add new headcount and grow your team. Another consequence was that it was difficult to let go of talent that was underperforming.

But that, too, has changed.

“Before, if you had some C players on your team, you’d be reluctant to let them go out of fear of not being able to backfill the role quickly enough,” says Nick. “We’ve found that now it’s a lot easier to upscale, to find great talent on the market much more quickly and upgrade the team.”

The small picture: Look for advantages within your own company

Nick’s insight shows how the market at large is sending signals that now might, counterintuitively, be a great time to keep hiring.

But you might also find encouragement just from looking at your own company.

I spoke to Karen Mimieux, Head of Customer Success at Linc Global, about how she and her colleagues realized that Linc was in a great position to hire despite the pandemic.

“We were at a growth point, and we made a conscious decision to continue believing in our growth prospects,” Karen says. “We knew that if we were to stop now and put a pause on our hiring, it’s going to set us back even further in the long run than if we were to move forward with our hiring plans as expected.” Amid all the growth they’d been enjoying, they realized that a hiring freeze would offer only temporary protection, at best. And it could cost them their momentum in the meantime.

Karen also stressed the importance, for any company hoping to weather the current storm, of having the right company structure in place. If, going into the pandemic, you were doing what many startups do (frantically hiring sales reps to try to bring in as much revenue as you can) then the pandemic was likely pretty disruptive. But if you’d previously invested in the right sales leader and made moves to build out a strong and robust org chart, you’d be well-positioned for more hiring and more growth.

“When you have a startup, at first it’s just ‘go, go, go,’” she says. “You’re doing whatever you can to get sales implemented and make customers happy. But at a certain point, you can’t scale that way. You have to bring in new experts in different fields, you have to build processes and best practices, and you have to start organizing roles and responsibilities across the customer journey.”

Since Linc Global had just hired a new head of sales and Karen had been brought in for customer success, the company was in a great position, strategically, to keep scaling the team.

What if Hiring Just Isn’t on the Table?

These strategies and bold moves won’t work for everyone.

A pandemic is a big deal, and its effect on the business world should not be underestimated. Sometimes, hiring through it just isn’t an option.

Caitlin Cooke is the Head of Talent at ID.me. Like Nick and Karen, she’s been able to keep hiring through the pandemic, thanks to advantages in her company’s position and recognition of the talent that has flooded onto the market over the last few months.

But when I spoke with her, she shared some valuable advice for companies that can’t keep hiring right now. How can those companies weather this storm?

As for layoffs, her advice boils down to: do whatever you can to hang onto your strategic roles. “When you hear about the talent pool increasing, that’s largely sales roles,” she says. “When companies go through layoffs, those are typically the first to go. But more strategic roles like DevOps and marketing are harder to fill, so companies are doing whatever they can to hold onto those people.”

How to Use Smart Hiring to Keep Moving Forward

My conversations yielded a lot of insight into how companies can keep hiring (and keep growing) through this pandemic. Here’s a recap: 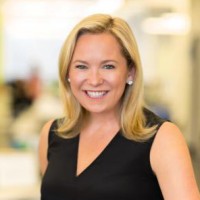 Secrets to Acing the Sales Interview: Tips From a Recruiting Leader