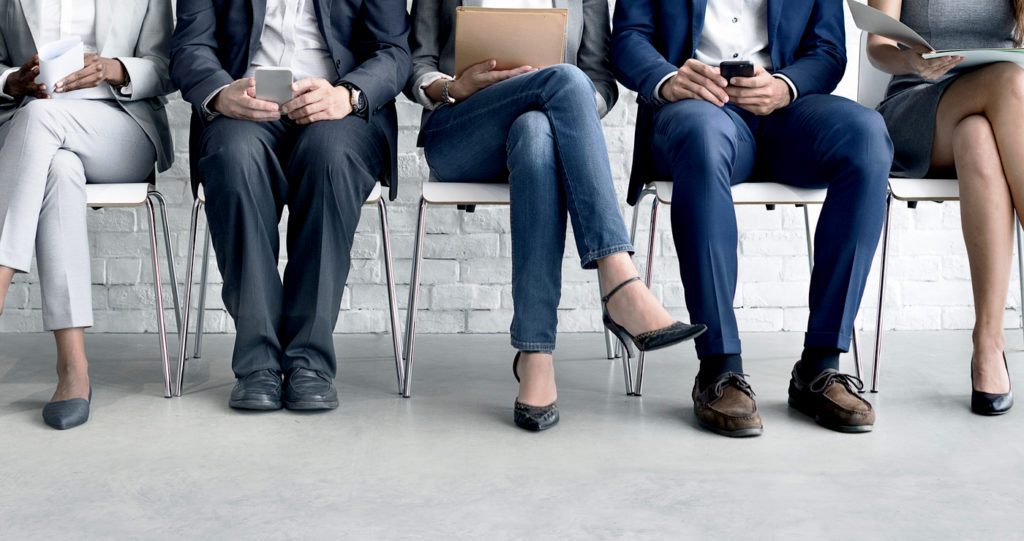 When hiring sales reps, what qualities do you look for? This was the question Scott Barker posted recently on LinkedIn.

It gets you thinking, doesn’t it?

Having spent time as a BDR himself, Scott correctly identified that grit and curiosity are key identifiers for success in business development:

“Intellectual curiosity & ridiculous grit.
Those two things alone can make you successful in today’s world.
Curiosity & work ethic mixed with a double serving of EQ can make you unstoppable.“

Of course, Scott is referring to emotional intelligence (EQ), analogous to IQ.

Anyone with high EQ, ridiculous grit, and intellectual curiosity can be a top-performing SDR. This is the traditional mindset when looking for new team members. Everyone wants Kobe Bryant on their team.

But let’s be honest…

You are not going to get a team of Kobes.

If you treat the talent search as if every candidate should be the top performer on the team, you will be needlessly limiting your search.

As I think about the types of people I’ve encountered in my time as a sales or business development representative (SDR/BDR), here’s what I realized…

There will certainly be a range of skill level on the team. You’re hoping the interquartile range of performance against your key metric is roughly 50%, giving you a top 25% and bottom 25% and most people falling into the “middle half.” 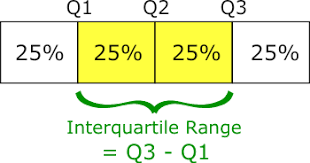 Whether you’re starting a brand new SDR team or joining a well-oiled machine, there will be different types of people on the team and not all of them will have a machine-like work ethic.

Some will be stronger in understanding how Salesforce works and how to set up integrations. Someone else will be the go-to when there’s a fire. And not all of them are going to dunk on every call.

Probably more than half the team will need a lot of coaching and practice to keep up, and only the top 25% will make it look easy.

If you’re playing by the numbers, with this mindset you should consider the middle range as being the most important to think about when you are hiring. This will be the bulk of your team.

Sure, you want everyone to be in the top 25% but it’s just not realistic. And if you plan to hire only future closers, you may be missing out on a potentially dynamic funnel of talent for other parts of your organization.

I think about SDRs in 4 buckets, regardless of where they land against the key performance metric, and this drives what I am looking for in the interviews.

I’m going to describe how to evaluate your current team for each of the future contributors, and what to look for in candidates applying for the SDR role so you can build a rounded team.

Knowing what each candidate is looking to get from the experience is an important part of recruiting and team building. These tips will help you get the most out of your interviews, and you’ll be able to evaluate your current team with an eye for their natural calling.

These are the people who you see standing in front of 4 or 5 computers other than their own every day helping their peers — and they still manage to get their own work done. They are the people the others walk up to for help when there’s no manager around.

You’ll notice these people if you’re evaluating your current team with an eye for who you should promote to team lead.

Being an SDR is tough, and if there’s someone on your team who is grinding it out every day on the phones and hitting all their metrics while making time to help their teammates strategize (or just cope in general), you are looking at someone who is a natural leader.

If they’re telling you, “I don’t want to be an AE. I want to be a team lead,” it might not be a bad idea to test them out.

I made a few other posts on LinkedIn about this concept in reference to Simon Sinek’s TED Talk, Why Good Leaders Make You Feel Safe.

He talks about how back in the paleolithic era, 2.6 million years ago, the earliest period of human evolution, the world was filled with danger and the human lifespan was very short. Things like the weather and saber-tooth tigers were trying to kill us every day, so humans evolved as social creatures who worked together in what Simon calls a circle of safety, or a tribe.

Naturally, within the tribe, a leader emerges, and the leader is supposed to sacrifice their own comfort to ensure the safety of everyone else in the circle. When this happens, there’s a culture of safety in your tribe. People can rest easy knowing everyone is doing their job and watching each other’s backs.

A modern work environment is no different. You could even view an SDR team as a microcosm of a small group of humans trying to survive the harsh elements of reality.

This is why I say the future leaders are the ones you find sacrificing their own time to make sure the new guy’s Outreach integration is working and spending extra hours to get their own prospecting done.

The natural leader will quickly get a handle on the SDR’s essential daily functions and how they play into the bigger sales organization. They will be able to guide and mentor newer members and make others feel accepted.

RELATED: Get Promoted to Sales Management (Advice from 17 Experts)

At the interview stage, you might ask the candidate to describe a time they helped a peer understand something or covered a shift for them.

When you get a candidate who has a tough time stopping after 2 stories, look for them when you need to organize a team event. My guess is they’ll be jumping at the idea. It doesn’t mean they’re just kissing up — this is a future team leader.

If they have a hard time coming up with a story, it doesn’t necessarily mean they can’t be a top performer. They just probably won’t end up being an SDR manager.

Future closers fall into two categories: the naturals and the hard-workers.

The naturals are in the top 25% and make it look easy. They shut everyone out on the floor effortlessly and lock into an undeniable rhythm with ease. You can hear them from anywhere on the sales floor giving almost the same value prop with the same surgically placed questions that make their prospects wonder why they hadn’t signed up sooner.

This is the Serena Williams type — everyone else seems like they are in a league lower for some reason.

You’ll find future closers hunching over the AEs during a demo without anyone prompting them to do so. They’ll be asking questions about the product in meetings, even though they don’t need the information.

The people who want to close will probably tell you that’s their plan. They’re the type who would be happy working under a quota, so they probably won’t have a hard time making their number.

This isn’t every future closer, though.

Some of them really want to close and show deep admiration for the closers, but they aren’t there yet. And that is perfectly fine — everyone comes in with different skills in different areas.

RELATED: The 30+ Most Desirable Sales Skills & Traits You MUST Develop To Become An Unstoppable Rep

A key trait of the hard-working future closer is the ability to self evaluate and take feedback. It should be no big deal to review a call or deal with someone like this. They are eager to get better and have thick skin.

They take responsibility and own their performance. You’ll find they might even be their own worst critics, because they have such a high standard for success.

3. Future Contributors in Other Departments

I call this group the Black Swans of your organization — the SDRs who don’t want to be closers or sales managers, but they are willing to come to work and do whatever you need. They’ll dial 100 numbers a day trying to find you a new customer, just because it means they have a chance to work in your organization.

Often there’s no direct path for them. They’re signing on, HOPING they can carve out a spot for themselves at some undetermined point in the future.

This is probably a multi-talented person who has a ton of the grit and insatiable drive Scott Barker (and Angela Duckworth) talked about in his LinkedIn post. You should cherish these workers and find a spot for them wherever they want to go.

In the discussion, Nathan Kryn from Planhat jumped in: 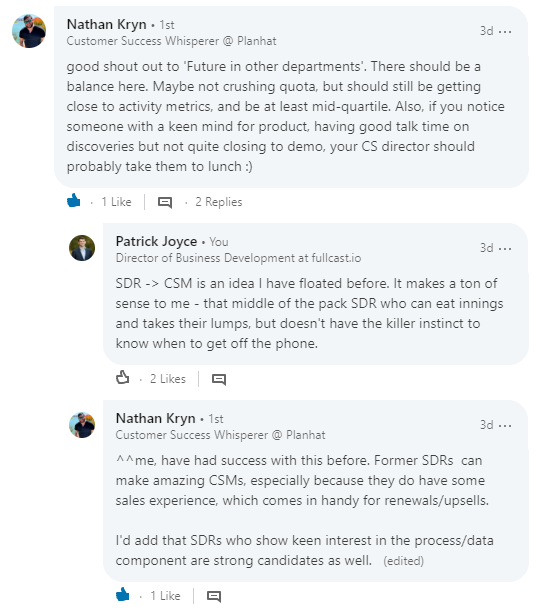 Customer success is one avenue outside of the sales org that SDRs could be funneled into. Cross-training SDRs who want to go this route would be efficient and satisfying for the SDR.

Sales operations is another direction an SDR who isn’t interested in a career closing deals or managing a team. Some technically minded individuals actually get satisfaction from cleaning data and list views.

They run reports in Salesforce to find hidden honeypots in the CRM and often find a way to automate most of their job without telling anyone. Someone like this might self identify as being more analytical and numbers-oriented.

MORE HIRING TIPS: How To Build (And Scale) A Successful Sales Development Team

This last category, the Flounderers, are the ones who flounder out after a few weeks or months. But here’s the thing…

It can be really hard to tell the difference between a flounderer and someone who could contribute in another department.

In the interview process, you may get the impression that they won’t pan out as a rep in the long run — but you may not be able to figure out whether they’ll completely flounder or add value somewhere else in the org.

So what do you do?

I say go for it — you might find someone who CAN contribute and the experience they gain breaking into new business will give them a revenue-oriented mindset going into the next role.

There are a couple of obvious flounder moves (hint: things to avoid doing as an SDR).

Usually, if someone isn’t hitting their number, you can tell whether or not they’re trying if you watch carefully enough. Or just ask around.

RELATED: How to Get Better at Sales (Essential Guide and 4-Step Checklist)

“Everybody is a genius. But if you judge a fish by its ability to climb a tree, it will live its whole life believing that it is stupid.”

When hiring, you’ll be looking for future closers. But don’t ignore future leaders and future contributors to other departments. You simply want to weed out as many flounderers as you can.

Your mindset is to figure out how to let them swim. So look for what each person is good at and put them on the right path.

YOU MAY ALSO LIKE: How to Increase Diversity and Inclusion in Your Sales Hiring Process