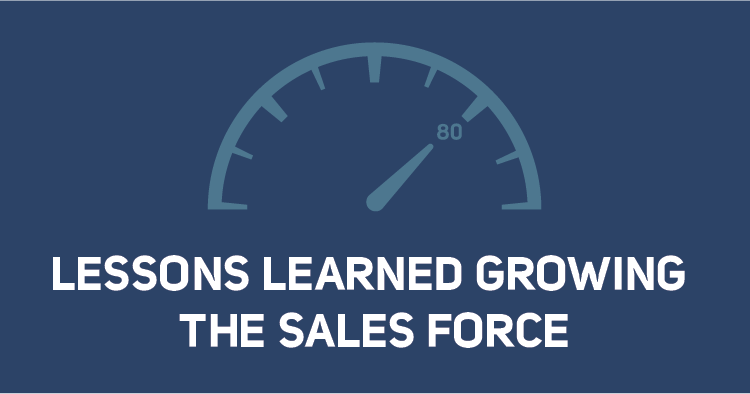 *Editors Note: This is a guest post from the current VP of Sales at Zenefits and former Director of Sales at Echosign, Sam Blond.

When I joined Zenefits last December, there were only 18 employees and just two people actually selling. Fast forward 11 months and we’re closing in on 350 employees, including more than 100 in our sales department.

As the VP of Sales for an organization undergoing such dramatic change at so frantic a pace, I’ve learned a lot about how to grow and, just as importantly, how to manage this increasingly large and complex sales force.

1)   Use Multiple Recruiters – and Get to Know Them All!

If you’re scaling quickly, align yourself with several external recruiters. Even if you’re already working with someone and he’s been excellent, don’t put all your eggs in one basket. At Zenefits, we use five recruiters and very rarely do two of them send us the same candidate.

By the way – do what you can to make friends with these guys! Get to know your recruiters. Take them out for a drink, meet up for lunch, stay in touch.  That way, you’re top of mind when they find the best candidates.

It’s so important to pay high-performing sales reps well. In order to attract great sales people, you must become known as a place that pays well.

Feel free to reward performance in other ways like award ceremonies, Presidents Clubs, etc. if you wish, just remember – money comes first. People might stay with their company if they feel like they’re well recognized for a job well done, but they don’t take a job for the award ceremonies, they do it for the money.

Building Zenefits’ reputation as a place that rewards its sales people has been a big focus of mine and I’m proud to say that in my time here we’ve had just one person decline an offer… and they called back a few months later asking to get on board.

It’s always dangerous to put make hard-and-fast rules that will be appropriate for everyone, but in general, I recommend companies get to at least $1 million in recurring revenue with at least two reps closing business and a good pipeline of leads before they bring on a VP of Sales.

Because, quite simply, that’s what the candidates are looking for from you. And until those things exist, it will be difficult to attract a qualified candidate.

Another side note here – Often times when a VP of Sales comes aboard they bring some sort of team with them. So, all you individual contributors reading – align yourself with your VP because at some point they will probably move to a new company and take you with them. Three of my best sales reps came with me to Zenefits and they now have equity in a great new company.

About half of our sales staff is comprised of “Sales Development Reps” who do the cold calling and lead creation. The other half, our so-called “Closing Reps” are responsible for – you guessed it – closing deals.

However, as we’ve grown we’ve recognized an opportunity for a hybrid role. Previously, our customer acquisition cost made it unproductive for our SDR’s and Closing Reps to spend their time on deals of $10,000 or less, even though we had a sizable number of those opportunities.

Now, our team of hybrid reps focuses solely on those smaller deals and works them from start to finish. This allows us to capitalize on all of those smaller opportunities without pulling the SDR’s and Closing Reps away from larger deals.

More recently, we’ve added sales support staff to further help all of our reps focus on their specific responsibilities by taking much of the non-revenue generating sales tasks off their plates.

2) If You Want Your Reps to Listen to You, Set Realistic Quota Targets

My philosophy is that at least 70% of reps should be hitting their quota. If a solid majority is not, your quota becomes unenforceable – not to mention discouraging. Think about it, if a sales rep isn’t close to hitting her number but the rest of her teammates are in striking distance of their quota, she’s likely to blame her own performance. But if she sees that half of her team is in the same position, naturally she will focus the blame on the quota (and probably rightfully so!) 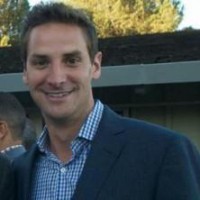