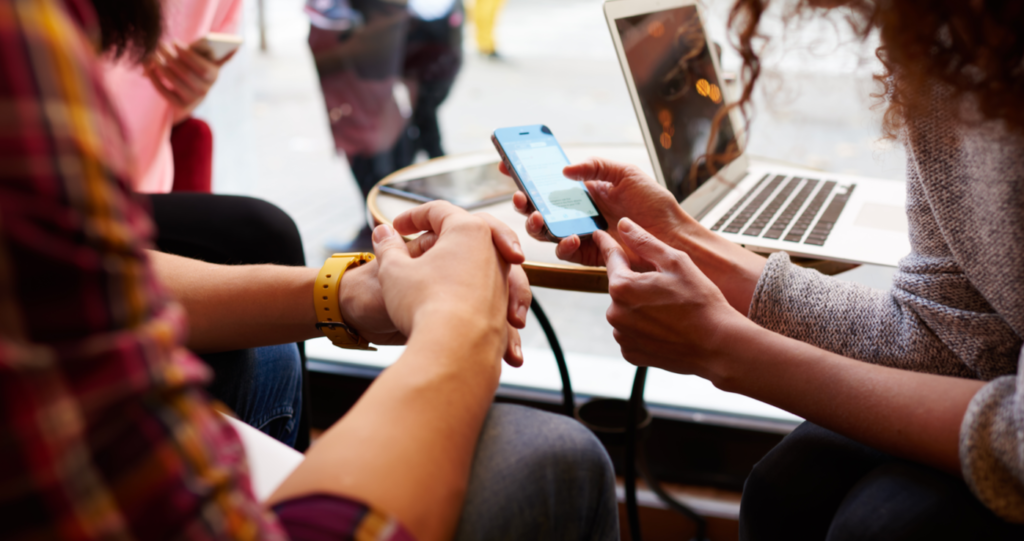 Are there any — besides the fluffy and non-specific things, like “engage with leads,” that we hear about all the time?

Actually, yes! Twitter can be a very powerful nurturing tool for lead prospecting. And we thought there should be a fluff-free process you could implement to use Twitter to connect with prospects at a higher rate.

Here’s how you or your sales reps can use Twitter to warm up prospects, build rapport, establish thought leadership for your company, and ultimately connect with prospects that turn into paying customers.

Step 1: Discover Who Your Prospects Are

The first step to lead prospecting on Twitter is to research your prospects on this social media channel. You need to know who they are on Twitter and what they’re talking about.

There are a couple of ways to do this:

RELATED: The Most Comprehensive Guide To Social Selling You’ve Ever Frickin’ Seen

If you use a CRM like HubSpot or Salesforce, you can automatically search for the Twitter handles of your contacts when they convert as a lead.

In HubSpot, for instance, this information automatically appears on each contact record. You can then create and export a list of your leads with known Twitter handles — segmented out by sales rep — to give your team a list of contacts relevant to them. 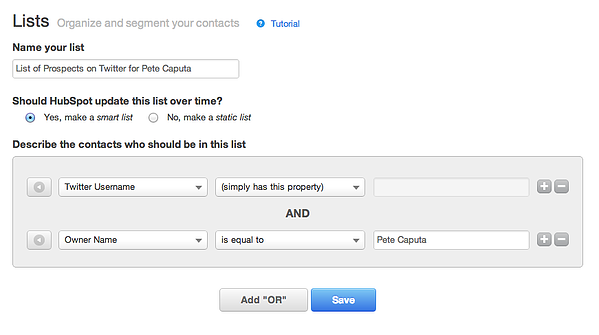 Step 2: Start Tweet-Talking to Your Prospects

Lead prospecting on Twitter starts with engagement. But engaging with prospects in a meaningful way is sometimes easier said than done.

RELATED: Sales Engagement: The Intersection of Sales and Science

The key to doing this effectively is to remember that Twitter is simply another channel of communication. That means:

Sure, mentioning your prospect in a tweet will get you noticed, but the difference between being engaging and annoying boils down to what that message is about.

Here are a couple of tactics to consider:

I repeat, don’t abuse the @mention feature. Mentioning someone on Twitter is a great way to get them to notice you since your tweet will show up in their stream, but you want to make sure that they’re noticing you for the right reasons.

Ask yourself: Are you offering them something valuable that’s relevant to them? If you haven’t talked to them in real life before, be sure to include why your message is specific to them.

For example, “@HubSpot I downloaded your free email template offer,” is relevant, but there’s no context.

This one, “@HubSpot Can we schedule a time to talk more about the product I’m selling?” is all about you. Think again if you think you’re going to get a response.

RELATED: 8 Updated B2B Sales Prospecting Strategies To Think About NOW Before You Start Another Quarter

Similar to when you’re at a cocktail party, if you simply repeated everything someone else said, it would get boring (not to mention annoying) pretty fast.

When you retweet something a prospect says, add to the conversation by offering an additional insight or posing a question.

Be helpful and relevant. Make sure that you’re retweeting things that you’ve actually read and found it to be valuable — especially because they could follow up on that in a future conversation.

Here’s an example from Pete Caputa to give you an idea of a natural retweet that’s based on context: 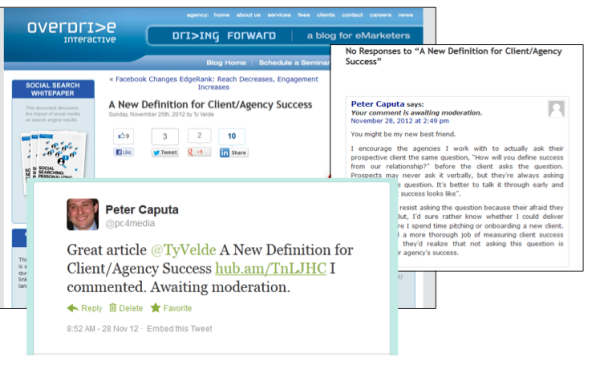 Subscribing to a prospect’s blog is a great way to find out what’s important to them and learn about what they’re working on.

One tip for doing this if you use a Gmail account: Use a “+” sign in your email address when you subscribe and route those messages into a separate folder. This is a little-known trick that makes organizing your emails super simple.

For example, I subscribe to blogs using juliette+blogsubscriptions@gmail.com so that I can organize those messages in a separate folder by setting up a filter. Then, when I have a block of time, I can read all the articles in one sitting.

Goal #1 in lead prospecting is to convert each lead into a customer. Often, one of the steps on the path to doing that is establishing a good connection, whether it’s over the phone, email, or in a face-to-face meeting.

RELATED: How To Write The Perfect Sales Email

One of the great things about using Twitter in your prospecting process is that it gives you a window into what’s important to your prospect and what’s on their mind at any given time.

By utilizing Twitter lists, you can quickly scan what your prospects are saying each day to look for opportunities to start conversations — either online or over the phone.

By offering them relevant and valuable content, you can help establish yourself as a thought leader and stay top of mind for when they’re in their buying process.

That way, when you do speak with them offline, you’ll be able to have a richer conversation based on their needs and how you can provide them with value.

Do you use Twitter, or other social networks, in your sales process? Share your tips on integrating social media with sales in the comments! 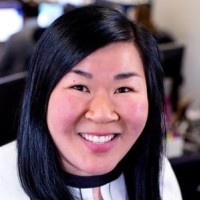