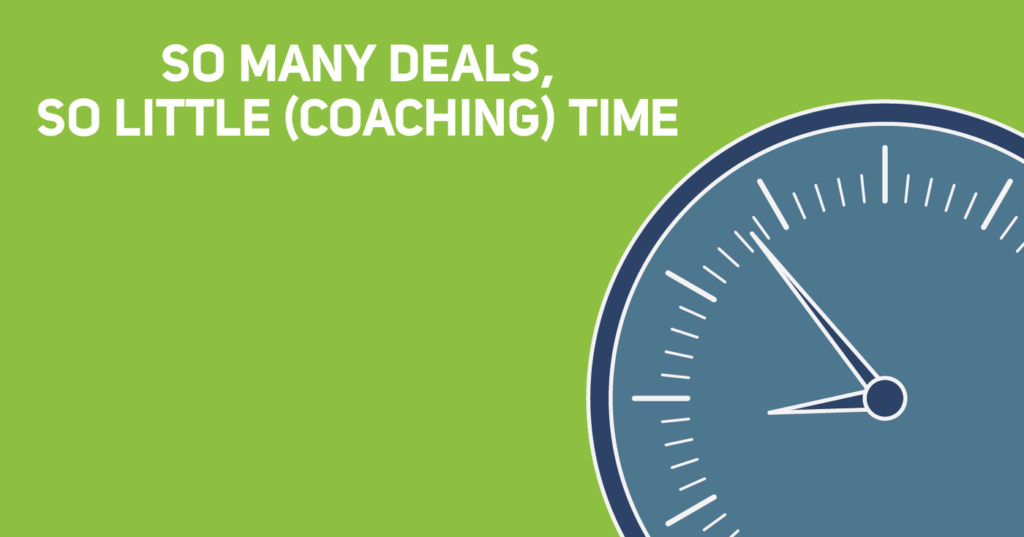 You may know that recent studies have uncovered that sales reps who receive just three hours of coaching per month can exceed their revenue goals by 7%, and increase close rates by 70%. The problem is, many sales leaders cite a lack of time as the main obstruction to them being able to coach their team on a consistent basis. I frequently hear when I speak to managers that coaching is an ‘ad-hoc’ task, which happens whenever they have the opportunity. ‘Managerial tasks and closing out the quarter’ are always flavor of the working week. Whilst time is clearly a challenge, I have little sympathy. Coaching has been deemed to be the most important role of a front line manager, and so it deserves the equivalent amount of attention. So how can we make time less of an excuse in 2017?

1. Coaching as a KPI

I ask many sales leaders how much of their weekly time is apportioned to coaching. The most common response I get is one of uncertainty or ambiguity. The reason being is that it isn’t consistent and isn’t measured. They can often, however, tell me how much time they apportion to tracking team KPI’s, recruitment, admin, and their own sales activities. It’s no wonder that tasks which are frequently measured (such as these) are the ones which are most controlled and executed consistently. Can we conclude therefore, that the tasks which AREN’T measured are the ones which will happily go by the wayside?

Considering that 3/4’s of sales managers spend only 5% of their time coaching and mentoring their reps, is it simply a case that managers DO have the time to coach reps, but simply don’t prioritize it? What if you were to make coaching one of your own personal KPI’s? What if coaching quality and consistency was tied to the same performance objectives as revenue goals and hiring.

My morning commute is roughly 30 minutes sitting on a bus in each direction. It’s time which would commonly be spent twiddling my thumbs or listening to a podcast. Not now, however. Technology has allowed companies to start recording and reviewing their sales rep’s calls, demos, and emails – so that coaching does not need to be a live, observation-based activity. By the time I reach the office, I can feasibly listen and provide feedback to a sales call for each of my SDR’s. By the time I return home, I can review the performance of a product demo one of my AE’s has delivered that very afternoon. My normal downtime has effectively became my coaching time.

Whether you drive, sit on a bus/train, or walk into work – is there any excuse for not investing that time into getting insights into the conversations your reps are having? Think about it another way. The next time you’re in an airport departure lounge, listening to just one sales call could become the difference in helping your rep hit another level that working day. Does sales coaching always HAVE to be a face to face experience?

3. Abolish the time-sapping ride along

I have to admit to getting frustrated when I hear how much time sales managers happily invest in sitting alongside their reps, shadowing their calls or demos. One recent SDR leader I spoke with told me that they would often take an hour out of their day to sit next to a rep and listen in as the rep made outbound dials. The problem? They would end up using the majority of that full hour listening to voicemail messages, ring-outs, and watching their rep type up notes in the CRM. Add to this the additional feeling of pressure undoubtedly felt by the rep having their boss sat eavesdropping next to them. When time is at such a premium, then why is it not being used efficiently?

So why not abolish the old fashioned approach of ride alongs? Technology has allowed us to be able to record our sales calls and sales demos so that coaching becomes asynchronous. We can now listen to meaningful sales conversations rather than answer machine messages. That same hour spent doing ride-alongs can be spent actually coaching our reps’ live sales activities. We can also help them plan for their next calls or doing pipeline reviews. Moreover, reps need not feel pressured by the imposing presence of their manager in the chair next to them. This means they are more relaxed, natural, and providing a more accurate profile to be coached.

4. Identify your team’s most common mistake

What is your team’s most common mistake in their sales interactions? When I ask this question, many sales managers don’t have the answer. The reason behind this is that they aren’t investing coaching time in listening to and observing the conversations their reps are having with their prospects and customers.

If you aren’t listening to your reps’ conversations, then how can you possibly lead effectively? By investing the relatively small amount of time identifying common trends in your team’s weaknesses, your coaching time will subsequently become more focused, personalized, and effective in addressing that specific deficiency. Frequently, a lack of discovery or ‘value selling’ is identified as a weakness of a sales team. If you were to quickly find that this was the case in your own sales team, then this helps you prioritize mentoring and skills development exercises within this specific area. It prevents you from wasting valuable coaching time delivering ‘cookie cutter’ style training. It allows you to maximize the limited coaching time you may have on your hands.

One customer we have recently started working with said that one of their key challenges when it came to coaching was not necessarily down to a lack of time. More it was tricky to schedule time to coach their reps at a time that both parties were available. Indeed this conundrum is perhaps at its peak when considering remote sales teams or those based across different countries and time zones. So when live sales coaching or in-person sales coaching becomes tricky, what can be done?

We have seen the emergence of video based coaching in recent years – breaching the gaps of geography and time. There are even dedicated solutions specifically designed for this purpose, such as Refract, Brainshark, and CommercialTribe to make this more streamlined and simpler to administrate. Typically these will involve a manger setting a video recorded challenge (for example – asking for an elevator pitch or a response to a common customer objection). Reps can then ultimately practice and respond to such challenges by turning the camera on themselves – with responses watched and rated by managers in their own time.

For added time efficiency, one tip would be to record lots of challenges all at once and then schedule these to be sent out on a weekly basis. This allows you to not only gain an insight into capabilities and messaging skills of your reps, but enables you to provide coaching and feedback without having to play calendar ping-pong with your reps.

As sales teams scale, time becomes more and more stretched. In fact, a Bridge Group study from 2016 shows that the number of reps to a sales manager has increased by 12% in two years. 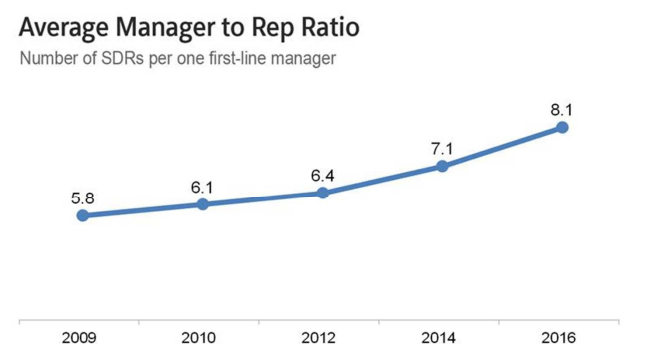 It’s no wonder therefore, that time for consistent and regular coaching is becoming more and more strained. Sales managers need more support, and the coaching workload has to be shared. So how do you do this?

Turn your most experienced sales reps into player coaches. Some of our own clients are actually making this role part of their company’s career ladder, and the stepping-stone to more senior roles in the business. Peer reviews of calls, demos, meetings, and emails allow them to foster a culture of collaboration whilst also scaling coaching output. Combining peer-to-peer coaching with manager coaching helps to leverage the expertise of your highest performers whilst ensuring your involvement as a manager is not removed. Moreover, some of the feedback we have received from customers using this approach has actually hinted at the fact reps often feel more comfortable and welcoming of coaching delivered by those who live and breathe the same sales challenges and scenarios.

7. Move to an inbound coaching strategy

Generally when people think about coaching, they automatically assume a one-way process of a coach observing the “coachee”. It’s a process which purely relies on the coach spending time identifying weaknesses and remedying deficiencies. This is largely true of course. Part of being a great coach is having a careful eye for picking up on these skill/behavioral gaps and making the rep more self aware of things they wouldn’t necessarily pick up on themselves.

Observing weaknesses in a large or remote sales team can be time consuming, however. Consider therefore moving to a more ‘inbound coaching strategy’. Encourage reps to come to you on a weekly basis with a scenario they have been involved in the previous week. This could be an objection they failed to overcome in their last meeting, a cold call they made which hit a dead end, or an opportunity stubbornly stuck in the pipeline. Technology makes it easy to playback key moments of recorded sales interactions so that you are instantly taken to the coaching opportunities rather than finding them yourself. Think of these as inbound sales leads. You don’t need to spend time researching, prospecting, and finding them yourself. They are brought directly to you. 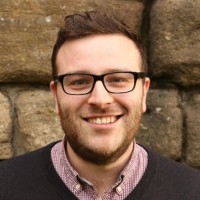 Discovery Call Disaster: 7 Deadly Mistakes to Avoid at All Costs

Stop Training and Start Selling: How to Stop Your Sales Demos from Becoming Webinars