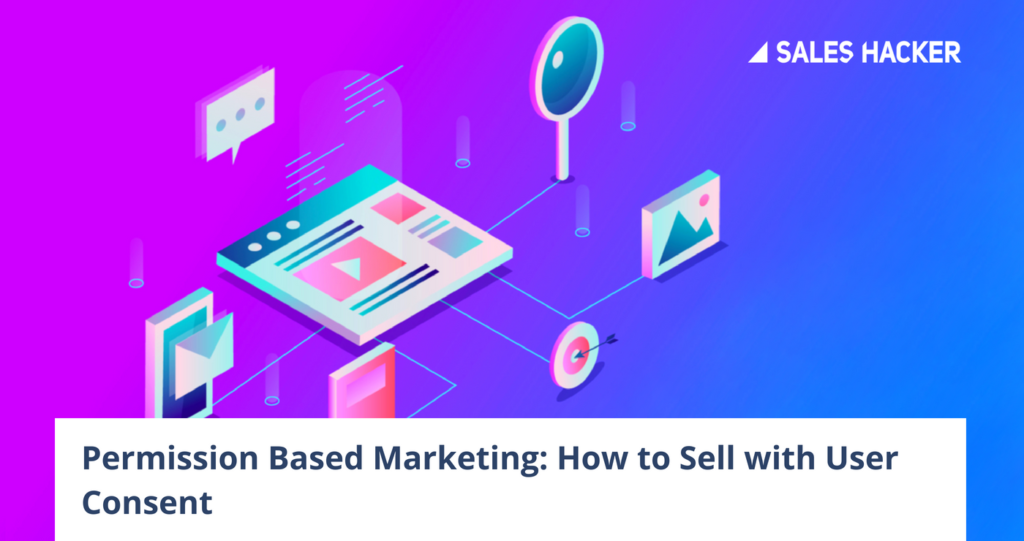 I asked Gaetano to join me in a discussion about permission based marketing and growth hacking – and where the boundaries lie with user consent. Here’s a lightly edited version of our conversation.

Gaetano DiNardi pissed off a bunch of marketers recently.

We run in the same circles on LinkedIn, and I’d been watching his content for a while when I saw him post something that stopped me in my tracks.

He said the most disturbing trend in marketing today is “influencers” promoting spam tactics to their fans and calling it “growth hacking.”

He went on to describe how a well-known marketer recently posted about a way to hack Product Hunt. This marketer told his followers to export their LinkedIn connections, email contacts, and merge them into a CSV and upload them all into Product Hunt for their next launch.

Then you can send people notifications and updates about your launch, regardless of whether they asked for it.

This tip drew the usual thunderous applause from people in the Facebook Group where the post went up, but Gaetano was not impressed. And he called the guy out, telling him this is a terrible tactic that amounts to little more than spam.

The whole interaction got me thinking about the forces at work behind this.

GDPR and finding the path of least resistance

There are two dichotomies at odds with each other in marketing today.

On one hand, we’ve got GDPR forcing us to take consumer data more seriously than ever before. We have to pay close attention to how data is managed and used, and we have to be very transparent about this with users.

On the other, the growth hacking community is obsessed with finding the path of least resistance to building a massive following. They are taking liberties with user data that many people (including enforcers of consumer data laws) would not be okay with.

I asked Gaetano for his take on this.

“The whole idea of permission-based marketing is we’re not supposed to send unsolicited email promotions to people who haven’t given us permission, and taking it a step forward. We now need their permission to send them the stuff that they originally agreed to receive,” he said.

Related: Get Peace of Mind: A Final Look at Your GDPR Compliance Checklist (24 Steps)

It all comes down to explicit vs. implicit consent

“It really comes down to the idea of explicit versus implicit consent. We don’t want to jeopardize our business in any way, but really there’s still a lot of gray area about this. It really comes down to how much are you willing to risk. A lot of these startups feel the big GDPR laws are not going to be as laser focused on a company like ours as opposed to Verizon or Time Warner.”

“That may be true to some degree, but look at what happens in these Facebook Groups. The majority of the people are amateur startup marketers. They’re just looking to chase the next big shiny object, and it’s a bunch of people just sort of posting hacky ways to get ahead of the game.

“When I saw that post I was like, oh man. Not only is this a GDPR nightmare, do you really want CEOs you may have connected with on LinkedIn to suddenly start getting your spammy updates on some product that’s not even relevant to them?”

As he wrote about this on LinkedIn, Gaetano tagged the CEO of Product Hunt to get his thoughts, and he said there’s not much they can do about this.

“This is not marketing and when I challenged the person who posted this tactic, not only did I receive lots of backlash from people in the group, but the group’s owner took the defensive posture that it’s not spam until everyone starts doing it. If you’re ahead of the curve with finding new ways to break through, it’s only spam when everybody else catches up.”

Related: GDPR Could Cut Your Sales Pipeline in Half—Here’s What You Can Do About It

Growth Hacking Is Not a Strategy

The problem with this approach to growth hacking, according to Gaetano, is that you continually have to discover and deploy new hacks to stay ahead. When everybody else catches on and starts doing it, you have to find the next big thing. It’s not a sustainable strategy.

For the record, the GH community also spends a lot of time talking about the mechanics and work ethic of content creation. The hard work that forms the basis of every good marketing strategy, but these lessons sometimes get eclipsed by hacking tactics like the one mentioned above.

We talked a bit about the importance of building a strong foundation of organic traffic based on keywords, content, link acquisition, email, social, and marketing automation, and then adding layers of “growth hacks” that will add jet fuel to your marketing.

It’s not easy to get to that point today, and I think the problem lies there.

Why Do We Need Growth Hacking?

Content marketing is more than a grind these days.

Some industries are so competitive it’s damn near impossible for a startup to establish a foothold without an extremely niche-focused strategy. And even then success is not guaranteed. One of my favorite marketers, Mark Schaefer, writes about this at length in his book, “The Content Code.”

In it, he states what so many of us feel, but are afraid to say out loud – amazing content is not enough. Not anymore. Today, you need an amplification and promotion strategy that gets your content to move. Startups, in particular, have no time and resources to waste. They need ways to get ahead fast.

This is why growth hacking is a thing.

This is why so many well-intentioned marketers are willing to try tactics that bend the rules of permission-based marketing pretty hard. They are desperate for an audience. And scraping emails from various lists blasting them with messages from another site can sound awesome, despite the risks.

Related: PODCAST 15: The Art and Science of Pipeline Generation

The gray area in retargeting vs. growth hacking

Here’s where it gets complicated. Facebook has allowed us to do this for years. In ten minutes you can upload a contact list and start targeting a custom audience right away.

So why is retargeting okay, while other growth hacking tactics are not-so-okay? Gaetano and I agree the answer lies in this gray area where users accept they will be retargeted when they opt-in to your contact list.

But emailing them from other sites and apps isn’t so cool. Here’s why.

Marketers Have to be Accountable

When users opt-in for emails from your website, they expect to hear from you about certain things. GDPR tells us to go a step further and specify what we intend to email them about, and how their data will be managed.

But when you upload email addresses to another site and start sending people messages, you are no longer accountable from the user perspective. They are getting messages they haven’t opted for, and when it’s coming from another site, they may not necessarily place the blame where it belongs.

“There is a buffer layer between [the users] and [marketers] and if people get pissed they just unsubscribe from this other site,” Gaetano said, “but they won’t make a spam complaint against us.”

This is an important point. Marketers must be accountable to their contacts if trust (and legality) will be maintained. That accountability disappears if you are using another site as a buffer between the user and your brand.

Getting By With a Little Help From Your Friends

Sean Ellis, the founder and CEO of GrowthHackers, is the legendary marketer credited with driving explosive growth for several companies, including Dropbox. He’s a brilliant guy who realized early on that activating your most loyal customers can achieve powerful results. In one example, Dropbox offers 16 GB of free space to people who sign up their friends, and it worked famously.

It seems to me this sort of referral sales embodies the true spirit of growth hacking because it puts the power directly into the user’s hands, incentivizing them to tell your story.

This may or may not always involve a tangible reward, but as Schaefer reminds us, activating your alpha audience is key to viral growth.

“That to me is the pillar of growth hacking,” Gaetano says. “At the end of the day, it can be very simple idea. How can you make an impact with fewer resources, and still get a sizable return on those efforts?

“The thing is you want to hit people in that early adoption phase. These tactics include simple things we don’t ordinarily think of as a growth hack. Take Uber and Lyft that say invite your friend and give them a couple of free rides. That in itself is a growth hack.”

If It’s Legit, You Should Plan and Test It

One piece that’s often missing from these discussions about growth hacking is how it fits into the overall strategy. If you are experimenting with an idea, it should be tested and measured against clear objectives.

How to evaluate whether a campaign is worth running or not

“You have to figure out how long to run the experiment. And the cost – not just money, but also sweat equity from the team.

What are other things could you have done instead that may have been more valuable? All these sorts of things need to be taken into consideration. A growth hack has to be treated like a campaign. You have to agree what the outcomes should be, and determine whether it was successful and worth doing again. ”

It’s equally important to figure out whether the tactic is worth trying in the first place. For example, Sales Hacker uses a system called BRASS (Blink, Relevance, Availability, Scalability, Score). This is how they assign a numeric values to different aspects of an idea to evaluate its worthiness.

Where growth hacking ends and permission based marketing begins

Gaetano feels it’s time for the industry to define exactly what growth hacking is. Where does it stop overlapping with permission based marketing?

When trying something out, you need a good practical framework to validate the impact. You have to know how long to run it and how you will know if it was successful or not.

Growth hacking is a necessary part of marketing today, but it’s important to remember there are no shortcuts to success. If your strategy doesn’t involve hours, days, months and years of hard work – you are building something that won’t last. Guaranteed. 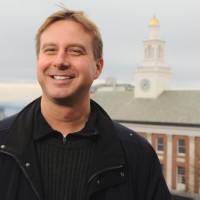