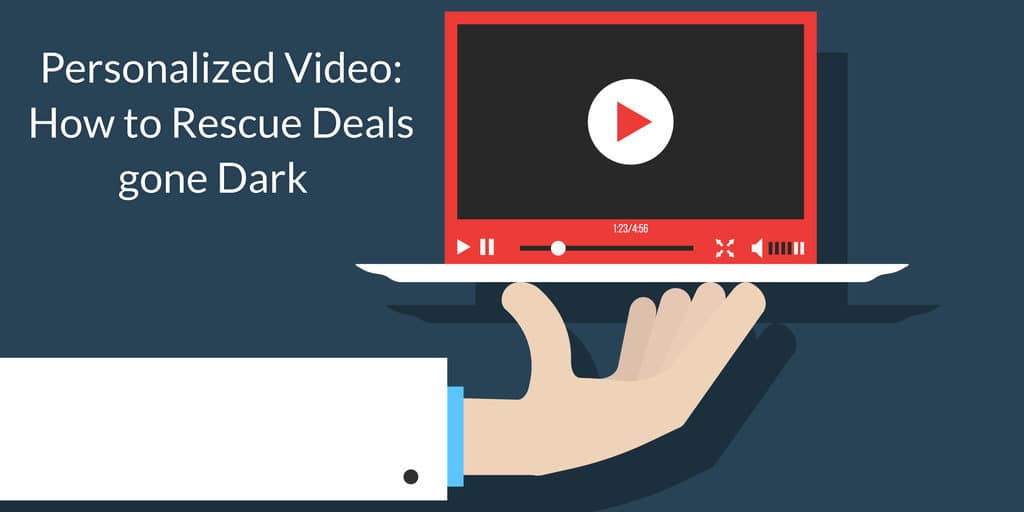 There are a lot of incredible stats when it comes to people’s love of video. Facebook and Snapchat together have over 18 billion video views per day. 70% of all Internet traffic is video, according to Cisco. And employees are 75% more likely to watch video than read text, according to Forrester.

Given how popular video is in general, it makes sense that video can be a valuable method of communicating with prospects. And if we had to pick one area where video is most effective in the sales process, it would be for rescuing stalled pipeline. Many sales leaders have shared with us that solving the “deals gone dark” problem—where an initially promising meeting with a prospect turns into total silence in the follow up stage—is a huge concern. But using customized video during this stalled out stage is resulting in great responses from prospects who are impressed with the personal touch.

Here are some of the key qualities of the most effective videos being utilized in this phase of the sales process that will maximize your results:

Consider for a moment how a news report on economic activity might start with a shot of the newscaster, and then transition to the newscaster’s voice juxtaposed with images of traders on Wall Street, downtown New York, etc. — footage that visually amplifies the message of economic activity. In video production terms, this supporting footage is called b-roll and it’s critical, both for making the video interesting enough to watch, and to make the priority concepts as comprehensible as possible. Without b-roll, a raw video of just a salesperson’s face can be too visually boring for a prospect to watch.

Fortunately, most companies have spent significant resources on producing marketing footage that illustrates the value of their products. This marketing video content makes perfect b-roll to bring alive the deals gone dark follow-up video. Support marketing footage might feature the product in action, employees shaking hands or collaborating on whiteboards, the product UI in the hands of customers, happy smiling faces—content that echoes the specific value proposition that the salesperson is pitching. This footage not only makes the message more powerful and the video more compelling, but it also raises the overall professional quality of the video since that marketing footage is generally high quality.

Personalized video is not just about saying the prospect’s name in the video, and then reverting to the generic sales pitch. It’s an opportunity to position your products in the context of the precise business needs of your customers. Ideally, since the deals gone dark video is being sent after an initial meeting where discovery took place, the salesperson can position the product in the context of what they learnt about the prospect’s business. Video is a chance to simulate speaking directly to a prospect, and digitally translate the value of that initial in-person meeting.

Several universal characteristics of good video presentation always apply for creating effective content. Whether a salesperson is reading from a teleprompter, or delivering a memorized message, consciously pushing energy levels on camera to a level higher than what feels normal will result in a video that looks just right and counter the natural tendency to come across as low energy.

In addition, the salesperson smiling at the beginning and the ending of a video makes a huge difference in translating warm, relatable emotions. It’s super easy to have a “concentration face” when recording videos for the first time, which is not optimal for maximizing the emotional connection with a prospect.

As long as the marketing team takes care of the support footage, there’s only a small portion of the video that features the salesperson, and that’s the area to focus on for camera best practices. Ideally, a professional video of a salesperson would be steady, evenly lit, have a flattering angle, an optimized background, and great sound.

To achieve steadiness, bracing the iPhone camera, for example, against an object or using a low-cost tripod can go a long way towards filming a solid shot. For lighting, coach a salesperson to face a window or light source to optimize the lighting on their face (instead of having the window behind them, which will darken the face and blow out the background). In terms of angles, aim to film from a medium distance that is not so close that the face gets cut off in the frame, and not so far that the audio winds up weak and full of room echo. Also, greater distance between the salesperson and the background behind them will create the highest quality look, but when that’s not practical, a “clean” background, free of mess, is best. And for sound, as long as the phone’s camera is close enough, the on-board microphone can be passable, but a low-cost mic can significantly improve the closeness of the sound, which will generate a much stronger perception of video quality and message clarity.

Delivering a strong, compelling message is already an existing skill of salespeople, and this communication ability can definitely translate to being great in video as well. With a little practice, along techniques like these to help make the videos look as good as possible, your sales team can add video to their arsenal to move deals forward. 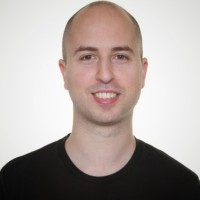