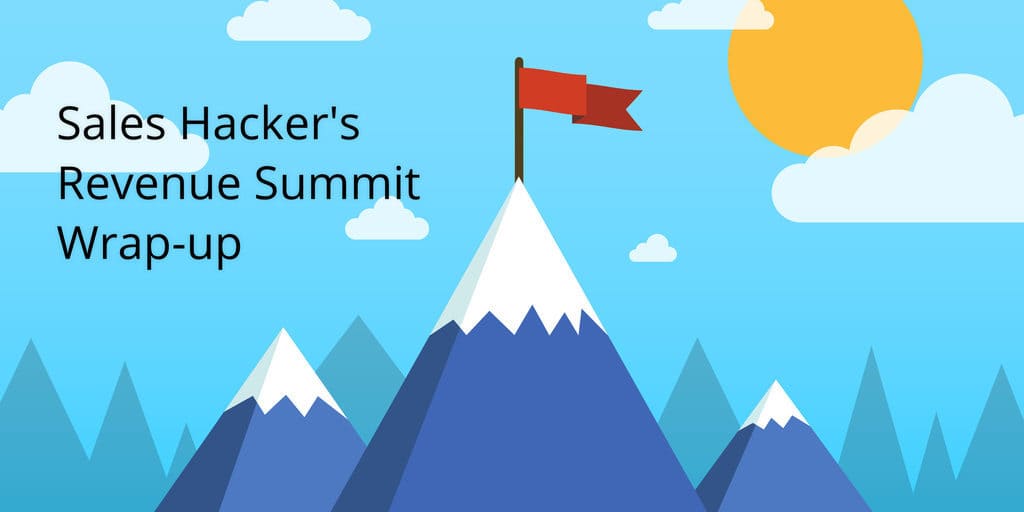 On March 7 and 8, Sales Hacker and #FlipMyFunnel finished an awesome two-day conference, The Revenue Summit, combining the best of SaaS sales and marketing. With nearly 2,000 attendees, over 20 sponsors and tons of great content and networking, this was no doubt Sales Hacker’s best show to date.

For the past several months, the Sales Hacker team was grinding getting ready for the upcoming conference: planning speakers, marketing and promoting. Putting on these conferences is a lot of work! However, I knew all the hard work had paid off when I heard a stranger on the plane talking about it while on my way to San Francisco.

On Day 1, I arrived to the venue at Pier 27 a little early at 7:30 am and went for a quick walk-through of the two-story building, taking it all in before things got started.

By 9:00 am the venue was packed. Max and Sangram had a great couple of opening speeches to kick it off. They explained why they decided to run this conference together, and also why marketing and sales alignment was so important. This was the first time I’d ever been to an event of this size with such a focus on the up-and-coming trend of Account-Based Marketing (ABM).

For those of you who don’t know what Account-Based Marketing is, Terminus quite literally wrote the book on this topic. ABM has lots of different aspects to it, and trust me you’ll read a bunch of stuff that is highly irrelevant (or just wrong), but you can sum it up in a few bullet points:

There were also several keynotes and breakout sessions on how to apply ABM tactics in one’s organization.

“Marketing is not naturally efficient for fishing with spears” CEO, Engagio – I find this to be very true, mostly because for so long marketing has been focused on casting a wide net and seeing what sticks. Because of commoditization, it doesn’t really work anymore; your messaging must be targeted to individual challenges.

“The buyer has changed, they expect salespeople to sell them on their terms” CEO, Terminus – Yes, again because of commoditization, buyers now have more control because they have more options. If you don’t sell on the terms of the buyer, they can now go off and find 10 more similar products to yours, and maybe even cheaper.”

Overall the content of the conference was exceptional. We already incorporate an ABM strategy at SaleMove, but one major takeaway I had was that ABM is not just a marketing strategy, but rather both a sales and marketing strategy.

“The more aligned your sales & marketing teams are in messaging, the more successful your ABM strategy will be @seancdaly”

After an exhausting Day 1, everyone needed a drink. Luckily, Terminus hosted an after party at Mission Bowl, an old school bowling alley in the Mission District of San Francisco. While some decided to down free cocktails and beers, others decided to bowl with friends. It was a really nice, relaxed atmosphere. Most people went home after it ended, but at that point I figured I’d grab a few additional drinks with friends from Terminus, Datanyze and Betts Recruiting, which ended up being a late night of karaoke!

On Tuesday, the great content didn’t stop; there were headliners like Ralph Barsi of ServiceNow, Dan Barber of Datanyze and Matt Heinz of the Heinz Group.

As soon as the conference ended I jumped in a cab and headed back to New York, capping an awesome 2-day joint conference between Sales Hacker and #FlipMyFunnel. I’ve got to tell you, I’ve been with Sales Hacker for a few years now running the Meetups, and I remember when we ran a little conference in a comedy club in Times Square New York in 2014. It’s amazing to see how far we’ve come, and in just 3 years! I honestly am already excited to see what’s in store for Sales Hacker’s Sales Machine ’17 in June! 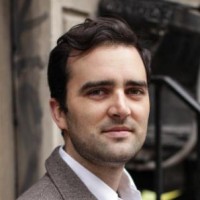