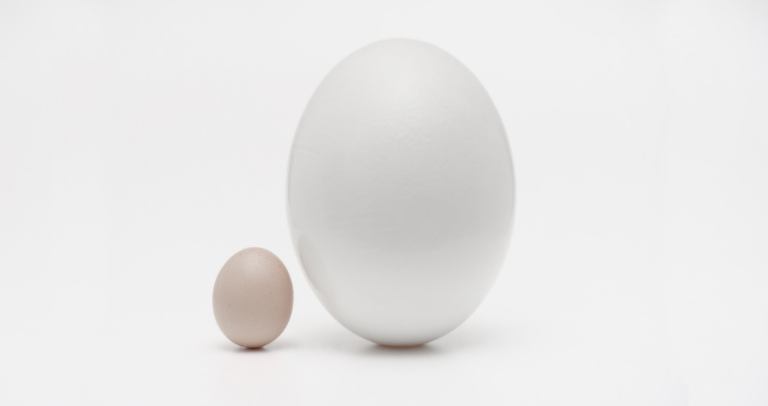 Especially with the tension between sales enablement teams who want more coaching, sales managers who feel the pressure to drive as many opportunities as possible, and sales reps who famously try to avoid sales coaching whenever they can, with the excuse of “I’m busy with client calls, no time for formal coaching.”

We carried out research on sales coaching, looking into how different sales employees view it, and the results showed overwhelmingly that sales coaching works, and that most people involved want to see more of it. But they also confirmed that getting enough sales coaching into the organization is a lot easier said than done.

All data in the article comes from the survey linked above.

One of our biggest findings was that almost everyone involved in sales – including sales enablement personnel, sales reps, and sales managers – agrees that sales coaching can drive more sales. All in all, 96% of participants agree or strongly agree with the statement that “the right sales coaching can make a significant difference in performance.”

📚 Read: Coach Your Way to Sales Leadership Success: Best Practices from the Field

It improves the quality of conversations and quantity of closed deals

Forty-six percent of respondents noted that sales professionals who’d received more sales coaching were better able to focus on the overall value of the solution during a sales call, instead of the easier but less effective approach of selling individual features.

It improves your bottom line

There are always a lot of factors that affect a deal, so it may be tough to be sure that better sales coaching is what really makes the difference. That said, it’s hard to argue against having more confident sales representatives who hold better sales conversations. When you have more satisfied customers, you get more repeat sales. When employees sell a wider variety of products, it broadens your sales pipeline.

And the survey results bear out these assumptions. Forty-six percent saw more deals in the pipeline as a result of sales coaching, and 35% found that deals increased in size. Over 405 of salespeople surveyed said that coaching increased their sales measurably.

The bottom line is positive no matter how you slice it; more sales coaching produces better sales representatives and higher revenue for the enterprise.

It’s unsurprising to learn that getting enough sales coaching on the agenda is easier said than done. We drilled down to find out what’s getting in the way of successful sales coaching.

By far the biggest problem is having sales managers who don’t know how to coach sales employees. Fifty-one percent of all participants and two-thirds of those at companies with more than 50 salespeople said that a lack of coaching knowledge was the biggest obstacle to success.

No shame to sales managers, though. Enterprises generally promote their best sellers to be sales managers, but that doesn’t mean these top sellers know how to teach someone else how to follow in their footsteps. The larger the organization, the more sales managers there are, and the harder it is to train them all to be effective sales coaches.

It was also not a shock to learn that a lack of time is a major problem. Thirty-one percent of respondents said that sales managers don’t have enough time to coach employees, and 22% said getting or giving timely feedback was a key challenge.

Managers in large companies who are responsible for more sales reps were more likely to mention a lack of time than in organizations with fewer than 50 sales professionals, with 35% of people at medium to large-sized enterprises mentioning lack of time, but only 23% of those at small companies. Again, that makes sense; larger companies have to assign more sales representatives to each manager.

Lack of the right coaching tools

Sales and sales enablement disagree on what sales coaching really is

One of the most interesting results from the survey was the discovery that sales reps disagree with sales enablement professionals and marketers about how much coaching time they’re getting.

How often are salespeople being coached?

It seems likely that this difference of opinion comes down to the way you define “coaching”. If you think that a short feedback message is coaching, it happens more often than if only formal training sessions count.

Sales employees are more likely to consider that a short pep talk or a quick set of sales conversation reminders is a sales coaching moment, but sales enablement and marketing employees agree that they don’t really qualify. Real sales coaching means role plays, targeted feedback, simulated pitches, and some way of measuring improvement before and after the coaching program.

How to make sales coaching work

It’s clear that sales coaching really can drive revenue for your enterprise, but you need to go about it in the right way. There are major obstacles to success, like managers who aren’t trained in sales coaching and who don’t have the time for it, either, plus the new difficulty of managing sales coaching remotely.

But it’s also obvious that there are ways to deal with this challenge. Most sales managers and sales enablement teams agree that arming salespeople with the right tools would be a big help. Leaving behind the assumption that every sales manager has the time and skills to coach their sales teams and bringing in targeted solutions that help them succeed is a significant step in the right direction. I am the CEO of Second Nature, which develops sales coaching software that lets you scale up your onboarding, certification and coaching with an AI-driven virtual role play partner. Prior to co-founding Second Nature, I held various sales, customer-facing and product roles.

Sales Coaching Mistakes That’ll Cost You More Than You Think

Masterclass: Become A Successful Sales Leader Through the 👀 of Your Team

How Sellers REALLY Want To Learn