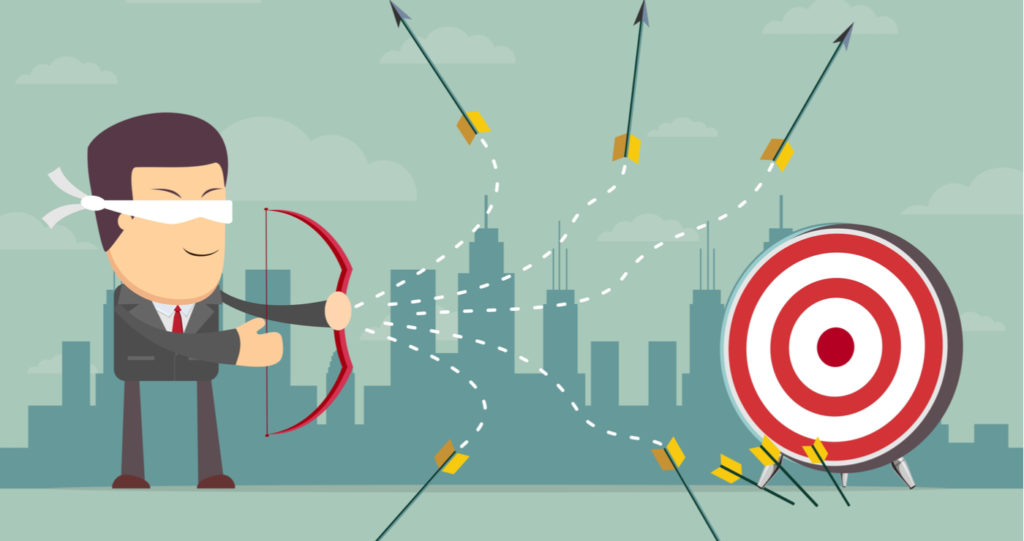 We all know top quality sales coaching is critical to your team’s success, and we all know how hard it can be to get it right. In fact, most organizations are making at least one of these five sales coaching mistakes.

It seems logical that you should promote your highest performers. After all, they’ve earned it! Unfortunately, top performers rarely make top managers and, worse, they’re rarely happy in management. Here’s why:

It takes a certain mindset to become a top sales performer. You have to be driven, motivated by personal success, and hungry to earn more money. Top salespeople usually love to be heroes, and love to compete. This is entirely the wrong mindset for good coaching!

A great coach is team-oriented, more interested in the success of the team than in looking good themselves. They have to be okay with the fact that some of their team members will make more money than they do.

Great sales coaches have to be really focused on building others up to become heroes, rather than being the hero themselves.

Just as the salesperson mindset is wrong for management, so is the skill set. The things a salesperson learns on the way to being a top performer are useful in the coaching role, but it’s only a small fraction of what they need to know how to manage. Good managers must have coaching skill sets, data skill sets, and management skill sets.

The desire to continuously learn

High performers are often flattered by their promotions, and love the prestige it brings. But once there, they often grow disillusioned. They make less money, have less opportunity to be a hero, and don’t get to interact with customers regularly.

While it’s certainly possible for top performers to become good coaches, they are rarely supported in doing so.

It’s often far more practical and effective to look for coaching traits among your sales team, and promote those who already have the right mindset and some of the skill set, and a desire to learn to be great coaches and managers. You can recognize top performers in other ways, without promoting them to a seat that will eventually make them unhappy.

2. Training on the Wrong Things

Nearly every organization provides some form of management training, but it’s rarely what managers actually need. Leadership training is great in theory, but it doesn’t provide the kind of practical knowledge and hands-on how-to that managers need in their day-to-day work lives.

Instead of how to lead, they need to know who, when, and what to coach. They need to know how to interpret data and understand the leading indicators and the activities and behaviors that drive wins and losses. Too often, they are expected to simply learn these critical skills on their own, and too often, it never happens.

Editor’s Note: Enjoying this article so far? Download this free whitepaper on how to build an effective sales coaching system.

How often have you heard from your managers:

“Damn, I just don’t have time to coach as much as I want to.”

It’s never a case of not having enough time. It is always a case of not prioritizing the activity. Coaching can be a critical multiplier in your organization if coaches are well chosen, well trained, and given appropriate time and accountability to their coaching function.

4. Failing to Listen to Customers

Often, sales coaching is based on the manager’s perception of salesperson performance, or on the numeric results of their performance. What this fails to recognize is that success and failure are only the accumulated result of hundreds and maybe thousands of daily behaviors and interactions.

Managers, being only human, can only directly observe so many of these. Customers, however, witness all of them. Integrating customer feedback into win-loss reviews can uncover valuable information that can help managers coach on the right things to move the needle.

Often, managers assume that they should only have to tell a salesperson something once, and it will happen. Good coaches understand human nature, and know that most people will only do what they are made accountable for.

It can be uncomfortable for a manager, who may have been a peer previously, to ask for check-in on something the salesperson was told to do, but it is critical to coaching success. Set your coaches up for success by providing them with the insights to track what needs to be followed up on, and by giving them the training to do it effectively. George Brontén
@george-bronten
More from this author
What is a Complex Sale? (The Answer, Ironically, is Complex)