Sales hiring is arguably one of the most important functions for any startup that wants to accelerate growth. I’ve been fortunate enough to develop relationships with leaders from several high-growth companies, and trust me – their strategies are no different than yours. Their people are what make the difference, and it starts with building the right sales hiring process.

Sales Hiring Golden Rule: Your First 10 Hires Will Make Or Break The Culture

” For anyone that you hire, would you also want them to be in the first 10 people of your company?”

The first 10 hires are the pioneers of your culture, and they mold the vision of the company into whatever they want it to be. It is easier to get it right from the beginning than to fix it when it becomes broken.

Those hires also matter as you add smaller teams inside of a company. As your grow and scale out the organization, these smaller teams begin to mold and change the culture of your company in a whole new way.

If you want a confident sales team, start with 10 extremely confident people in sales. Maybe you want a team that self-enables, so hire for it. If you want to be successful with sales hiring, recruit people that have a proven track record of being successful.

It’s much easier to build on a strong foundation than to improve a weak one. Team members without a track record of success won’t become successful just because you were nice enough to give them a shot.

Remember, you won’t be a startup forever. Once you’ve built a strong foundation, you’ll need to ensure the people you choose to lead the future of the company are as strong and flexible as your first 10 team members.

Resumes DO NOT Matter! 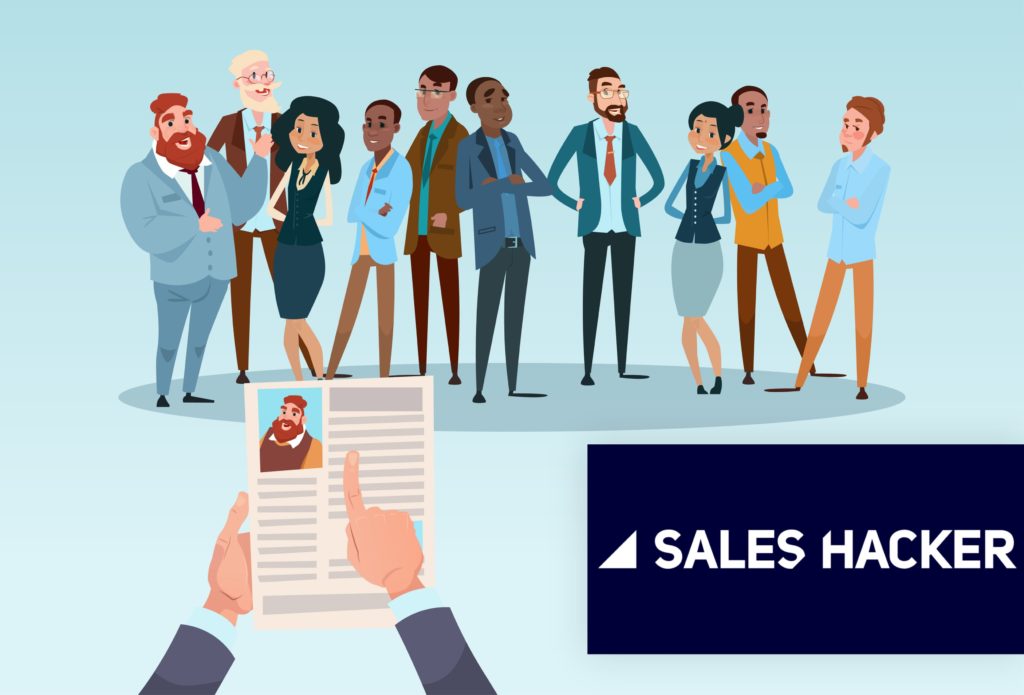 One of the worst mistakes you can make in the sales hiring process is gauging a candidate’s qualification solely upon what is stated on their resume.

I rarely look at a person’s resume prior to meeting them the first time. Our amazing talent manager weeds out the less-than-stellar candidates, and I have built trust in her ability to present the best candidates for me to interview.

Sometimes, top performers don’t have a traditional SaaS background; but they were hired because they fit the company culture. If you hire for sales, make those candidates sell their skills to you. See if they can lead the conversation.

In today’s shiny-object and easily distracted world, hiring the person that holds your attention is better than someone with great pedigree.

Although resumes don’t necessarily tell the whole story of a candidate’s strengths, they can offer clues to potential weaknesses.

In a post on SaaStr, Jason Lemkin suggests using a candidate’s resume to look for red flags:

“Look for signs the prospective hire just won’t work out, no matter how strong they might look on paper.”

Candidates who assign themselves awkward or outsized job titles can be a sign of deception. Candidates who aren’t used to working directly with customers can throw a wrench into building an agile culture.

Your team should interview candidates to see if there is a culture fit. This does two things: it earns buy-in by giving team members a chance to sign off on potential hires, and gives them the ability to look at a candidate purely from a cultural point of view.

Team members should never interview a peer to evaluate their skills or qualifications. The only thing they should do is determine if they could work with a candidate five days a week.

You would be surprised by how much this can do to a culture when a team starts to say yes to hires, and they are involved in the hiring process. Allowing the team in the interview process also breaks down the early walls a candidate feels as a new hire, and how quickly they feel included.

As an executive or founder of a small company, it’s impossible to scale your sales operations running solo.

Here is a practical tip from Matt Cameron on how to prioritize the order in which you hire and build out the sales ops function for your startup: 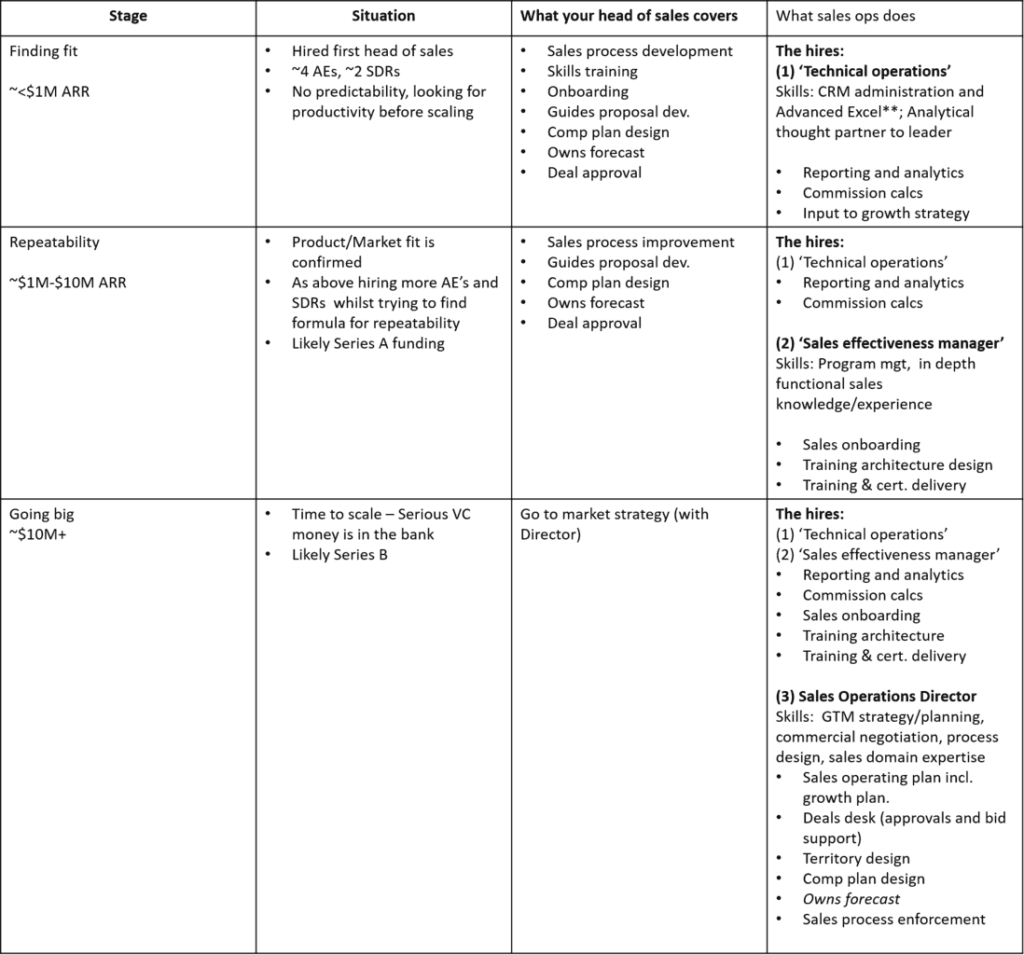 Here are the symptoms for each stage of your startup growth that will indicate you need to make your sales ops hire:

Finding fit ~$1M ARR: (ARR amounts are indicative and will be dictated by your ASP)

In today’s saturated industry, we have to rethink the “old school” approach to hiring, and use unconventional ideas to create the kind of company that attracts the best talent.

The most qualified candidates are being recruited by other companies. Possibly even your competitors. Often, their decision will come down to culture when choosing between two reputable companies. That being said, it’s up to you to make sure that your team reflects the future of your company! 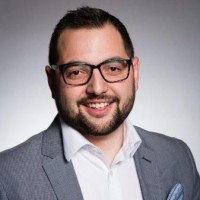