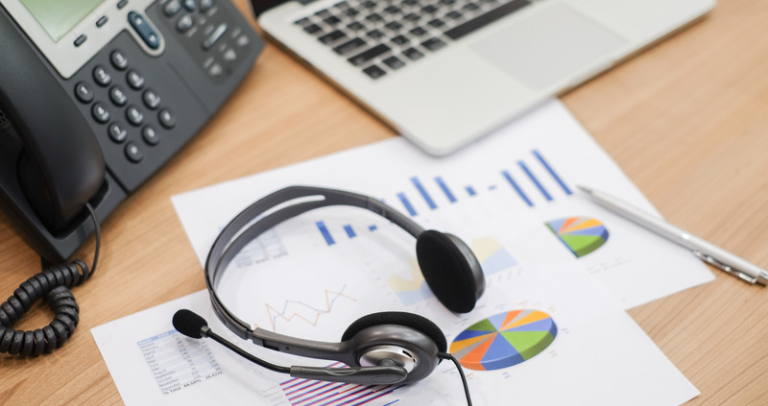 Are your sales org’s deals getting stuck in the proposal stage more often than not?

If so, it’s not a rep problem. It’s a process problem.

Stalled deals are usually a result of placing too much emphasis on optimizing the top-of-the-funnel at the expense of the bottom.

Adding insult to injury, that imbalance means all that time and money it takes to get prospects to the closing phase goes to waste. But like all other aspects of sales, closing is a process. And like other aspects, it too can be optimized.

3 sales ops strategies your sales team should be following

Let’s assume your top-of-funnel is running smoothly, your reps are working good deals with qualified prospects, but deals are still getting stuck. Here are three ways sales operations and enablement pros can revamp the closing phase of the sales cycle to help reps maintain deal momentum at the bottom of the funnel and help advance deals when they get stuck.

1. Optimize the deliverable: What are your reps sending?

The first solution to the stalled proposal problem is arguably the simplest. To find this simple solution, you need to ask yourself a simple question: Are there gaps in your sales ops activities that may contribute to your deals getting stuck?

Radio silence from your prospects at the close stage could be caused by the fact that they haven’t seen the documents your reps sent. To address this, you need to look at both what reps are sending and how it is sent, and optimize for deliverability.

Links in emails can set off spam filters. If your reps send emails linking to an online proposal document, make sure they are considered safe links from reputable domains.

Linking to a Google Doc/Sheet/Slide where the permissions aren’t set to share outside the organization can create issues. This can be addressed by configuring your sales engagement platform correctly. Here at Proposify, my team uses Outreach, so we’ll stick with Outreach as the example tool for this post.

Setting up your Outreach properly ensures your company’s domain stays healthy and isn’t flagged for spam. This is especially important if your sales org is big on high-volume cold emails and already pushing the limits of your weekly send capacity.

If you’re attaching docs to an email, check the file size

If your closing docs are formatted as Word, PDF, PowerPoint, or Excel files and attached to an email, make sure the size of these documents is manageable. Too big and they’ll land in your recipient’s spam folder and not their inbox, if they send at all.

Which leads to the what: what is the deliverable? One potential workaround to the file size issue is to send a smaller file. You’re probably thinking about a text-based, black and white document.

But if you actually want to close deals, don’t do that. Proposify’s data shows that creating compelling, well-designed proposals complete with images, videos, and other design assets can increase your team’s close rate by up to 26%. 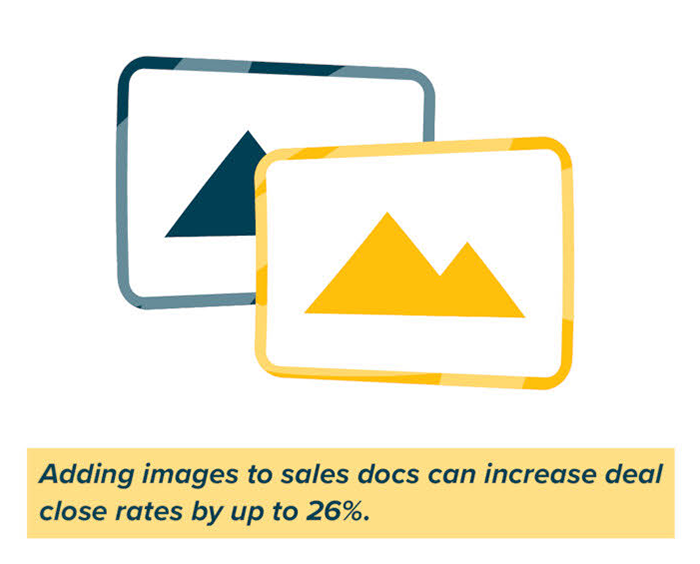 So how do you balance retaining the compelling design elements while making sure your proposals don’t get stuck because the file is too big? Do these three things:

However your reps send their closing documents to their prospects, you need to make sure what they send is optimized for deliverability.

2. Check your metrics: what’s happening after the proposal is sent?

Deals move quickly through the closing stage, and since COVID hit, they’re moving even faster.

We have the data to prove it:

These numbers are based on data from hundreds of thousands of proposals. But it’s critical for you to establish your team’s baseline metrics. Once you know these numbers, it’s much easier to see the warning signs when a deal isn’t doing so hot.

Find the average time between send and open

How long does it typically take a prospect to open your reps’ proposals? Minutes? Hours? Days?

Either way, you need to track this number. Once you know it, you can set up an event in your closing sequence to fire an automatic, friendly reminder email to your prospect if they haven’t opened the proposal within this timeframe.

Three days or less is the most likely scenario. It could be as soon as 24 hours. But certainly not next week. With this information in hand, you can start building a data-backed cadence from proposal to close.

Find the average time between open and close

Our data shows winning proposals have a median time of 51.4 hours between open and closed-won. That’s just under two days.

What is it for you? Again, you need to track this. Once you know, you can set your follow-up trigger. Say 55 hours have passed since your rep sent a proposal to a prospect. Most deals close within this timeframe. But this one hasn’t. This is where you build a high-importance task into the closing sequence for your rep to follow up and see what’s going on.

Too much activity on your proposals?

It may seem like a good problem to have, but unexpected activity on your proposal isn’t always a good thing.

That’s right, deals that don’t close get more attention than those that do.

That means if your proposals are getting opened again and again, or opened by stakeholders your reps didn’t expect to be involved, something’s not right.

Again, once you have this data, you can set your activity triggers.

If you know your deal docs get opened an average of six times before your prospect signs, build another high-importance task for your rep to get on the phone as soon as that doc is opened for a seventh time.

If the deal is still stuck, pull out the big guns

If the proposal still won’t budge after all this, use your executives to help get things moving.

This actually happened recently at Proposify. Our CEO called one of our AE’s prospects to offer his assistance in getting the deal closed when we were in a tight race with the competition. The call helped push the prospect over the line and secured a signature.

Even though this particular example involved Kyle getting on the phone, the best thing about this approach is everything can be set up in advance and automated. That way you’re not relying on a gap in a busy exec’s schedule to help you advance a stuck deal.

Here’s the pre-approved executive follow-up template my team uses if the tactics above haven’t been successful: 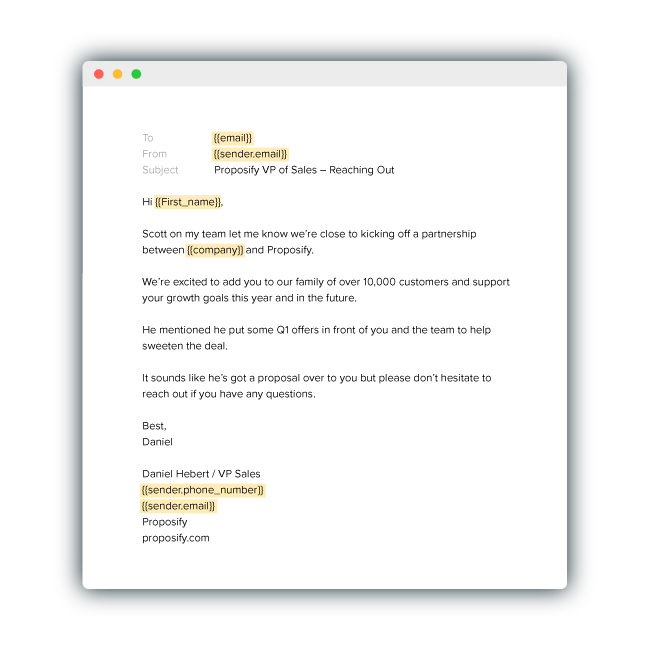 My AEs send this email on my behalf as an escalation tactic when their deals are really stuck. I don’t even need to be involved.

3. Engage new stakeholders: who are your reps sending proposals to?

Prospecting isn’t done until you get a signature. That means your reps need to find other people who might care about the deal.

If they only have one contact on the opportunity and they’re selling to a buyer committee, chances are that deal is going to get stuck at the proposal stage. There aren’t enough people engaged.

Ops and enablement play a critical role here, by:

Direct to decision-maker, or champion selling?

Are you tracking contact roles? If you aren’t, you need to.

And it’s your job to build a playbook for each scenario.

If your reps have the decision-makers involved, that closing cadence is more straightforward. They typically present directly to that person/people, send them the proposal directly, and capture their signature.

If your sales org does mostly champion selling, you’ll need to add a couple of extra steps:

Track the number of contacts in your opportunity by proposal stage

Multi-threading deals is a familiar concept for most sales reps. Essentially it means building relationships with multiple stakeholders within a deal.

Data from Gong shows that winning deals have at least three engaged stakeholders. They call it deal insurance. That term engaged is super important here. Engaged means those stakeholders are on calls, they’re replying to emails. They’re actively involved in the deal.

On my team, if we have three or more stakeholders engaged by the closing stage, our deals are 6.9x more likely to close. The point here is: what’s your benchmark?

Compare your closed-won deals to your closed-lost and how many stakeholders were involved in each. This will tell you how many engaged stakeholders are needed for a deal to be successful. If your reps don’t have that number of people involved by the proposal stage of the sales cycle, set up a flag for them to go back and loop in more.

Multi-thread your deals and leverage engaged stakeholders to drive momentum.

Don’t let your deals get stuck at the closing stage

Proposals are often neglected in sales for no good reason. They’re not the same as an order form or a contract. They’re not just “paperwork”.

This is your closer. They bring a ton of value to your sales process. They are a key tool to close deals. Modern sales teams understand this. You can’t just abandon your deal at the end. It’s up to sales operations and enablement to identify why your deals are getting stuck in the closing stage and fix the problem.

If you continue to ignore systemic issues at the bottom of the funnel, don’t act surprised the next time your org misses quota.

You could have done something about it. 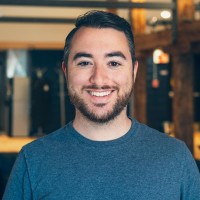 Daniel Hebert
@danielghebert
VP Sales
Proposify
More in this channel
30 days in 30 minutes: Stories from Experts to Turn Your Demos into Revenue