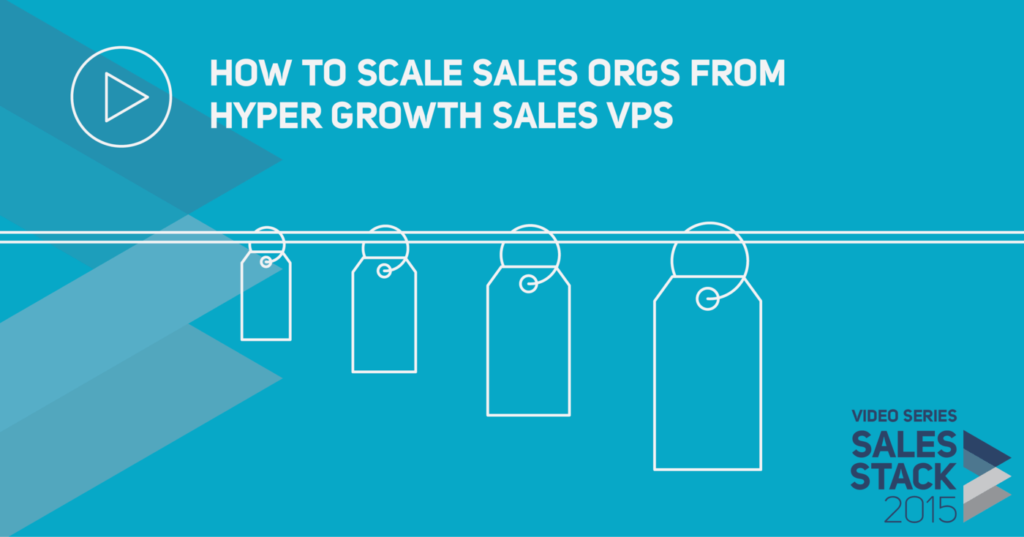 Editor’s Note: Featuring some of the most passionate sales VPs around, our panel on How to Scale Sales Organizations was a huge hit at Sales Stack 2015. Special thanks to Shep Maher of GuideSpark, Saad Shazad of Gusto, Emmanuelle Skala of Influitive, and Mandy Cole of Zenefits.

One of the most talked-about and critical issues for sales organizations anywhere is the best way to properly scale that ensures long-term growth and minimizes self-inflicted damage to the company. Rapid growth is a great problem to have, but one that should not be treated lightly. Our panel of experts offer unique insights from their own journeys in guiding sales organizations through periods of intense change.

What are the 5 or so sales metrics that you live by in order to track a sales org?

Saad Shazad: We think about the business with three big questions: Are we growing? Are we doing it in a healthy manner? And are customers happy? The KPIs we look at are an offshoot of those three. It’s around revenue growth, sales cycle, conversion, and lead attainment on MQLs, but we if we can answer positively on those three questions, we feel like we’re in a pretty good place.

Shep Maher: It’s sort of like sabermetrics in baseball. You can get wound up in sabermetrics but if you forget to look at the number of at-bats someone has, the sabermetrics data may look awesome but they only had 40 at-bats over the course of the season. For me, oftentimes I’ll refocus on the basics and when someone’s struggling, I’ll look at: Are they doing enough meetings and what is the quality of those meetings?

Really forcing myself to get back to basics and get away from sales efficiency, customer acquisition costs, and some of these things that you can end up getting lost in the weeds on. How many times are they getting in front of customers, what are those at-bats, and what is going into their pipeline?

How do you transfer the skill set of a great first sales rep to the next ten on a sales team?

Emmanuelle Skala: I think your first sales rep needs to be a missionary. Because that’s what it’s about. It’s about going out and spreading a mission. It’s codifying the things that are working. Later on, when it becomes a repeatable process, your reps need to be more coachable.

I think your first sales rep needs to be a missionary. @elleskala 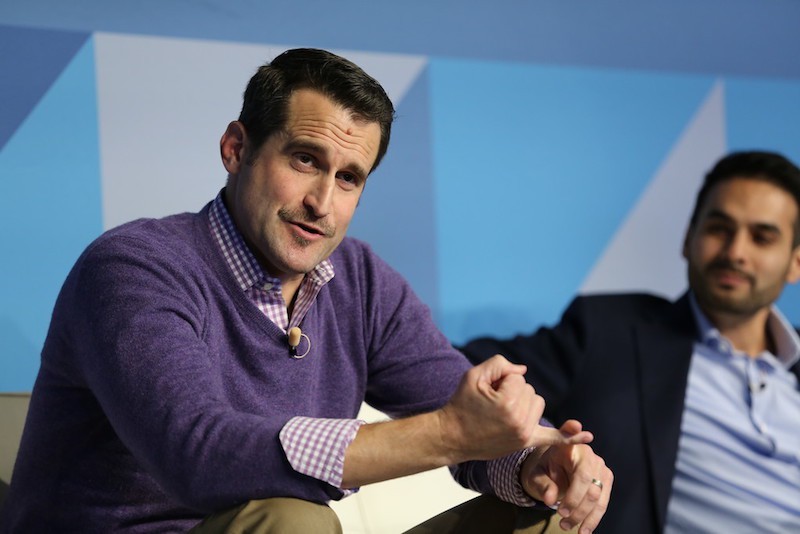 Shep Maher: It’s sort of like making time to work out. You actually have to put time on the calendar to make it a priority or it’ll never happen. You’ll wake up and think, “Holy crap, two or three quarters have gone by and I haven’t done anything to train or improve my sales reps. So for us in the early days, it was setting aside lunch time on Fridays. We’d bring lunch in and we’d have Friday sales skills workshops. They would be self-generated and we’d encourage folks who were having success to actually teach sessions on it.

But the idea was to step outside of your company lens so that it’s not about working on the product, it’s about working on your sales skills. Later on, we were able to set aside some real dollars and we brought in some great programs like Winning by Design by a guy named Jacco who is a madman and has a great program. The only way to improve an individual sales rep’s performance is actually to make them better at their craft and commit that time and energy.

The only way to improve a sales rep’s performance is to make them better at their craft.

What are some sales tools that you’ve leveraged?

Saad Shazad: We really like to balance empowering the team leads and the sales managers so that they can go out and get the things that they think will help their teams be productive with tools that will be consistently used across the sales organization.

Shep Maher: The best tools I’ve been able to use in terms of sales efficiency are my finance department and VPs of sales who have been there before me and are smarter than me and better than me.

How have you scaled your sales organizations in terms of compensation for sales reps?

Shep Maher: The people that we want to attract and are the best contributors long term are the people who buy into the mission of our organization. If you haven’t spent time thinking about what your organization’s mission or purpose is then I would encourage you to do it because that can attract people and that can have value just like dollars can.

Our team is more focused on success of the people that work for them than on their own success.

Saad Shazad: We think about compensation as a lot more than just the dollars that are going to come into the bank account. Compensation is important, we live in a materialistic world, so we believe in paying close to market. But our commitment to our reps is around three things: 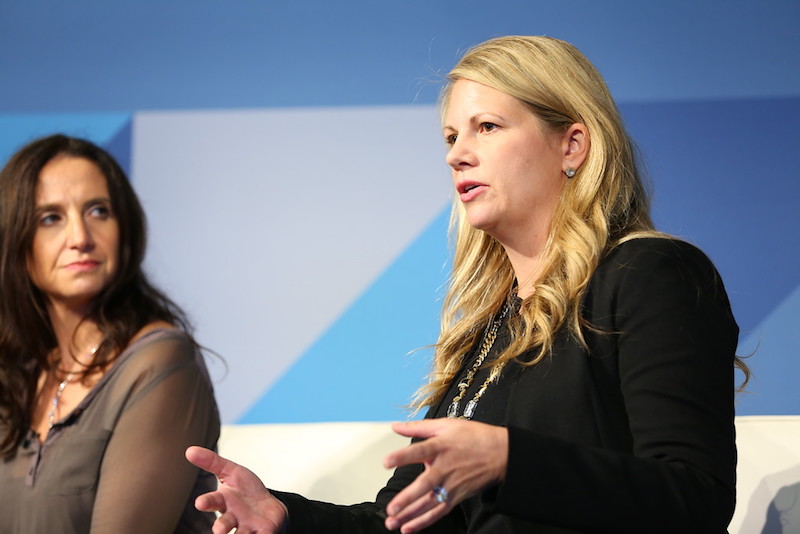 A salesperson’s role is to bring in good revenue where buyers become advocates. @elleskala

Mandy Cole: One of the things that’s important is being up front and honest and saying “You can make this much, but this is what it’s going to entail.” Everybody now has the kegs and the free snacks now, so I think it’s really about making sure that their compensation is simple, and something that they can directly see is tied to the revenue, and can our managers coach to it?

You also need to ask “Are you passionate about this? Can you understand what the person on the other side of the line is dealing with every day and how this is solving that?” Because if you don’t get that and you don’t care, its going to be really hard to be successful.

Can you understand what the person on the line is dealing with and how this is solving that?

What is the future of sales technology?

Shep Maher: I think that the era we’re entering is the era of sales humanization. The amount of information that a prospective buyer can find out about you, about your prices, about the inputs to those prices, about your reputation both personally and as a company. The playing field is just unbelievably level and transparent compared to how it was. I think that the human element and connection with the buyer on things like mission and values is going to become more and more important and technology is going to enable it. 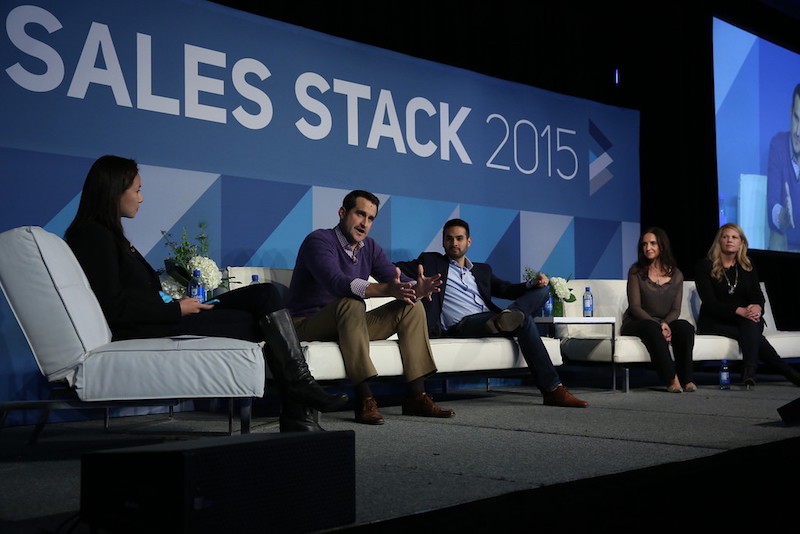 Saad Shazad: I agree, I think the last decade was about marketing automation. This next decade is going to be about sales enablement. We haven’t seen as much focus on sales reps and I think a lot of companies out there are seeing a lot of pitch decks around “How do we get sales reps to be more productive.”

We think of a world five years from now, think about Amazon. Amazon is putting together an analysis on your purchasing behavior and they’re trying to know what you’re going to want before you want it. And they’re going to send it to a distribution center near you. That kind of algorithm can be applied to sales.

Emmanuelle Skala: I think things are going to come back full circle. We’ve been automating everything and I think while all that data and prediction are going to help arm the sales rep, at the end of the day it is about that sales rep having that conversation. I think we’re going to see a lot more focus on the quality of the conversation and kind of de-digitizing some of the things that we do so that we can have those human to human interactions again. 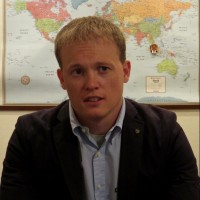 Sales Stack '15 Video Recap: Strategies and Tactics to Power the Top of the Funnel in 2016