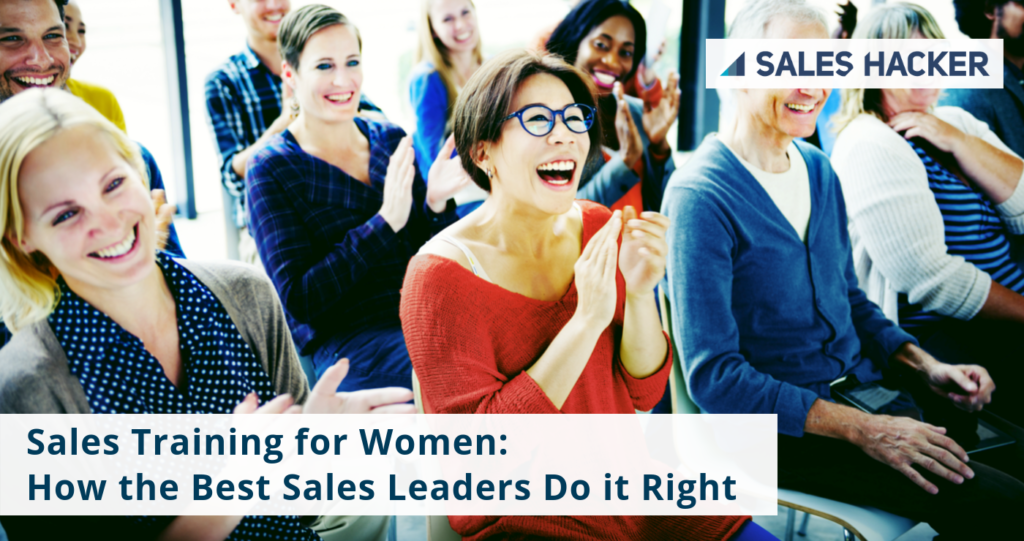 To address the disparity between men and women in sales, a good start is to change your hiring practices, and update your company policies. But those two steps on their own are not enough to drive true equality in our male-dominated industry.

After hiring, the real work begins. In a recent survey by D2L, an online survey company, 64% of men said that they received access to training resources, while only 48% of women said they did.

Really the percentage should be 100% for both genders, but it’s telling that female sales reps feel short-changed on training more often than men do. But even once this shortfall is recognized, the way to solve the problem isn’t always clear. After all, traditional sales training and the underlying sales processes were mostly created by men, for men, during a time when men were the majority of the sales force (even more than they are today).

So to lay the groundwork for the “and economy”, where sales training serves both men and women better, here are six ways sales training and coaching need to transform.

To actually fix the problem, we all need to go beyond recognition that the problem exists and see specifically what within our own organizations needs to change.

To begin, perform an audit of your own sales team, and answer these questions:

By the way, even if you don’t find there are gender differences on these three criteria (good job), this exercise can help you improve how you manage your team in myriad other ways.

2. Aim for Equality in Coaching Representation

Consider your company. Are all of your sales coaches men?

This is a tough sell from the get-go for many women in sales. It reflects that traditional dynamic where the man is in the leadership role and calling the shots. Naturally, women in sales will have male managers, but in a perfect world, half of those managers would be women.

This isn’t just a matter of preference of perception, either. Gender diversity in coaching also improves performance. It has been shown that many women respond better to female coaches because these coaches have an innate awareness of women’s issues in the workplace.

If your company does not have women coaches taking on that important leadership role, it might be a valuable investment to invite an outside coach to your company to provide some gender-based training.

When you do use male sales coaches, train them in a manner that reflects your company’s increasing interest in gender awareness and gender-based coaching. I recently surveyed the members of the National Association of Women Sales Professionals (NAWSP), and found that many male coaches are increasingly worried about coaching women in one-on-one situations because of the heightened focus on harassment issues.

Clearly, it’s vital that male coaches receive training that puts them at ease and provides them with the tools and resources they need to effectively coach saleswomen.

The reality is that everybody learns differently, and any good sales trainer should shape their lesson plan around the individual. For example, women tend to be less confident than men, and are more likely to concede discounts in a negotiation. Women also tend to aim for perfection before beginning a task: they want to nail the script before they begin cold-calling. Meanwhile, men typically are more confident in negotiation, and are less afraid to begin a task even when they are uncertain of the outcome.

RELATED: Coaching Salespeople into Sales Champions: 3 Times To Step In (& How)

Some sales training does touch on confidence and failing fast, but the assumed starting point on these skills often makes those trainings more effective for men than women. Sales training should address these differences, and be tailored to strengths and weaknesses for all sales reps, regardless of gender.

One of the key focus points of a strong gender-based coaching program should be coaching women to identify with leadership roles and responsibilities. This is why it’s ideal to include some female sales coaches who can model those leadership qualities for other women in your organization.

Regardless, a solid coaching program doesn’t just help your team become better at selling, but also better at embodying leadership traits. Women are ambitious; they want to move up in their companies and take on greater responsibilities — and earn in accordance with those responsibilities. But they need coaching that is specific to their needs in order to better achieve those goals.

When incorporating gender in your coaching program, develop a clear path that women can navigate to move forward into leadership roles.

As you incorporate topics related to gender into your coaching program, be sure to include anti-harassment training. This is vital for both the men and women sales professionals in your company.

Any business would be woefully negligent not to include a sexual harassment policy, but even as these documents exist in dusty company manuals, sexual harassment in the workplace continues to occur at an alarming rate. It behooves any company to provide more in-depth training about what constitutes harassment.

How do you institute more effective anti-harassment training for your team? You can:

A strong gender coaching program demonstrates awareness that genders interact and have different needs and sensibilities. By addressing these needs, companies can promote improved relations between the genders — a development that ultimately supports gender equality in the workplace.

Do you know what specific needs the men and women on your sales team have? Until you do, it’s going to be a top-down approach to coaching, and that’s simply inadequate.

The best coaching programs address the specific needs of the participants. As mentioned, the men on your team may require some gender awareness training. The women may need to obtain knowledge to transform themselves into sales leaders and managers.

To determine what your sales team needs, ask them. Naturally, as your team grows and changes, your coaching program should evolve to grow with them and address the issues that are relevant to them and their success. As you attempt to incorporate gender topics into your coaching program, you’ll need to choose topics that best fit the needs of the men and women who are currently on your sales team.

Consider including some of the following gender-based topics in your coaching program:

Be aware, women may need to join a community of other women in sales — especially if they’re underrepresented on your team. Check out these top communities.

The key to creating a successful coaching program is to first acknowledge that there are gender dynamics when it comes to coaching. If your coaches are unsure about what these dynamics are, invest in them to attend workshops or conferences that will help them develop the expertise needed to coach your sales team. Not all of your coaching sessions are going to focus on gender, but if you’re not addressing this pressing need, you’re doing a disservice to both the men and women on your team. 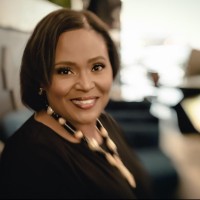 Cynthia Barnes
@cynthia-barnes
Founder and CEO
National Association of Women Sales Professionals (NAWSP)
More from this author
Recruiting Saleswomen of Color: What Are You Waiting For?

Beyond Lip Service: Attracting Women in Sales with Policies that [Really] Support Their Success