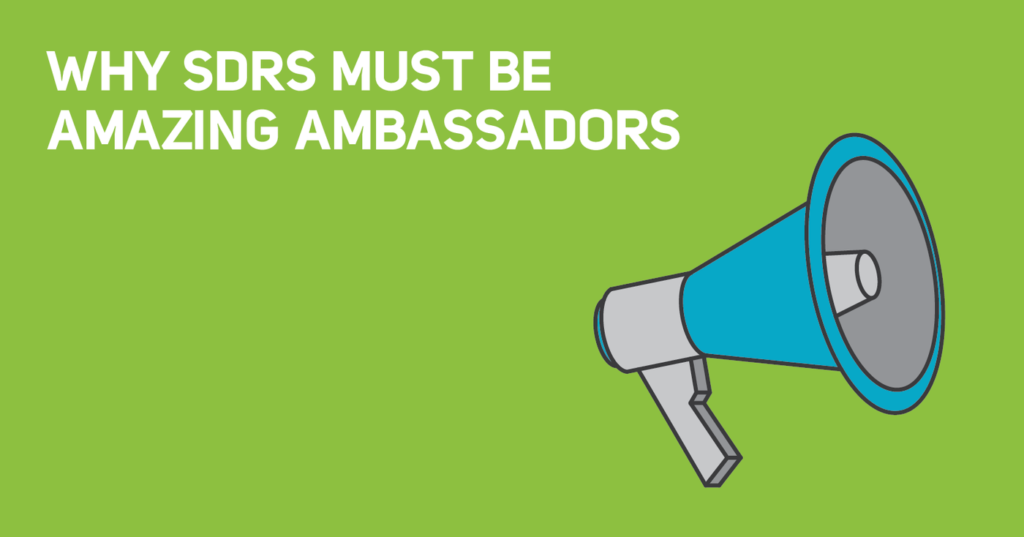 You know who they are. The SDRs with that magical ability to not only achieve their goals each and every month but to do so early. While everybody else sweats out the final hours of the month eeking out that one last opportunity or deal to hit their number, this breed of SDR is sitting pretty.

But why? Aside from the typical day-to-day of making hundreds of calls, wrestling with bad data and putting their own flair on email templates, top SDRs take it a step further.

They constantly keep their manager in the loop about tough calls they need help with, quickly surface up bad data leads to Marketing, and ask for feedback from AEs who are demoing their prospects. To sum it up, they’re skilled ambassadors. Below are a few ways to help your SDRs become all-star ambassadors:

In order for reps to work as efficiently as possible, they have to know where to go when challenges arise. For instance, if a rep in our organization comes across a lead with bad data, they know to report the SFDC lead record to Marketing Operations.

If they receive a few negative responses to a new drip campaign, they know to forward that response to Performance Marketing and so on.

However, they don’t come into the role knowing to do that—it’s a practice that must be taught and supported. Managers need to encourage reps to reach out to the departments that affect their fate most – typically: Marketing and Sales Operations. Ideally, managers set the example (don’t overload cross-department inboxes) and let reps know what is and isn’t acceptable to forward along.

On an SDR’s first day with us, I tell them that they have three priorities over the next two weeks:

It’s number three that I want to touch on here. Coming into the role, many new reps (especially if they’re straight out of college), feel an immense amount of pressure to produce results ASAP. This ultimately causes them to lose sight of the fact that they’re not only a member of their immediate SDR team but that they’re also members of the Sales (or Marketing, in some instances) team, as well as a member of the overall company.

They should be meeting and grabbing coffee with as many people as possible! Not only will this help them get to know their new coworkers, but it will also help them become well-versed with the inner-workings of the organization (which will help them on the phones), as well as identify a handful of people who can help them get to where they want to be.

Regardless of the size of the organization, managers should do their best to either make introductions or point reps in the direction of people they should know within the company.

Reps should be meeting and grabbing coffee with as many people in the sales org as possible!

Create an environment for healthy feedback

Aside from their manager and co-SDRs, the number one group that any SDR team typically interacts with most is the Account Executive team. Deals begin when an SDR picks up the phone and first speaks with a prospect, not when the AE gives their initial demo.

It’s because of this that the relationship between AEs and SDRs needs to be extremely healthy. And the thing is, this health isn’t established during happy hours or team-bonding events. Strong relationships are forged through mutual respect and a sincere openness to both giving and receiving feedback.

This has to be established as an expectation more than a “nice-to-have,” and will ultimately come down to SDR and sales managers creating an environment where honest and frequent feedback between SDRs and AEs is the norm.

Deals begin when SDRs grab the phone and first speak w/ a prospect, not when an AE gives a demo

Ask them to become product experts

SDRs are soldiers. They’re in the trenches, constantly combating objections and discovering exactly what a prospect does or doesn’t want. They are one of your most untapped sources for product feedback!

Empower them to give their feedback to Product and Engineering when they come across an objection as to why someone doesn’t want to move forward with a demo. And don’t only empower them, but make it easy for them to get this feedback in the hands of those who it could help. Create a living, breathing Google Doc for Product and Engineering to access weekly and leave comments or dive deeper into an SDR’s comments.

Set expectations for communication between you (the Manager) and them

One of the main reasons relationships don’t work out is because of expectation mismanagement. People aren’t on the same page and are therefore more likely to run into confusion–sometimes when it’s too late.

Once a rep starts, managers should set the ground rules for communication. Meaning, distinguish between what reps should communicate to them ASAP vs. what can wait until later – something I was taught early on is that “good news takes the stairs, bad news takes the elevator.”

Managers should also do their best to set the context, or “how” of communication. Should a rep communicate certain things to them via email, face-to-face or phone? When should these communications take place? This will vary between organizations, which is exactly why it should be communicated from the outset.

Are there any things you’re doing to turn your SDRs into all-star ambassadors that weren’t listed? Please leave a comment and share! 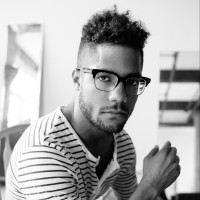 Matéo Askaripour
@mateo-askaripour
More from this author
Bill Nye the Sales Guy: How to Paint a Picture with Data

How to Define and Manage each type of Player