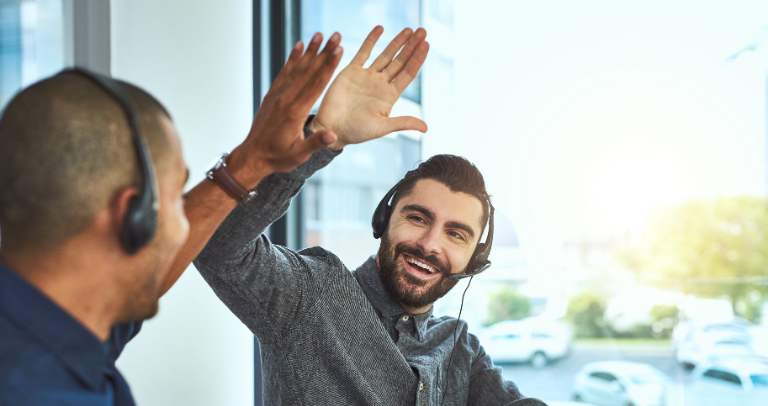 A few months back, I was inspired by a section in Scott Barker’s “The Forecast” newsletter where he referenced some data from Chorus.ai analyzing how often Directors and Executives are involved in the sales process.

Scott pulled the research from Chorus, which reported that over five weeks (~May-June 2020), 88% more directors have been joining calls and 72% more executives are joining sales calls on the sell side. At the time, COVID-19 was in full effect, so sales opportunities aplenty were turned upside down.

What’s the point of all the specialization so many sales orgs strive for if it’s just going to eat up director, VP and executive-level time and energy? Wouldn’t it take away from allowing managers to manage and coach — not to mention the monstrous to-do lists of VPs and CEOs?

For me, the majority of my first sale roles did indeed involve our CEO in the early stage. As my product knowledge increased and selling skills became more polished, I felt I could really own the deals in my pipeline – proving to myself that I could win deals solo. If I was a “true AE,” then I should be able to take a deal full-cycle from demo to close, leaning on subject matter experts only as needed, right?

Let’s just say the win rate was far below what we expected. It cast a large shadow of doubt over my attempt at being a lone wolf. Did I have too much pride not to involve execs when needed? Was I too concerned about not wasting an Exec’s time if we lost the opportunity?

Scott’s newsletter makes a great point: as buying teams get bigger and bigger, our sales teams need to grow with them.

Now about a year into a Director-level post at Clearcut Analytics, I started to change my perspective on this matter. In part, my shift in thinking could pertain to not being the “front man” handling the pitch. But thanks to our VP of Business Development, I realize team-based selling for an early-stage startup or company is still likely a necessity, and far outweighs specialization when your sales org is fewer than five people or so.

Instead, an approach that features and showcases the right skill sets, at the right time, with the right buyers/stakeholders could help boost win rates during an especially volatile, unpredictable time to be selling.

What is the “ham and egg” method?

Our VP reminded me of a golf term, Ham and Egg. It refers to two golfers who are playing as partners – one playing well, the other playing poorly. Now, my interpretation of the term isn’t about performance during a particular round or set of holes per se, but rather how and when each partner’s skillset is being used on a particular hole or series of them.

In other words, the partners balance out each other’s strengths and weaknesses. Today, I’m still honing my industry acumen and product proficiency, but I’m hyper-focused on going through our sales process with rigor, asking impact questions, and building strong relationships in the process.

Our VP, meanwhile, layers in industry knowledge, best practices, and product mastery to balance us out. After all, why make someone forcibly talk through budget and pricing if they clam up whenever the topic surfaces?

For sales teams, they too must bring the right skill sets to the table, with the right tools (clubs) at the right time – all while staying laser-focused on the targets. How do you ensure reps and leaders are playing the right roles while ensuring it is the best use of time for everyone involved?

First, identify your team member’s strengths and weaknesses. You could leverage tools like Strengths Finder or simply list them out.

Second, pinpoint which steps and stages are most sensible for a leader to get involved. Your CTO probably does not need to be on the first Demo, but instead that could be an opportune time to loop in a Manager or director.

Third, review the critical areas where reps may need the most support. Which objections arise that trip them up, and who can help defuse them? After all, a CTO can’t handhold the entire deal cycle, but they can jump in and provide clarity and an expert voice at critical points.

Here are some additional scenarios:

Who doesn’t love a good combo of ham, egg and cheese?

Have an action plan

Sometimes a ham-and-egg approach works best when the buying team grows, and multiple departments/team’s priorities need to be satisfied.

For a given deal, will we be able to answer all the technical questions for IT? How about financial outcomes and projections for the VP of Sales and CFO? Are we bringing everything we’ve learned during discovery and demo calls to validate why our champion brought us forward in the first place? Who will defuse the detractor’s objections?

Some of this may sound basic, but where one lacks attention to detail and a commitment to the process, the other can best represent your ability to solve the prospect’s challenges. The right “blended” action plan can predicate whether you win or lose the deal.

In many instances, Ham may need to manage the energy for his/her own team while Egg makes the pitch. Ham asks the tough questions to probe value and impact while Egg brings the industry knowledge, expertise and leverages social proof.

Scenarios like the above can be determined based on one’s tenure with the company, existing success in the role, or depth product/service proficiency. For an AE still donning their training wheels, director-level or above support may be needed to speak to case studies, relevant examples or product capabilities.

If the directors consistently drops industry knowledge but shies away from asking for micro-commitments or next steps, the process-driven AE with more formal sales training can step up to keep the deal moving.

I have also noticed when four eyes and four ears are engaged with a prospect, the more passive participant may pick up on things the active participant may not. This could lead to deeper exploration of pain points or a greater understanding of how to move a deal forward that would have been otherwise missed by solely having a frontman.

For each deal, hatch your plan:

When implemented successfully, make sure to debrief and review what went well and what could have gone better. You can use Habits at Work’s two by two approach. Feedback at the end of sales meetings can help both “partners” improve upon their respective weaknesses. That way, when the time is right to specialize, both players will have sharpened their skills, paving the way for eventual specialization. Think of it like a two-way golf lesson – where each partner can act as the club pro.

Understand when to lean in

So, as early-stage companies evolve and their sales org brings in team members with various backgrounds, it will be challenging for a new AE to land deals right away, much less “on their own” within the first six months.

Of course, sales enablement programs play a big role in speeding up ramp, but in the absence of formalized onboarding programs, a ham and egg approach may boost win rates early and often. And if VPs or execs need to be tapped in, take advantage of the opportunity – especially if you are in “win now” mode.

For more mature companies and larger sales organizations, many of these systems may already be in place. Sales engineers likely already play a role in enterprise sales processes. But during these rollercoaster times, what is it worth for a director or VP to come in and help close the deal? It could be the difference in preserving a company’s runway for the next few months or landing the big account that allows you to reinvest in the business or add that ever-sought-after marquee logo.

For your next deal, take the “Ham and Egg” approach. Chances are, it will be a chip shot. 5 Overlooked Pricing Inefficiencies that are Killing Your Revenue