Audio cassettes. CRT TVs. Typewriters are all extinct. Unless they’re displayed as novelties, these achievements of communication have all disappeared from their once prominent role.

Soon, there will be one more you can add to that growing dustbin of history:

We’re going to look at what I believe to be the coming extinction of the cold call in sales and what you should do to prepare for it.

As Retro as Rotary Phones

The cold sales call is a phone call made to a potential prospect out of the blue. This is often done with only the barest of background info — name of person called, his or her title, role, company, their decision-making authority, and what their company does.

It takes an average of 18 call attempts to actually reach a prospect. Which begs the question: Why is it that the cold sales call has been the backbone of outbound sales for years?

It can be inspiring when done with heart, as shown by Will Smith’s character in the movie “Pursuit of Happyness.” And it can be depressing when driven only by greed, as in the movies “Glengarry Glen Ross” and “Boiler Room.”

But new movies will have to find another way to depict selling because cold-calling is about to become as retro as rotary dial phones for two reasons:

Every day, every consumer and business person generates tons of data…

Increasingly, that list also includes data such as automatic service requests by connected appliances or vehicles. Soon, it will include a wide range of new actions undertaken over extremely fast 5G mobile transmission, like wireless cable TV service.

Unless that avalanche of data is collected, normalized, organized, and interpreted, it’s just noise to a salesperson. This is where customer data platforms (CDPs) come in. They create detailed user profiles from all online and offline data sources and use predictive analytics platforms to point out likely prospects.

In a recent survey by The Relevancy Group, over 83% of respondents confirmed that they can meet their revenue operations goals faster thanks to the use of a CDP.

Customer relationship management (CRM) systems also offer guidance, but they are generally less comprehensive than CDPs or predictive analytics platforms in the early stage of a sale. That’s because CRMs are often based on the data gleaned by a salesperson interacting with a prospect or customer further down the funnel, whereas, CDPs are based on raw user data.

Intent data is another form of information that salespeople have available to them. It indicates if the prospect is actively looking for, say, computer hardware. A new report from Demand Gen Report showed nearly 80% of B2B brands are leveraging intent data, with another 16% planning to do so within the next 12 months.

A data provider, like Bombora, for instance, tracks visits made by organizations to certain kinds of web content so it can determine if a company is actively interested in a specific type of product — such as new servers.

An affiliate network, like Skimlinks, shares data between publishers about users’ clicks on affiliate links to find out which anonymized users are interested in certain services or products.

Smart salespeople will also often check on LinkedIn and Google for the wealth of information available about B2B prospects – such as speaking engagements and events.

Less cold than ever before

The increase of buyer information means that the needs and buying capabilities of business users and consumers are better understood now than ever before.

Before any contact is made, the salesperson may know that a certain VP needs new computers because her company just opened three new branch offices, and the salesperson’s user and account-based profiles show how much buying authority that VP has.

This info also includes new ways to reach the prospect – targeted ads when someone from their company visits a website, emails, messaging channels, even targeted commercials to addressable TVs or over-the-top TV.

All this means that the cold-calling part is much less “cold” than before. If anything, most unsolicited pitches now are “warm” because so much info is known and lead qualification is so targeted.

Let’s be real, a successful phone call these days is likely to be among the last steps in a nurturing campaign, and since so many people screen their calls, a true cold call is likely to end up in someone’s voicemail. The prospect will then likely visit the seller’s website to educate themselves before deciding whether to return that call.

All of this means that calling someone with scant info is as outdated as hand-writing a paper letter to a prospect. You can do it, and it’s sweet, but it’s also cumbersome, old-fashioned, inefficient, and probably not as effective as more contemporary methods.

This brings us to the second big reason that cold-calling is becoming old hat: Self-selling.

Business users, in particular, employ the web to obtain detailed info, reviews, tech specs, and competitive pricing on many, if not most, of what they buy. Consumers often do this as well, especially for big-ticket items like cars or big-screen TVs.

This can be both a boon and a bane for salespeople.

A boon because educated prospects come to you having already done their research, and will have already decided that your product or service is the one they want – or is at least one of several finalists.

According to Accenture, B2B buyers are, on average, 57% of the way through the buying process before first contact with a sales representative. They have essentially worked themselves down most of the funnel, pre-qualifying themselves, and they just need to drop down to the bottom where you can close the deal.

A bane because it means that, instead of a salesperson listening sympathetically to a user’s needs and guiding the conversation to the product’s best attributes, the salesperson is largely relegated to the last stages of the deal.

A new focus on inbound marketing

This puts a higher priority on getting your content and other inbound marketing right. Those white papers, use cases, video demos, and buyer testimonies need to attract searches. It needs to immediately hit the points that will convince that buyer — preferably by customizing the content or offer toward what your CDP, CRM, intent data, or predictive analytics platform knows about this visitor.

RELATED: How to Use Case Studies Effectively in Sales (And Mistakes to Avoid)

Inbound marketing materials like explainers, white papers, and video demos can be much more targeted since buyers often know a lot about the product before contact is made.

Modern outreach is very much like modern online dating. Self-provided info, as well as searchable data, lets the two parties find each other and communicate through various virtual channels before they ever meet up.

Apologies to old-line salespeople and old-fashioned romantics, but the cold sales call — like the blind date — has become a thing of the past. In its place, warm calling and self-selling are taking center stage. 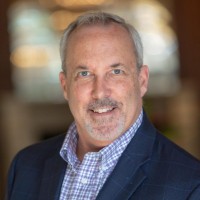