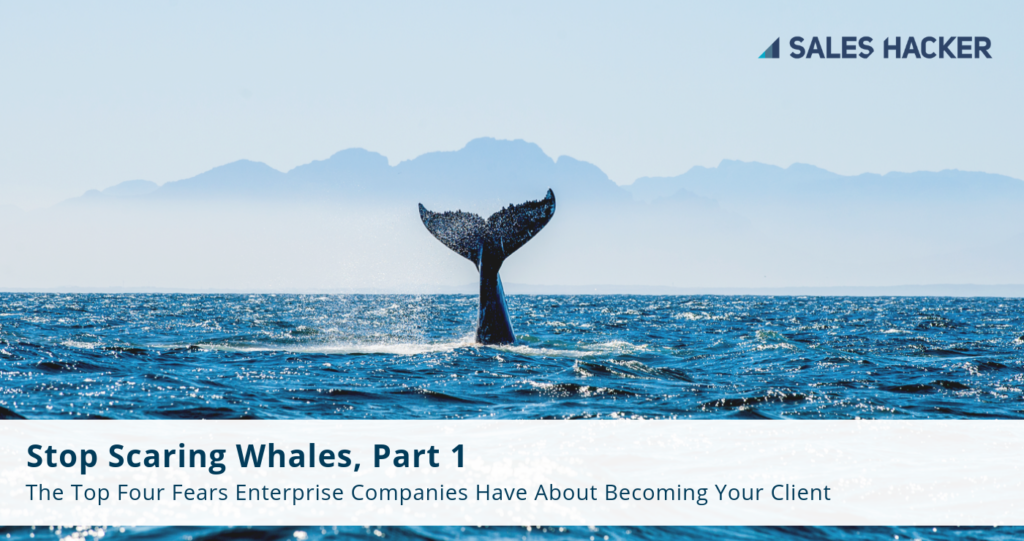 Call me Ishmael. For over a decade, I’ve been doing business as a Whale Hunter. As an enterprise account consultant, I’ve consulted with hundreds of small and midsize companies (most in the range of $10m to $150 annual revenue) and trained thousands in how to grow fast by selling big deals into the enterprise market. I help my clients learn how to scout, hunt and harvest whales– companies that can sign contracts 10x to 20x the size of my clients’ current average deal size.

Of all the challenges that very large customers present to smaller, newer vendors, and all the surprises that turn up during the sales process, the most surprising is that big companies—whales—are afraid of suppliers that are small and unknown. When you’re small, or small-ish in comparison, you think all the fear is on your side! But you couldn’t be more wrong.

I co-authored Whale Hunting: How to Land Big Deals and Transform Your Company, published in 2008, a book which devoted considerable attention to what we knew from experience to be a serious issue. But I don’t think the readers ever really grasped just how much trouble whale fears can cause them until they face those head on—usually after the disappointing, perplexing loss of a big deal for which they were uniquely well-prepared.

Mediative (formerly Enquiro) published The BuyerSphere Project in 2010, a landmark study supported by Google, Business.com, Marketo, DemandBase and others. Author Gord Hotchkiss found, “Contrary to our common assumptions, B2B buying is not a rational process. It’s a decision process driven by human emotions, and the primary emotion is fear. The degree of risk involved is the single most important variable in B2B purchase decisions.” Gord Hotchkiss conceived the research because his young company was losing bids they expected to win. When they debriefed with prospects, they began to discover unexpected, unexpressed “fears” among certain members of the group of buyers and influencers

My clients have similar stories. A young, fast-growing digital marketing agency in Tempe was constantly frustrated by new enterprise prospects disclosing, after a lost bid— “Well, we were afraid you didn’t really know our industry. We had to go with an agency that knows us.” The selling agency had superior knowledge and experience in digital, and its work was quite industry agnostic. But they hadn’t given any real thought to underlying concerns of the buyers.

A seasoned architectural firm in Indianapolis was bidding on a multi-million-dollar municipal planning project in another Indiana city. They paired an older partner with their young but very talented and experienced Project Manager to avoid any push-back on the younger PM’s age. After multiple steps in the selection process, they were one of two finalists making the ultimate presentation to the selection committee. The older partner’s plane was delayed, and he was unable to be there, even though he was not part of the presentation. They lost that bid, and later learned, “We were afraid your lead person is just too young for this role.”

RELATED: Why Customer Experience Welcomes Any and All Ages to Apply

I call these “Whale Fears.” In my experience, buyers and influencers in big companies fear four things:

Change in an enterprise causes disruption to everyone’s routine. People fear that they may have to move to a new department with new people, be demoted, transferred to a new location, learn new skills that frighten them, do things they don’t want to do with people they don’t want to work with, lose their job entirely. Faced with change, they will resist if they can.

Internal conflict troubles the leaders and key decision makers. Yes, they control the decision; but if the influencers don’t like it, there will be trouble. Why live with in-fighting, complaining, and turf wars? It’s much easier to go with a safe solution (maybe the incumbent, or let an inside team do the project instead of outsourcing it) or simply stay with the status quo.

Buyers fear that a small company, unknown to them, spells extra work. They will have to teach you everything about how a big company operates. Maybe you don’t know their industry. You are inexperienced. You’re bringing some “new thing” into a company that has done very well with its well-developed ways of doing business—it’s SOPs and Process Manuals. What if they don’t like your people? Will they get the A team or the B team? They think, “Better to do it ourselves, stay with the vendor we know, or simply do it the way we’ve always done it.”

The deepest fear driving buyers’ decisions is fear of making a mistake—fear that they will choose you and you will fail.  They may, in fact, fear that they will cause you to fail. Enterprise companies are notoriously slow to pay. Leaders and financial influencers worry that you won’t have enough cash to wait 90-120 days for payment or you don’t have a big enough line of credit to make the up-front investment that a multi-million contract requires. Is your company mature enough to stay in business throughout the proposed project length, and beyond for service and renewals?

If they choose the status quo, they’ll not be held accountable individually. If they choose a big brand name and that company fails, no one can really blame them for a bad decision. But if you fail—heads will roll. And theirs will be one of them! Entirely too risky!

In my next article, we will cover how to bust these fears and land the deal. 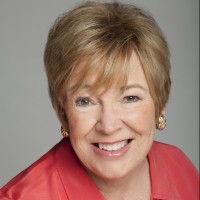 Barbara Weaver Smith
@barbara-weaver-smith
Founder and CEO
The Whale Hunters
More in this channel
30 days in 30 minutes: Stories from Experts to Turn Your Demos into Revenue

6 Change Management Hacks for Sales and Marketing Alignment that Lasts

Advice For Economic Downturn: Think Inside the Box