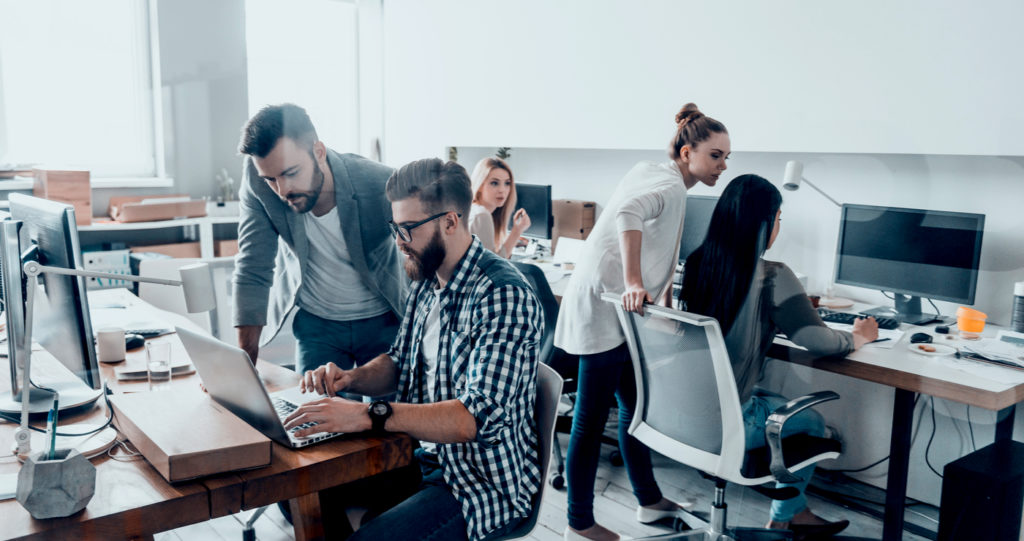 The term Revenue Operations (“RevOps” for short) is all the rage lately. In fact, it’s one of the fastest growing titles in tech.

But RevOps is a relatively new role in the sales environment, so there’s a lot of confusion about what it is and how it’s different from Sales Ops. If that’s you, keep reading.

In this post, I’ll explain what RevOps is, why it is suddenly so popular, and how it will impact the future of sales.

If you’ve been wondering, What is revenue operations? or How is it different from Sales Ops? Here’s the answer you’ve been looking for.

Traditionally, each division within a company has its own operations team, each of them reporting to the functions they serve.

In each of these cases, the teams’ priorities are set by their respective leaders. And for the most part, this works.

Except when it doesn’t.

The challenge is that, with this approach, each function is siloed. Each operations specialist has different priorities, goals, and incentives.

Worst of all, with siloed operations, small issues can spin out of control because the organization lacks a single person with deep operations experience and a clear view of how the various systems and processes work together.

RevOps was developed as the solution to this problem.

So what is RevOps, exactly?

It’s a centralized function that consolidates these historically-siloed operations teams. It is a single team that serves all revenue-generating business units, including:

What Does RevOps Do?

The RevOps function is responsible for the processes, systems, and data that their client functions use every day.

While much of this work revolves around tool implementation and administration, it also involves process design and documentation. Essentially, the operations team is responsible for building the tracks and keeping the trains running on time.

Unlike traditional operations teams, RevOps is intentionally separated from the teams they serve. RevOps reports into the organization’s senior leadership — generally a Chief Revenue Officer or Chief Operating Officer. 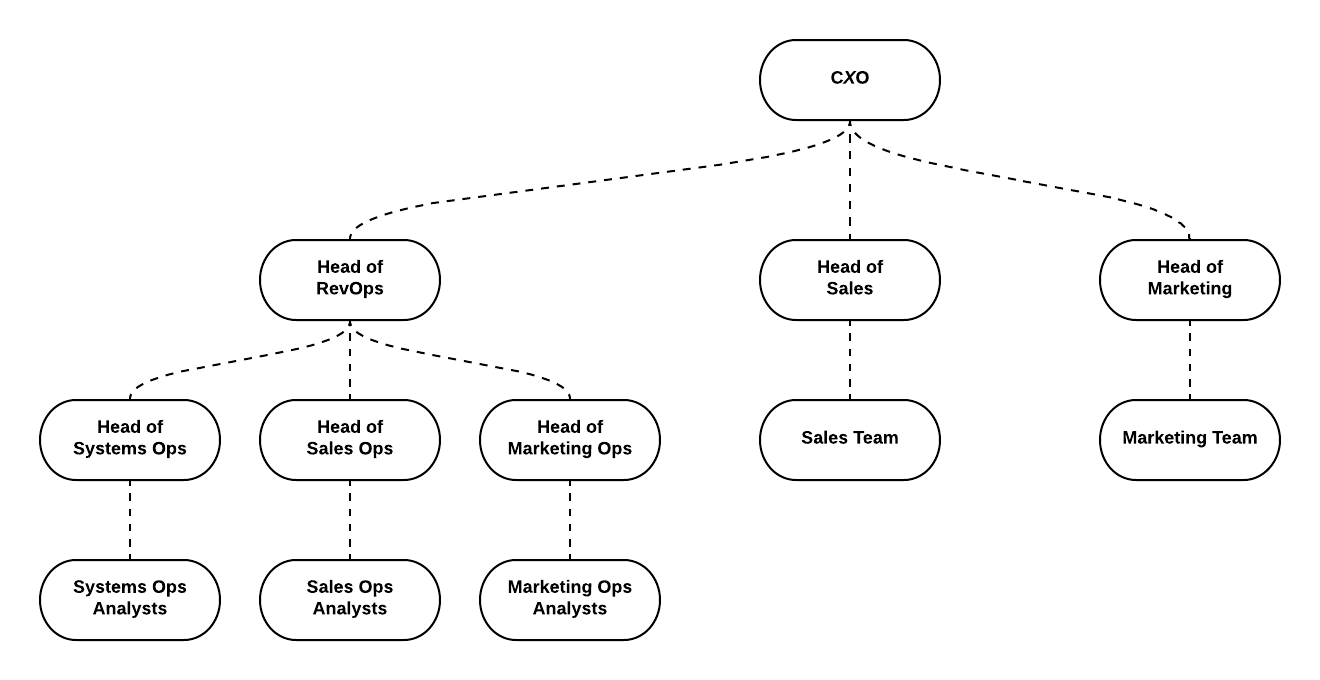 Why Is RevOps Booming Right Now?

Companies are starting to embrace RevOps because the old approach of siloed operations teams isn’t working anymore. There are two trends that are quickly making the old style of separate sales, marketing, and CS operations obsolete:

The traditional sales and marketing funnel — which included clean handoffs between Marketing, Sales, and Customer Success — has been replaced by a funnel where all client-facing teams have responsibilities throughout the funnel.

I like to call this the “revenue funnel” because it grew out of companies embracing account-based sales and marketing strategies. Client-facing teams work together like never before.

Here are a few examples of this shift:

Tools: Today, tools are shared between teams more than ever before. 6Sense, Engagio, Outreach, and DiscoverOrg are just a few examples of tools that serve multiple client-facing teams.

SDRs: The sales development function once belonged exclusively to the sales team, but the past few years have seen this changing quickly. In 2018, only 65% of SDR teams reported to sales, according to the Bridge Group’s 2018 SDR Metrics & Comp Report.

CROs: According to Salesforce, Chief Revenue Officer is a new title that began appearing about five years ago. This trend speaks to the pressure companies feel to take a holistic approach to generating revenue.

“Over the last 7 years I’ve seen organizations evolve from a fragmented customer lifecycle that was individually defined by each customer facing team to a comprehensive approach where teams collaborate throughout the sales, marketing, and CS funnel.”

The aforementioned shift in the sales, marketing, and CS tools market is a direct response to this new paradigm. Companies are utilizing more tools, including data providers, than ever before. Many of these tools are cross-functional.

Now that teams share multiple tools and sources of prospect data, implementing and maintaining those systems and associated processes requires careful coordination. When one team owns a system used by many teams, problems can happen.

Most CS and marketing folks who use a CRM know exactly what I mean.

“I have worked in marketing operations for the past six years. The biggest change I’ve seen in that time is the emphasis on Account-Based Everything. Sales needs to understand where leads are coming from, what marketing has done to convert them into MQLs, and which target accounts are most ready to buy. It is more important than ever to keep your CRM and Marketing Automation systems aligned. Every change you make needs to be accounted for in both systems, collaboration between marketing and sales is critical.”

How Will RevOps Affect the Future of Sales?

Strong, centralized operations functions will have a profound effect on sales teams in the coming years. Well-run RevOps will be a competitive advantage for early adopters for three important reasons: focus, coordination, and incentives.

Every minute client-facing teams spend trying to use poorly built systems or hack solutions to process gaps is a minute that they’re not focused on winning market share.

Today most teams struggle with relatively simple operational tasks. De-duplicating, uploading, and assigning event attendees lists can take days. Closing an opportunity can feel like a trip to the DMV for Account Executives and Account Managers.

Offloading Ops projects to a centralized team means the work will be handled by specialists with a birds-eye view of all client-facing teams’ systems and processes.

Traditional Operations teams are rarely in a position to make unbiased decisions that are best for the company. Instead, they have strong incentives to do whatever is best for their respective functions.

RevOps teams limit conflicts of interest that exist when operations specialists report into the teams whose KPIs and commissions they calculate.

The result? Cost savings and more efficiency across the company.

The companies that invest in a quality RevOps function first will have a massive advantage. For some, that means hiring a strong leader and qualified internal specialists.

For those that don’t have the budget or bandwidth to build an internal RevOps function, it will mean finding a qualified outside provider to bridge the gap until they are ready for a full team. “Do I Need Salesforce?” Find Out With This 3-Step Checklist

For Operations Teams, Saying No Is a Critical Skill